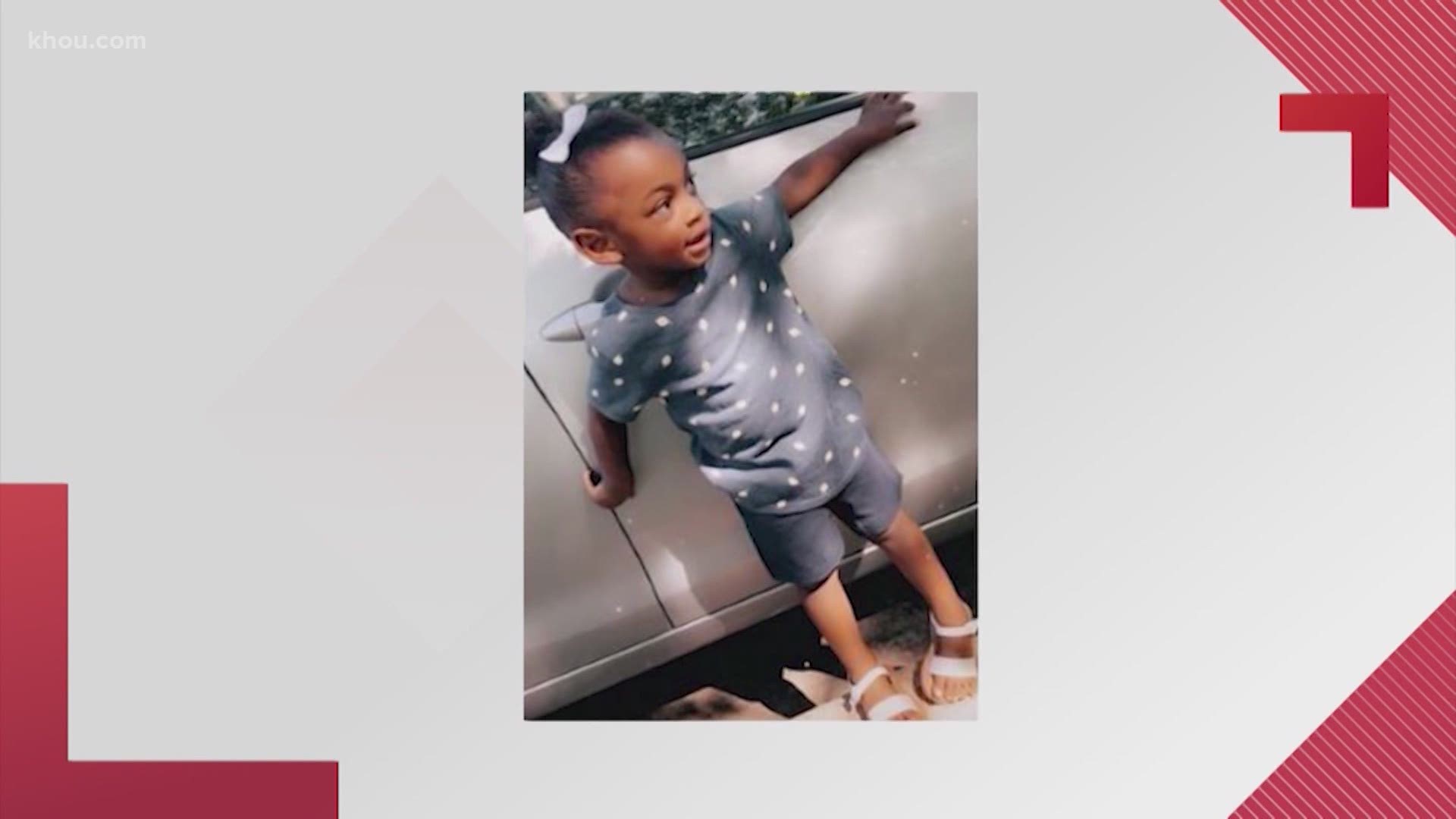 HOUSTON — Houston police say they believe a body found 25 miles away from where a 2-year-old girl was reported missing Saturday is that of Maliyah Bass.

A jogger spotted the girl's body floating in the water on Sunday morning.

Investigators said a woman was jogging near the bayou about 10:30 a.m. when she spotted the child. Houston Fire Department water rescue teams went out and recovered the child, who was pronounced dead at the scene at 11:19 a.m.

Acevedo said it's too early to confirm it is Maliyah but "most likely" it is her.

"We believe that, although we can't confirm it's her, we believe there's a high probability of it being her," Acevedo said. "We don't want to give people false hope. We want to hold on to a little hope, but we want to prepare for the worst."

Houston police say there’s a high probability body found in Brays Bayou is two-year-old Maliyah Bass. They say they did everything in their power to search for her. Chief @ArtAcevedo says he believes foul play was involved. #KHOU11 pic.twitter.com/qm2cXrfqBb

For now, the police department is conducting a murder investigation. No charges have been filed and officers are still searching for leads.

"We really believe this is foul play," Acevedo said.

Acevedo asked residents and business owners in the area to check their camera systems. They're looking for any suspicious activity within the past 24 hours.

Brays Bayou runs about a mile away from the apartment complex where the toddler disappeared.

Maliyah, who goes by the nickname "Tootie," was last seen Saturday morning in the 10600 block Beechnut Street. She was reportedly playing at the apartment's playground when she vanished.

The boyfriend of the mother of Maliyah Bass spoke to reporters at the location where the body was found.

He claims police did not perform an adequate search for the child.

“The community did better than the police did and my baby could’ve been anywhere at any time,” Thompson said.

Acevedo said officers did everything in their power to search for the missing girl.

Acevedo said it wasn't an accident and believes foul play was involved, however, he says they currently do not have any suspects.

“That’s my baby,” Thompson said. “She knows her ABCs. She knows her 123s. She knew how to talk because of me and her mother. She was smart she was growing up to be something.”

If you have any information related to the case, please call Crimes Stoppers of Houston at 713-222-TIPS (8477) or HPD homicide investigators.