A San Antonio couple shared their experiences going through the family-based phase of Child Protective Services. 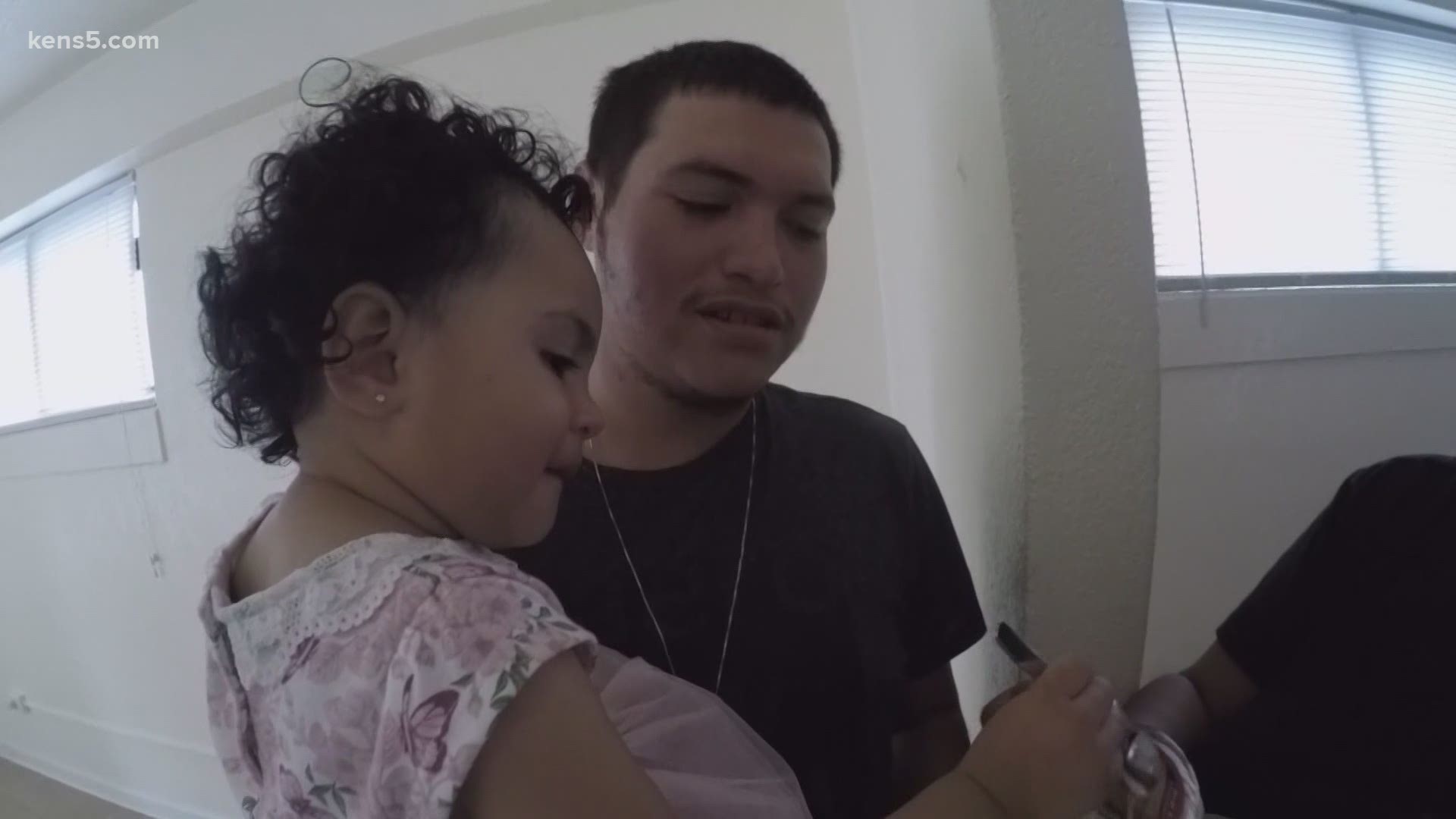 SAN ANTONIO — Anfernee Sandoval remembers his relatives fighting as he and his younger brother were removed from their home by Texas Child Protective Services.

“I still remember to this day like it was yesterday,” Sandoval told KENS 5. “They just come in and they just take you.”

Now a father himself with another baby on the way, the department again found its way into his life after a domestic violence incident between him and his partner, Veronica Sangbong. The incident happened while the couple was living in a shelter. Now living in their own apartment, Sandoval recalled how stressful the living situation was as he maintained his sobriety and attempted to get back on his feet financially.

The pair was referred to a Child Protective Services investigator who was tasked with analyzing the strengths and weaknesses of the living environment in which their 1-year-old child, Giovanna, was being raised.

“I feel like anyone that goes through CPS as it first starts up, it's overwhelming and overthinking because you never know what could happen,” Sandoval said.

The overwhelming feeling soon become relief when the couple was connected with their family-based safety services specialist, Jennifer Patrick, who works with CPS.

However, in cases where immediate removal is not warranted, the family moves to a family based plan and works with CPS staff like Patrick, who create a family safety plan.

“I think the biggest misconception a lot of parents have is that CPS is automatically going to go in and take their child,” Patrick said. “That is far, far from the truth. What we do is we try to do what's least intrusive for the family.”

In Sangbong and Sandoval’s case, the couple was connected with counseling, parenting classes and other community-based services.

“I think that's the huge strength about family-based (services),” Patrick said. “We're able to break down a lot of those barriers that the families have. A lot of them come into it with a lot of denial or minimization and after partaking in a lot of these community based programs or interacting with the families and really engaging in real truthful conversations, they're able to identify a lot of those things that occurred. And it helps them take full accountability for those actions that did take place.”

Sangbong has completed her classes, while Sandoval has more to finish. The couple’s advice to those involved with CPS: It gets better.

While CPS’s  intervention ends once parents complete the family-based services phase, for other families the situation sometimes ends differently.

“Unfortunately, it does not always help and it leads to removal,” Patrick said. “And that is where conservatorship comes in if it needs to be taken.”

Patrick stressed conservatorship – instances in which a child or children are removed from the home – is resorted to in severe cases of abuse or neglect where the child is at risk of immediate harm.

Sandoval said his deep understanding of the lasting trauma caused by removal has motivated him to learn ways to be a better parent and partner.

The couple is working toward filling their new apartment with furniture and full-time employment.

If you suspect neglect or abuse, you can call the Texas Abuse Hotline which is staffed 24/7 at 1-800-252-5400. If the report is not urgent you can report the suspected abuse or neglect online at https://www.txabusehotline.org/.

The Texas Department of Family and Protective Services website also has a host of links to other websites with parenting tips and more.