Chick-fil-A is the fast-food king, according to restaurant study

The American Customer Satisfaction Index’s special COVID-19 restaurant study is based on interviews with 9,511 customers. 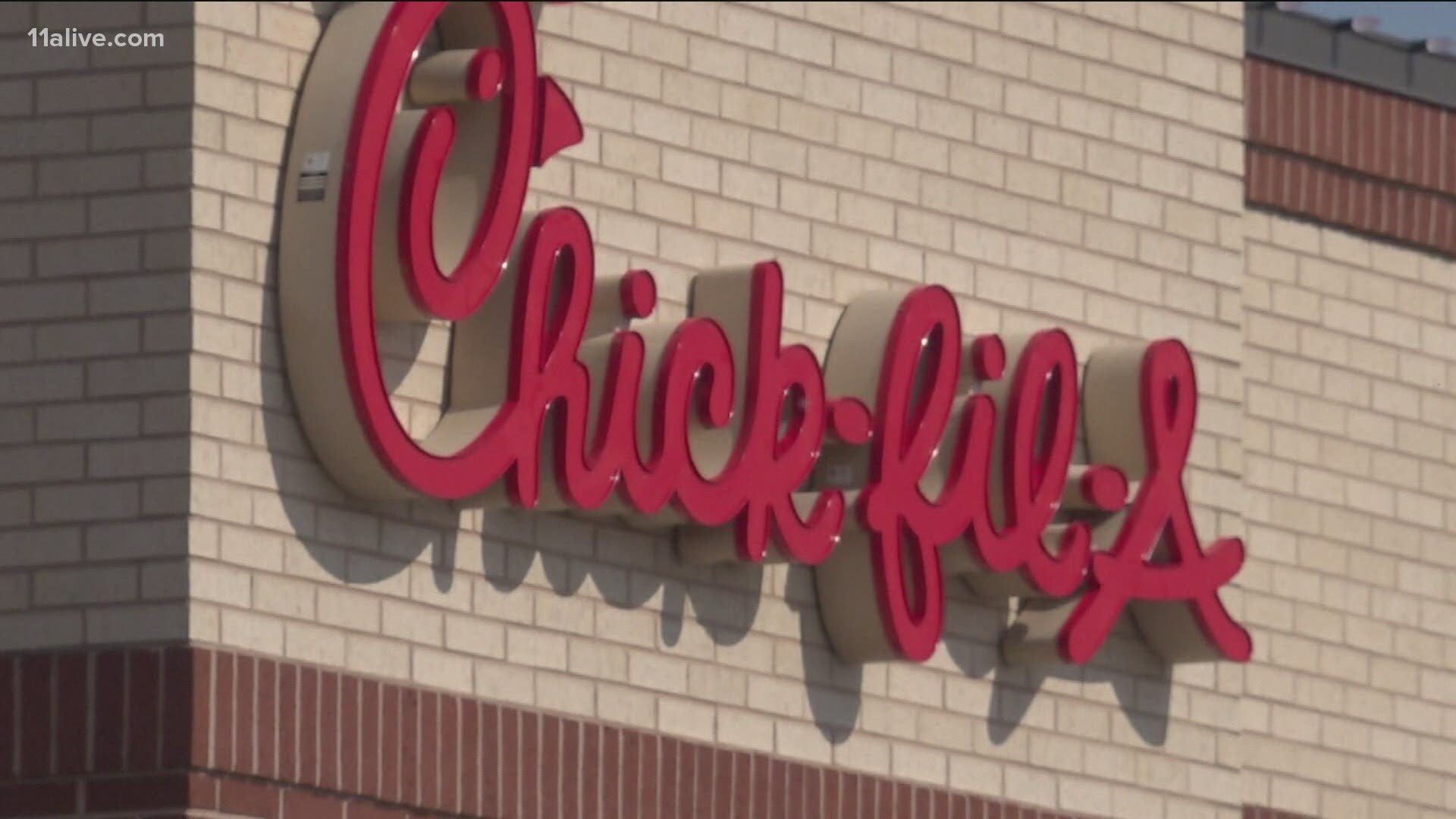 ATLANTA — Chick-fil-A is the “King of Fast Food," according to the American Customer Satisfaction Index (ACSI) Restaurant report for 2019-2020.

The American Customer Satisfaction Index’s special COVID-19 restaurant study is based on interviews with 9,511 customers. The study revealed full-service restaurants outperformed the fast food industry in customer satisfaction at the start of the pandemic.

The study took place between April 2019 and ended March 2020, that final month, of course, marking the start of the pandemic when families were ordered to stay at home.

According to the study, customer satisfaction with full-service restaurants stumbled 2.5% to a score of 79 (falling below 80 for just the second time) while limited service (fast food) restaurants dropped 1.3% to 78.

“Given the shutdowns and setbacks, it’s pretty remarkable the restaurant industry was able to meet customer demand, and in many cases, go above and beyond,” David VanAmburg, Managing Director at the ACSI said in a statement. “Full-service restaurants showed tremendous adaptability by how quickly they pivoted from traditional dine-in to takeout and delivery options. As the industry becomes even more digitized, restaurants’ ability to evolve with the times should only benefit them moving forward.”

Chick-fil-A holds the crown on the fast-food segment with a stable ACSI score of 84, followed by the group of smaller fast-food chains (unchanged) and Domino’s (up 1%), which tied at 80. Domino’s improved across all benchmarks, with the exception of food variety.

Pizza Hut climbed 3% to a score of 79, joining KFC, which remained steady. Chipotle tumbled 3% into a tie with Starbucks (unchanged) at 78. Customers were more disappointed with Chipotle’s staff courtesy, checkout/delivery speed, and beverage variety in the past six months.

Click here to view the full size of the image.

Last month, Chick-fil-A was reported to be the most popular drive-thru service, but also the slowest. The restaurant landed a No. 1 ranking for accuracy, customer service, and taste - but not speed.

This information came from the Quick-Service Restaurant Drive-Thru study, an annual industry report released by market research company SeeLevel HX. The study examined drive-thru services nationwide. QSR has released the study for the past 10 years, according to Food & Wine.

The average cost for a meal is estimated at $6.83.