Chaos over chicken at south-side Popeyes

A video shows an employee chucking a tray at a woman, and she throws it right back. 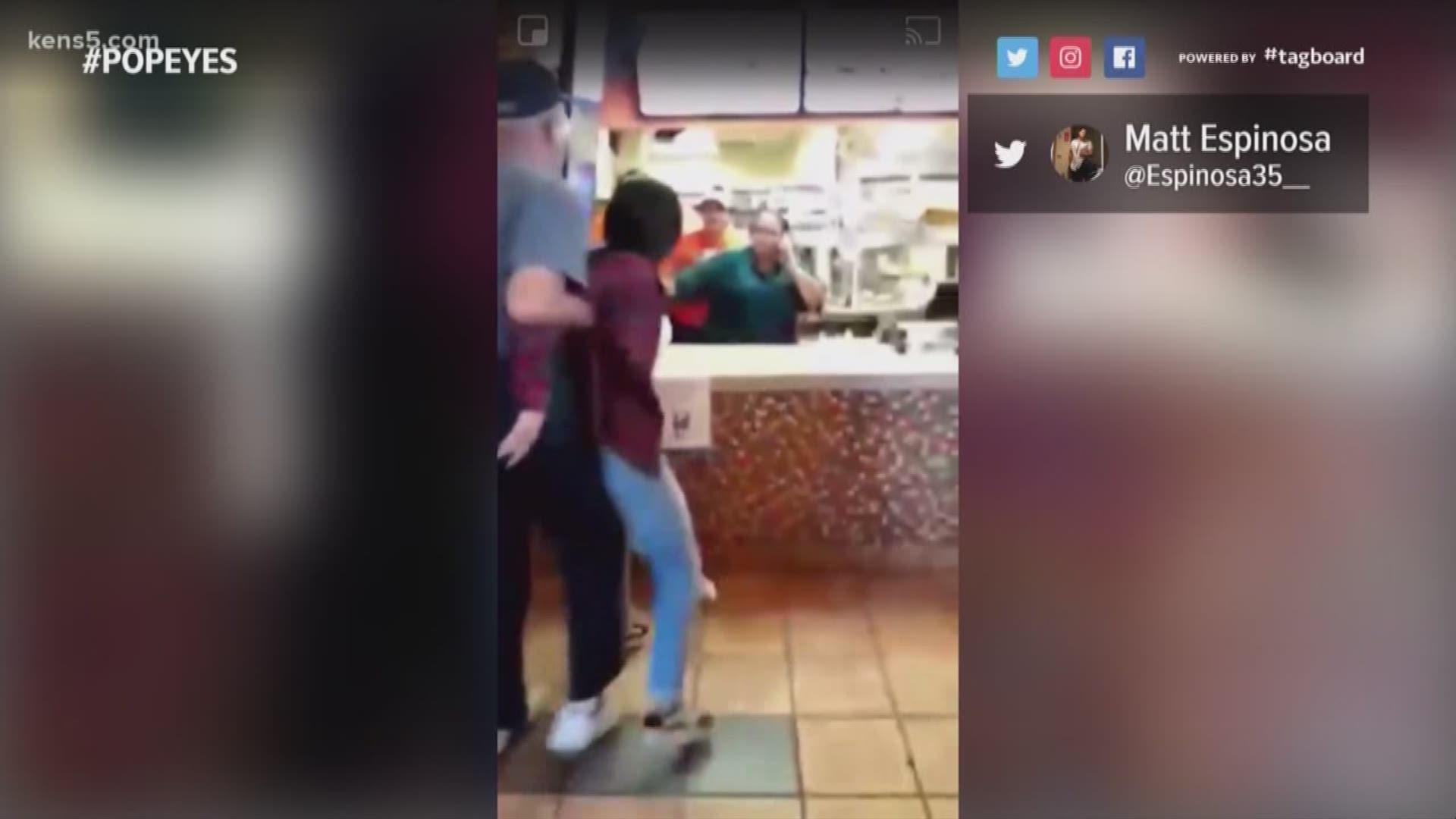 SAN ANTONIO — Chaos over chicken. There is dramatic video of a fight inside a Popeyes on the south side. The altercation appears to involve an angry customer, an employee, and a bystander who was just trying to stop the violence.

Police responded to disturbance on Tuesday at the location on Southeast Military Drive. Valarie was an eyewitness.

"People started yelling and trays started flying," she said. "Like, what the heck. It is just a sandwich. It is not even a big deal."

San Antonio Police said a customer was angry over waiting in a long line at the drive-thru for a chicken sandwich. According to police, she got even more heated when she was told she had to pay extra for sauce. She reportedly threw her mashed potatoes at the drive-thru and rushed inside.

The young woman started to confront employees.In the video, you see an employee chuck a tray at the woman and she throws it right back. A man wearing a veteran's hat stepped in to restrain her.

"The veteran was kind of able to slow her down," Valarie said.

However, the video appears to show her take a swing at him, too. Police were called, but by the time they arrived, they said the woman was gone. Valarie, who was with her two daughters, said this altercation should have never happened.

"Even the cashier should have said, 'just leave already,'" she said. "Here's your sauce."

Management at the location told KENS 5 they could not comment on what happened. KENS 5 is still waiting to hear back from corporate as well.

This Popeyes location is no stranger to controversy. Back in July, a customer told KENS 5 an employee at the chicken chain assaulted him for making a complaint. In the video, you see the employee appear to slap the phone out of the customer's hand.

Bock off! Shiner Beer fires back after Karbach ads pop up around brewery’s hometown