Campers felt the bus shake and saw smoke. That's when the driver and kids got off the bus. 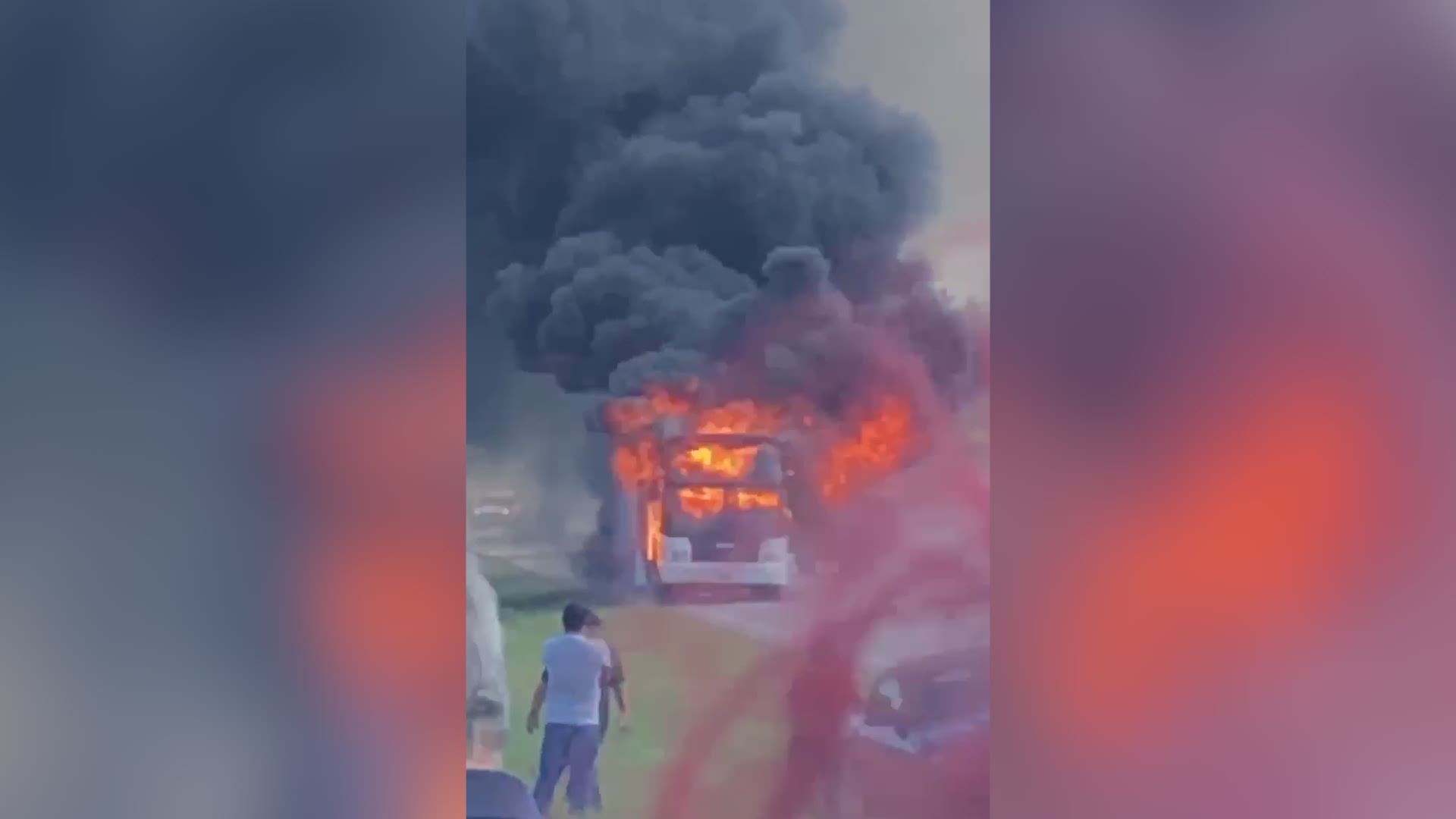 SAN ANTONIO — Viewer video shows a summer camp bus exploding in the Marble Falls area. The campers are from the San Antonio area and were on their way back from the camp, according to the witness who captured the video

The kids were coming from Camp Buckner in Burnet, Texas, according to the camp's director. The kids involved were in the 6th through 12th grade and attend Summit Christian Center in north Bexar County.

The viewer says her daughter and the other campers felt the bus shake and saw smoke. That's when the viewer says the driver and kids all got off the bus.

The bus exploded minutes later, according to the viewer.

Six kids were taken to the hospital for smoke inhalation, but are doing fine, according to the camp's director confirms that all of the campers and the driver are ok.

All the kids arrived safely back to San Antonio Thursday afternoon. A parent told KENS 5 that another bus was on the trip and they packed the all the campers in it to get them home. They have arrived back in San Antonio.

KENS 5 reached out to the National Transportation Safety Board about the explosion. The NTSB said they are unaware of the incident and weren't sure if they would lead the investigation. At this time, local authorities are investigating. 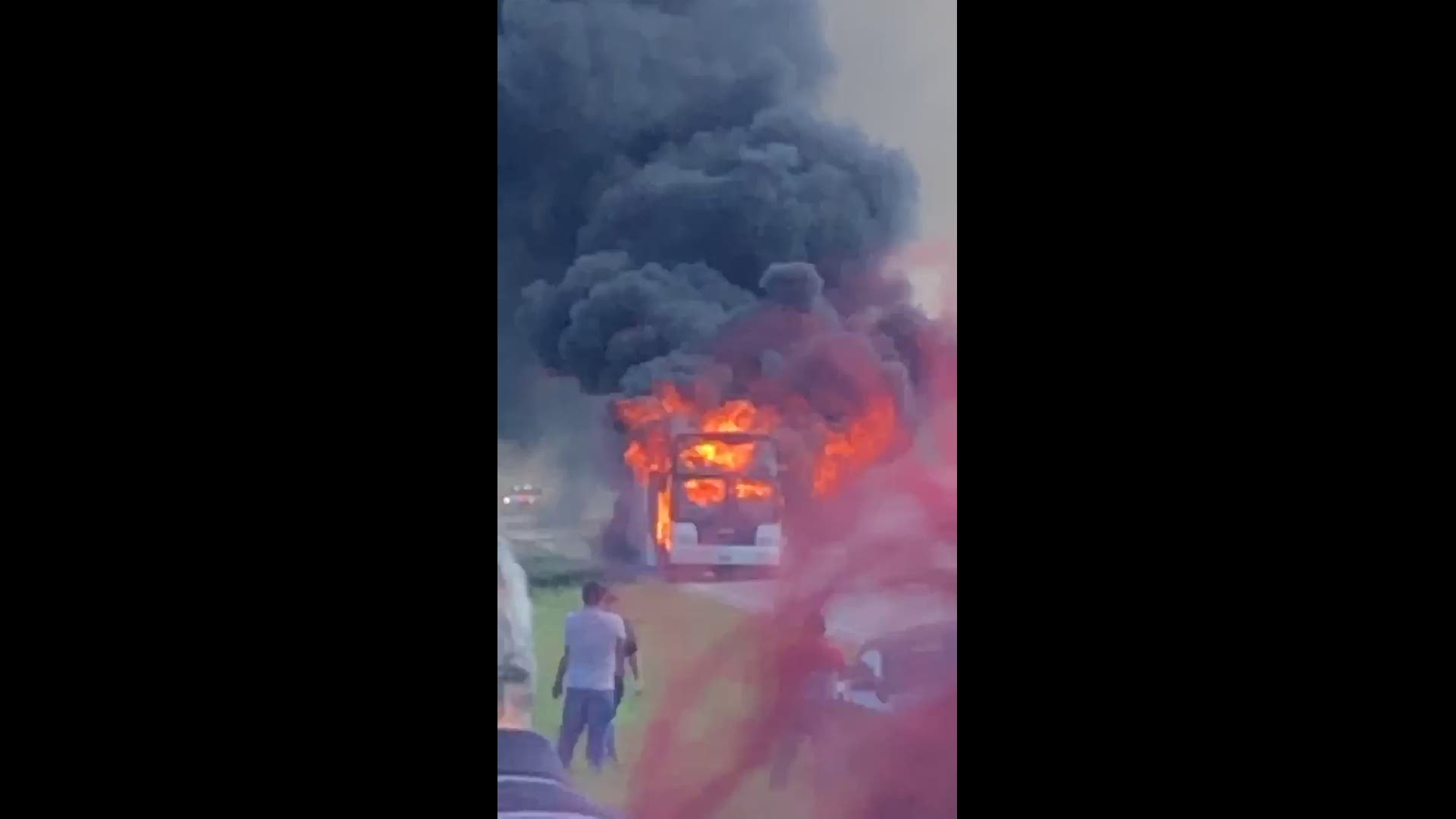 This is a developing story and further details will be added as they are received.