The Commissioner attended the funeral of the first Border Patrol Agent in the Del Rio Sector who died in the line of duty after a losing battle with the coronavirus. 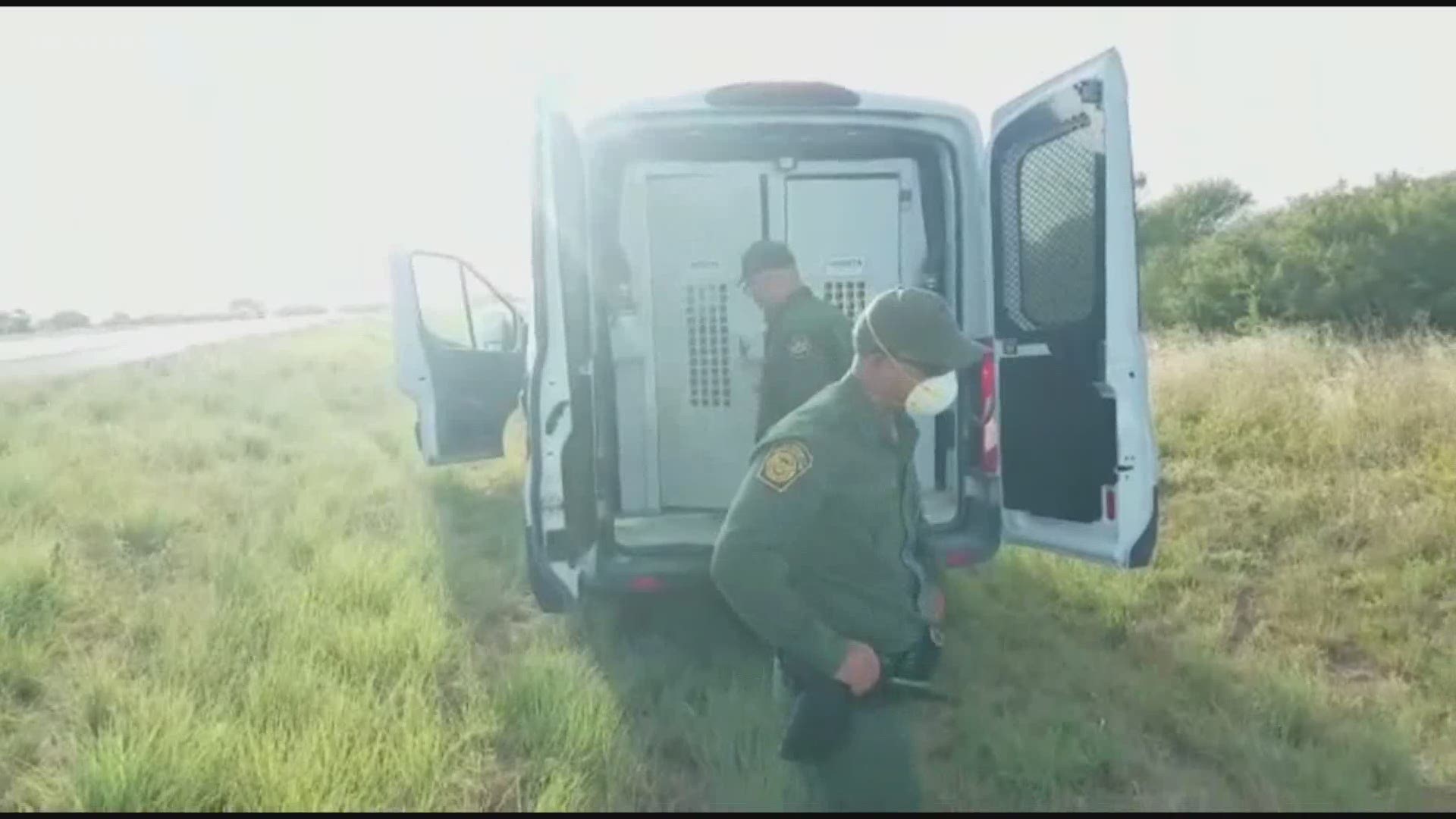 EAGLE PASS, Texas — People traveling across the U.S. border illegally are being returned just hours after being taken into custody.

It’s part of a plan to prevent the spread of the coronavirus from undocumented immigrants and protect field agents from exposure.

Officials say the rule, known at Title 42, has decreased crowds in processing centers on the border, but some question if the policy is effective at keeping agents safe.

Officials said Aguilar died from complications related to the coronavirus, the first COVID-19 related death of a Border Patrol agent in the Del Rio Sector.

“I'm the acting commissioner. There wasn't a question for me to be here,” said Morgan. “We have these men and women out there every single day risking their lives. They're unsung heroes. The work they do is unbelievable. Most Americans have no idea.”

KENS 5 spoke with Morgan exclusively on Saturday when he was in Eagle Pass about Title 42 and asked how the policy is effectively protecting agents on the front lines, especially after the death of Aguilar.

Morgan first said he wanted to clarify that Title 42 is not in place as a way to stop illegal immigration.

“This is not an immigration enforcement tool. This is a public health tool,” said Morgan.

Morgan said the health directive came from the Centers for Disease Control.

“They actually directed, mandated that CBP actually prevent folks that are trying to illegally enter from being introduced into our congregate settings. They determined that that was dangerous for the agents themselves, for the migrants themselves, as well as our local health care systems,” said Morgan.

Title 42 allows for Customs and Border Patrol agents to quickly process and expel illegal immigrants back to Mexico. The policy is also in effect at the Canadian border.

Morgan said agents have returned more than 100,000 migrants since March.

“90 percent of those we encounter, we return within two hours,” said Morgan.

Morgan said the policy cuts down on migrants being housed in large numbers at CBP processing centers.

“That's actually another safeguard for our men and women. Instead of bringing them into our congregate settings and exposing the agents and officers to days and days of these folks and our custody numbers are way down,” said Morgan.

The Commissioner said apprehensions and migrants in CBP custody have decreased significantly since last year.

However, some have argued that Title 42 measures are creating a revolving door for illegal immigration and human smuggling.

“So now what we're seeing is about 75 percent Mexican nationals, the majority of them being single adults. So right now, with the Title 42, what we are seeing is increased recidivism rate,” said Morgan.

The Commissioner’s visit to South Texas comes a week after a fatal rollover crash in Kinney County, officials said was a result of a human smuggler leading authorities on a high-speed chase down a rural country road.

Three migrants died in the accident, others were taken to the hospital in critical condition.

Kinney County officials said a few of the migrants taken to the hospital were tested and were positive for the coronavirus.

While it’s unclear how Agent Aguilar contracted the virus, his death was considered a line of duty death.

Even though agents are not equipped to test migrants in the field, Morgan defends Title 42 and said the positive tests are rare.

“Unfortunately on a regular basis, we come across illegal aliens that are injured, some of them seriously injured. We take them to the hospital to get medical attention and then we find out they're tested positive. But right now, that number is only about 60,” said Morgan.

Morgan said he acknowledges the dangers agents on the front lines face every day.

“I know the hearts of these men and women. I know what's in their character. I know what gets them up every single day. I've been there. They are good, decent people who have dedicated their lives to be a part of something greater than themselves,” said Morgan.

“But make no mistake what these agents and officers do. They are heroes,” said Morgan.