A Cars and Candy event raised money and awareness to help the homeless and marginalized in San Antonio. 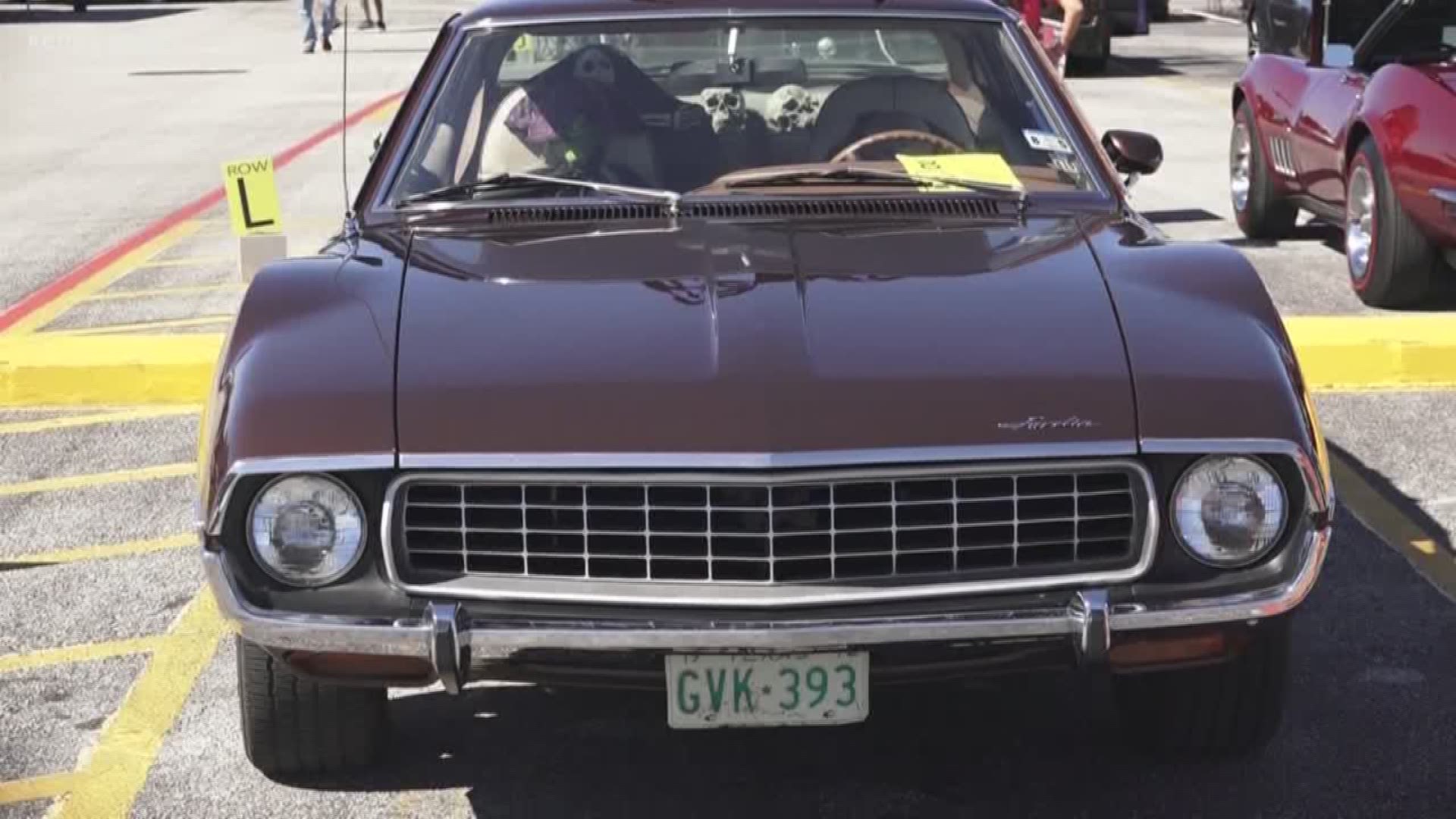 The weather was perfect on Sunday for the Second Annual "Cars and Candy" event happening at Blossom Athletic Center. The De Novo Foundation started the event last year to assist the marginalized and homeless to create a new beginning for their lives.

"They help the homeless getting back on their feet by training them with a skill and getting them back into the world," said Phillip Reese, who drove down from Austin to take part in the event founded by two of his good friends, one of whom crawled in to the show featuring a sweet ride. “He and his partner love Halloween. It's a 1972 AMC Javelin SST."

There was even a 1979 Rolls Royce, which was driven by the royal physician to the British royal family. But now it’s driven by another bloke.

"It has the best AC system of any car, modern or classic, cool you off so quick it's almost instant. And it's really great in the Texas heat," said Adam Brunkhorst, who took his nan to church in the light blue and blue lighted buggy. "She liked the seats, and since it's a right-hand drive, she sat on the left and got a real kick out of that."

Brunkhorst said that he does get a few funny looks when he drives, especially since the plate on the back is registered to Buckingham Palace and is worth more than the car itself.

"They'll honk and they will drive really crazy to try to get your attention, and I just wave or give them thumbs up because it's a cool car," he said.

The car used in "Driving Miss Daisy" made an appearance, along with hot rods that had names like Francesca, Elkie, and Maria. They were all in the lot for a good cause.

"They are a great organization that helps get people back on their feet and really give them a second chance after they've had hardships,” Brunkhorst said.