There were no reported injuries.

SAN ANTONIO — A car ended up in the San Antonio River after the driver lost control Monday, authorities said.

Two groups of students were driving in separate cars when one of the cars lost control on an incline, tried to gain control but overcorrected and drove into the river, officials said.

Officials said the car, that was still running and leaking oil, was being pulled out of the San Antonio River. Booms were down in the river collecting the oil.

There were no injuries reported. 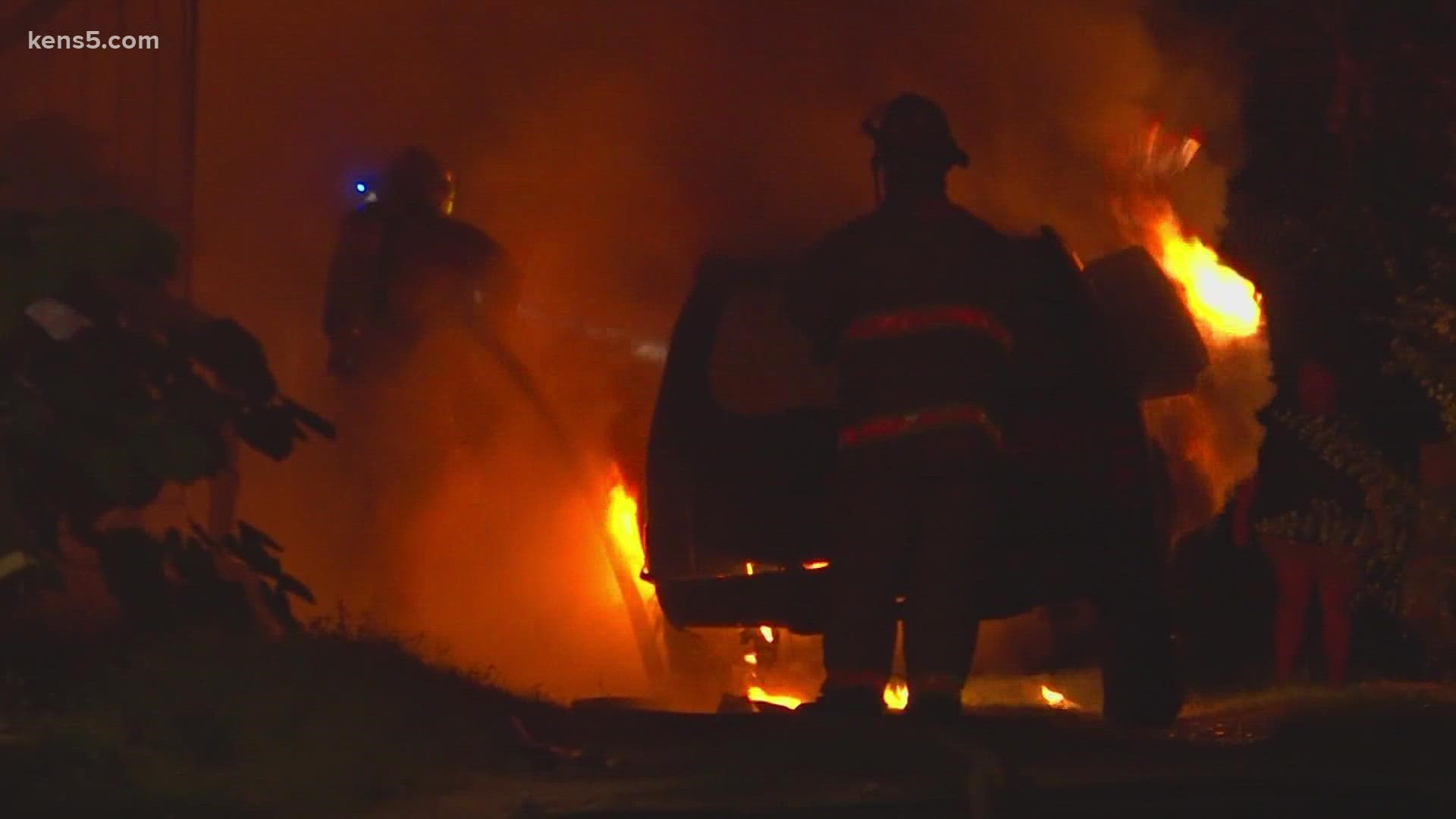