The store clerk was taken to the hospital in stable condition. Investigators said the driver mistakenly hit the gas instead of the brake when arriving at the store. 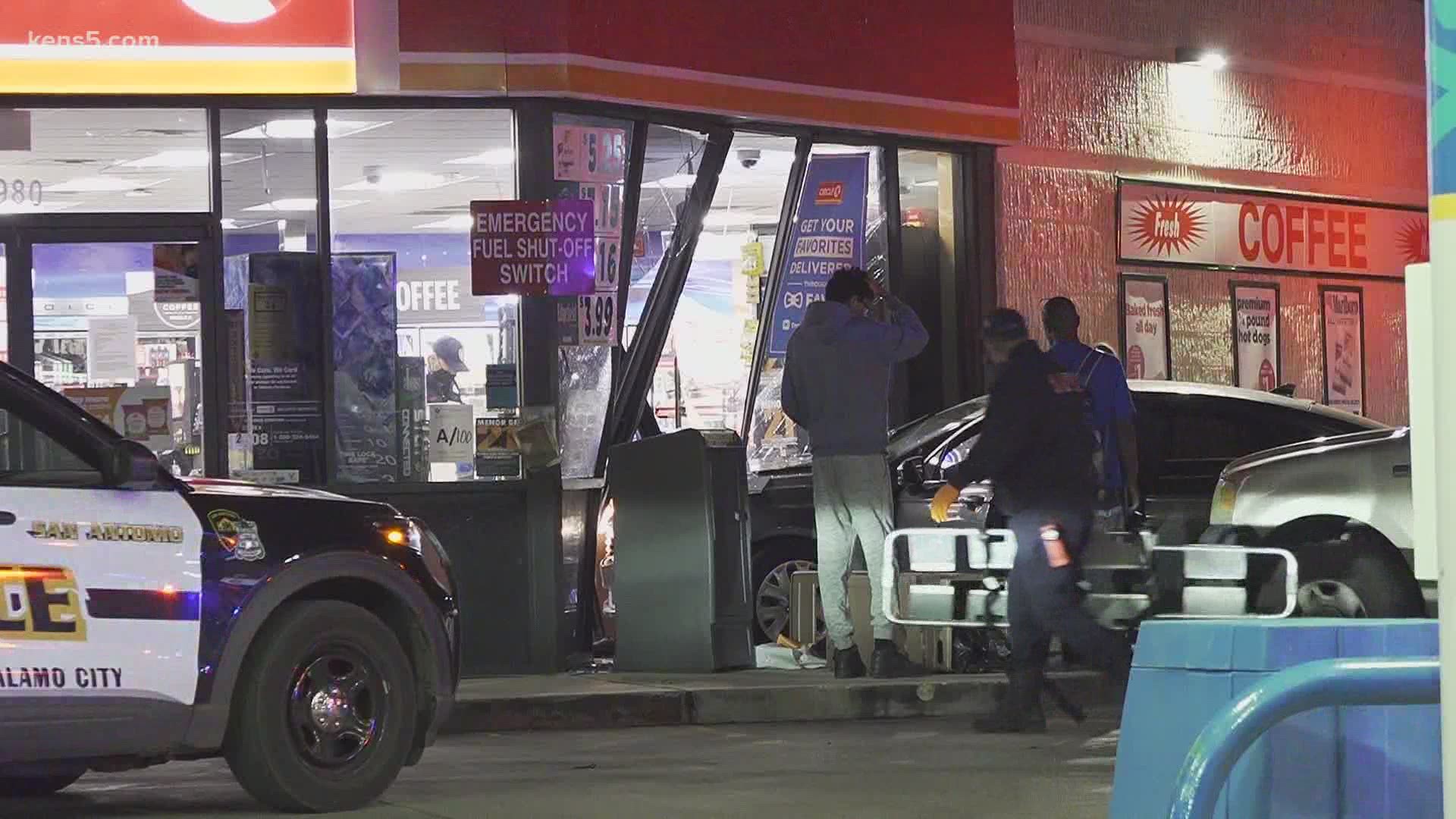 SAN ANTONIO — A convenience store clerk got quite a surprise overnight when a car crashed into the southwest-side store he was working in. According to the San Antonio Police Department, the woman mistakenly hit the gas pedal instead of the brake.

The crash happened around 3:30 a.m. at the Circle K in the 5900 block of Old Pearsall Road, near Indian Creek Elementary School.

The store clerk suffered some injuries and was transported to a local hospital via ambulance. He was said to be in stable condition.

According to SAPD, the driver thought she was hitting the gas pedal when she arrived at the store, but instead hit the brake pedal.

Officers at the scene said no charges are expected to be filed because it was just a simple accident.