Two people inside the vehicle were taken to the hospital. One person has died. 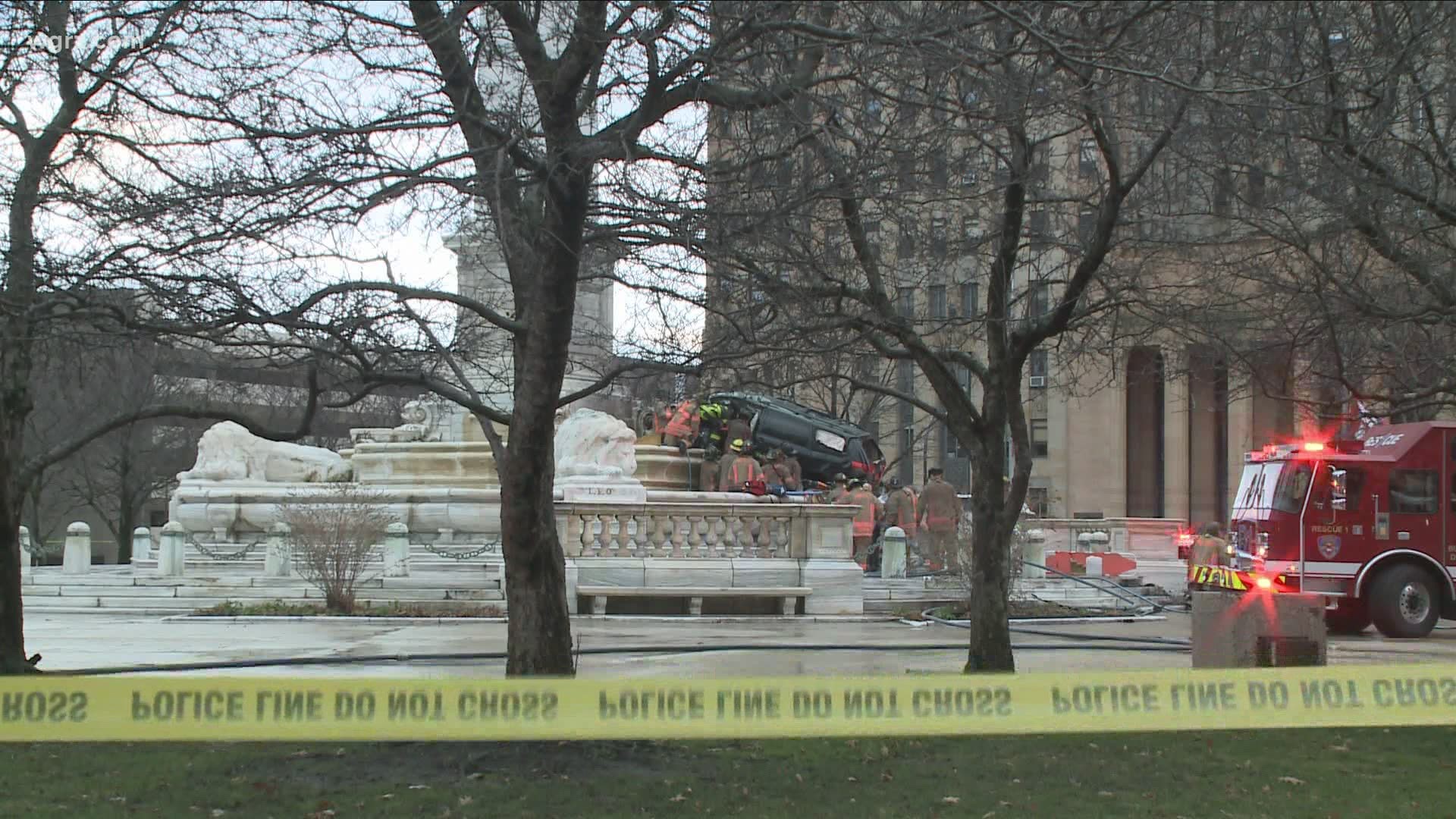 BUFFALO, N.Y. — One person had died and another injured after a vehicle crashed into the monument in the middle of Niagara Square on Thursday morning.

Early Thursday morning a minivan crashed into the McKinley Monument, in the middle of Niagara Square near Buffalo City Hall. The Police Department said the car was traveling southbound at a high speed on Delaware Avenue before hitting the monument.

Buffalo Police Captain Jeff Rinaldo tells 2 On Your Side that both the male driver and female passenger of the vehicle suffered serious injuries and were taken to the hospital. Buffalo Police say the woman, identified as Angel Marie Cobb, 34, of Buffalo died from her injuries.

The 40-year-old male driver of the vehicle is in critical condition at ECMC.  Police have not released his name.

Captain Rinaldo says the accident was caught on the city's safe cameras, but they are looking for anyone who might have witnessed the accident.  If you have any information, you're asked to contact the Buffalo Police Confidential Tipline at: 716-847-2255.