The pursuit lasted nearly an hour and weaved through residential neighborhoods. No one was injured. 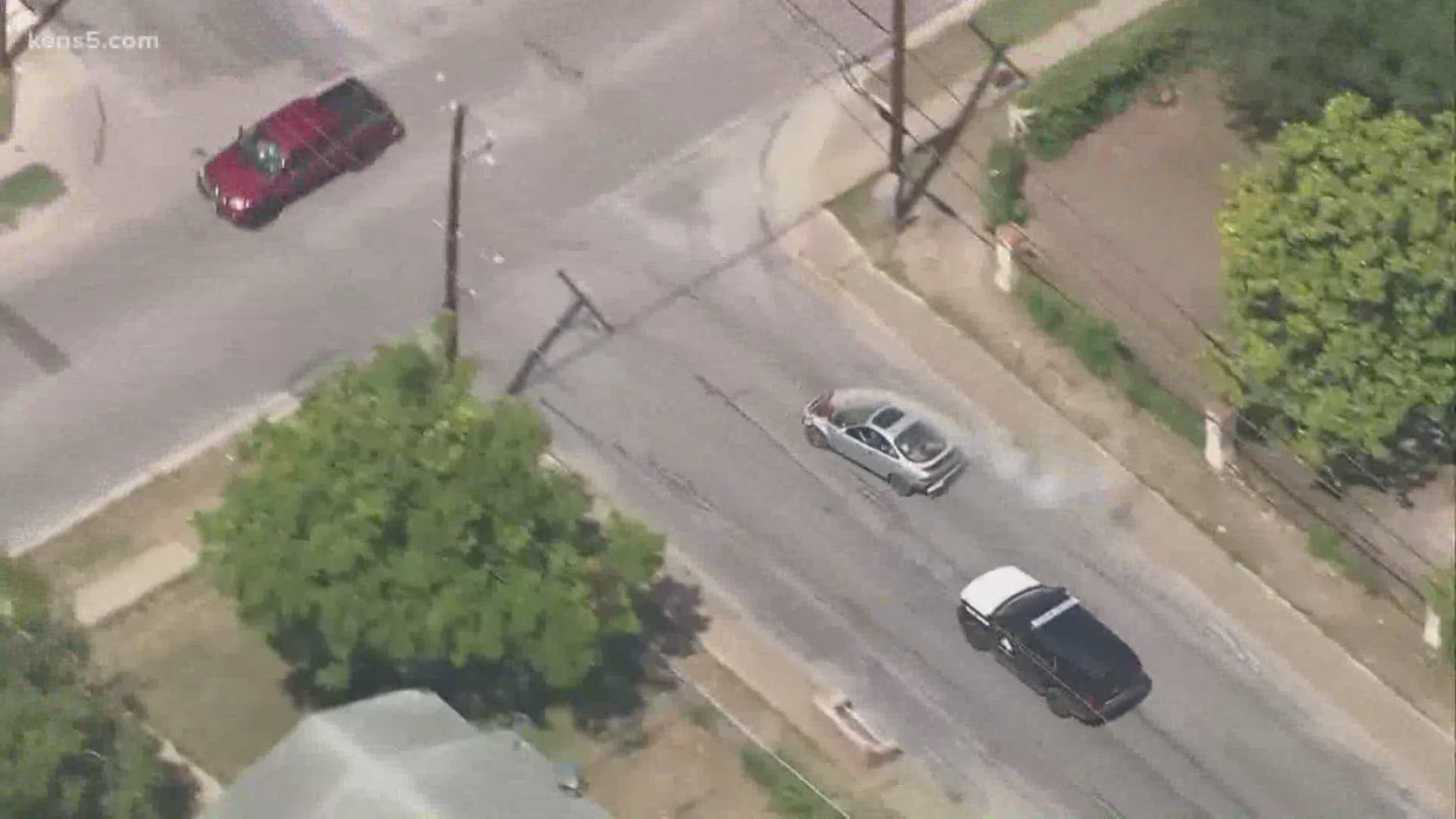 According to Bexar County Sheriff's Office spokesperson Johnny Garcia, deputies witnessed a vehicle swerve onto Highway 16 near the Atascosa County line, cutting off another vehicle and driving erratically, at around 2:30 p.m. Tuesday. Deputies tried to pull over the vehicle but the driver took off, beginning a chase that lasted nearly an hour.

Garcia said at one point during the chase, the vehicle -- identified as an "older model" gray Acura -- struck an 18-wheeler as well as a BCSO patrol car. The chase continued onto Loop 410 and southbound 1-35, eventually winding into residential streets in south San Antonio.

BCSO involved in a chase on the south side. Texas DPS troopers also involved.

Chopper 5 captured footage of the vehicle with apparent damage; the car had lost its hood and at some points during the chase, smoke was seen pouring out from the engine.

Citing the sheriff's office's policy on pursuits, Garcia said deputies eventually called off the chase due to the driver's erratic nature and the increasing traffic. Authorities were able to maintain an overhead visual of the suspect and his vehicle with the help of the San Antonio Police Department's helicopter.

Eventually, troopers with the Department of Public Safety picked up the pursuit and followed the suspect into the 1300 block of W. Hutchins. The suspect then jumped out of the car and tried to escape on foot. Authorities were able to surround the suspect and drew their guns on the man. He did not resist arrest.

A long high speed chase is ending in south SA

Arresting officers found an ounce of methamphetamine on the suspect, who was not identified only as a 27-year-old man. According to Garcia, the suspect will be tested for intoxicants once he is booked. He faces a 1st-degree felony charge of possession of a controlled substance, as well as charges for evading arrest and causing damage to property.

During the chase, a Fowler bailed from the vehicle; she was taken into custody by BCSO deputies. Garcia said arresting officers determined she had warrants for her arrest.

No one was seriously injured in the pursuit, though Garcia said one DPS trooper was treated for minor injuries incurred during the suspect's arrest.