Car catches on fire after hitting a Bill Miller BBQ

A fire at a west side Bill Miller BBQ didn't start in the kitchen. Police said a car smashed through the restaurant and then burst into flames. 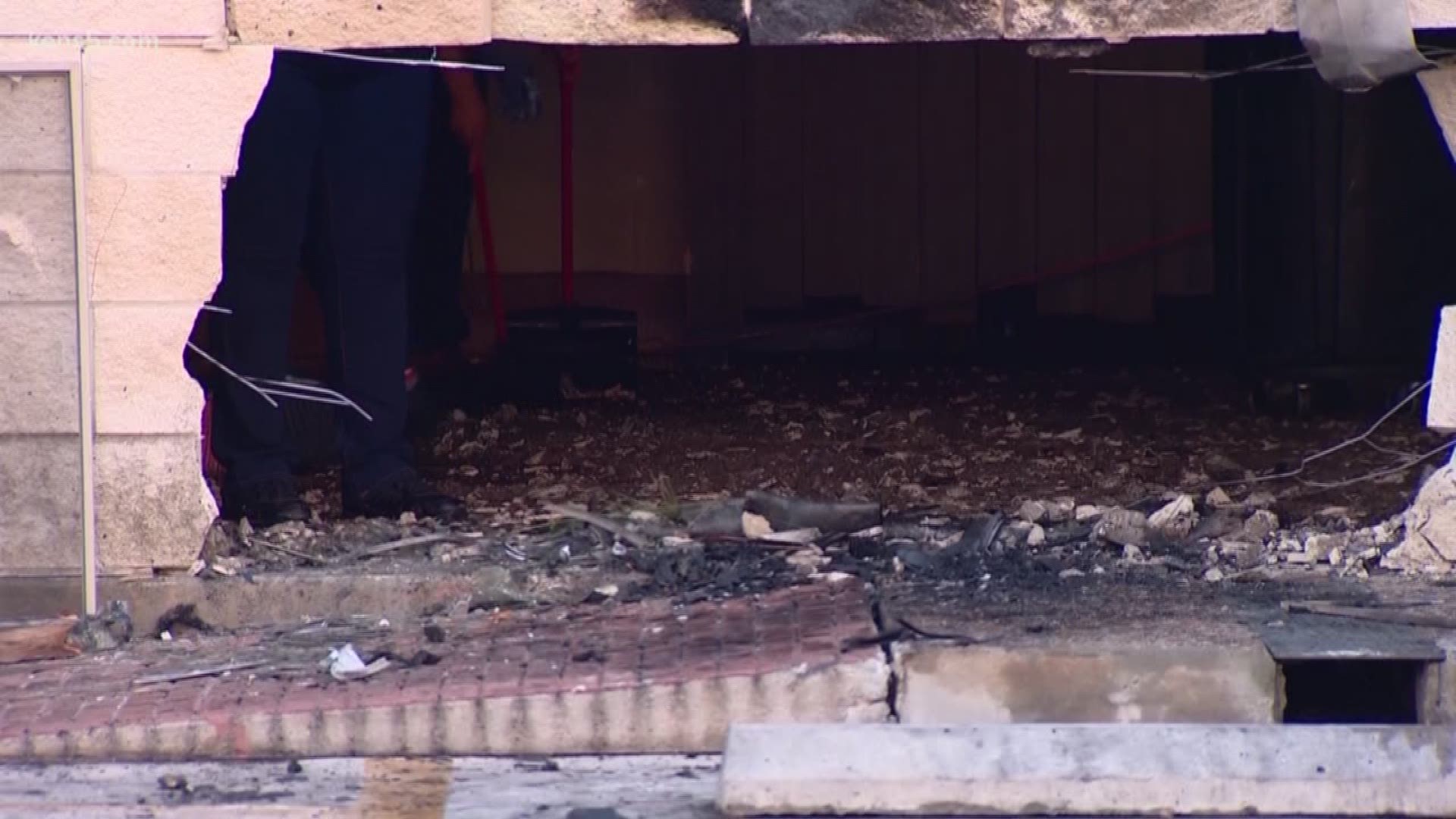 SAN ANTONIO — Bill Miller BBQ reopened Tuesday after a car smashed through the restaurant and burst into flames early in the morning hours.

No injuries were reported in the incident.

An SUV was driving westbound on Culebra Road when a black sedan rammed them from behind, according to police. The sedan then drove off through the road and hit the Bill Miller.

Alma Diaz was driving the SUV the was initially hit.

"I was in disbelief, like did this just happen?" she told KENS 5 on Tuesday. "I just felt an impact."

Police said that after the sedan hit the building, the SUV driver pulled over, but the driver of the sedan fled on foot. The sedan then caught fire.

Diaz says she and a friend stopped to pull the driver and a passenger out.

"She was already in the wall so we were just trying to help," Diaz continued. "When my friend got her out she was just kind of out of it and then I came around and I was like, 'Are you OK mija? Let's go this way, the car is already started on fire,' and she was like, 'Leave me alone,' and then she kind of got
OK and then she just started running."

Damage to the building is estimated in the $10,000 to $15,000 range. Employees could be seen Tuesday morning cleaning up the mess, with a health inspector also on scene.