Members of the Austin City Council reacted to the incident on Saturday. 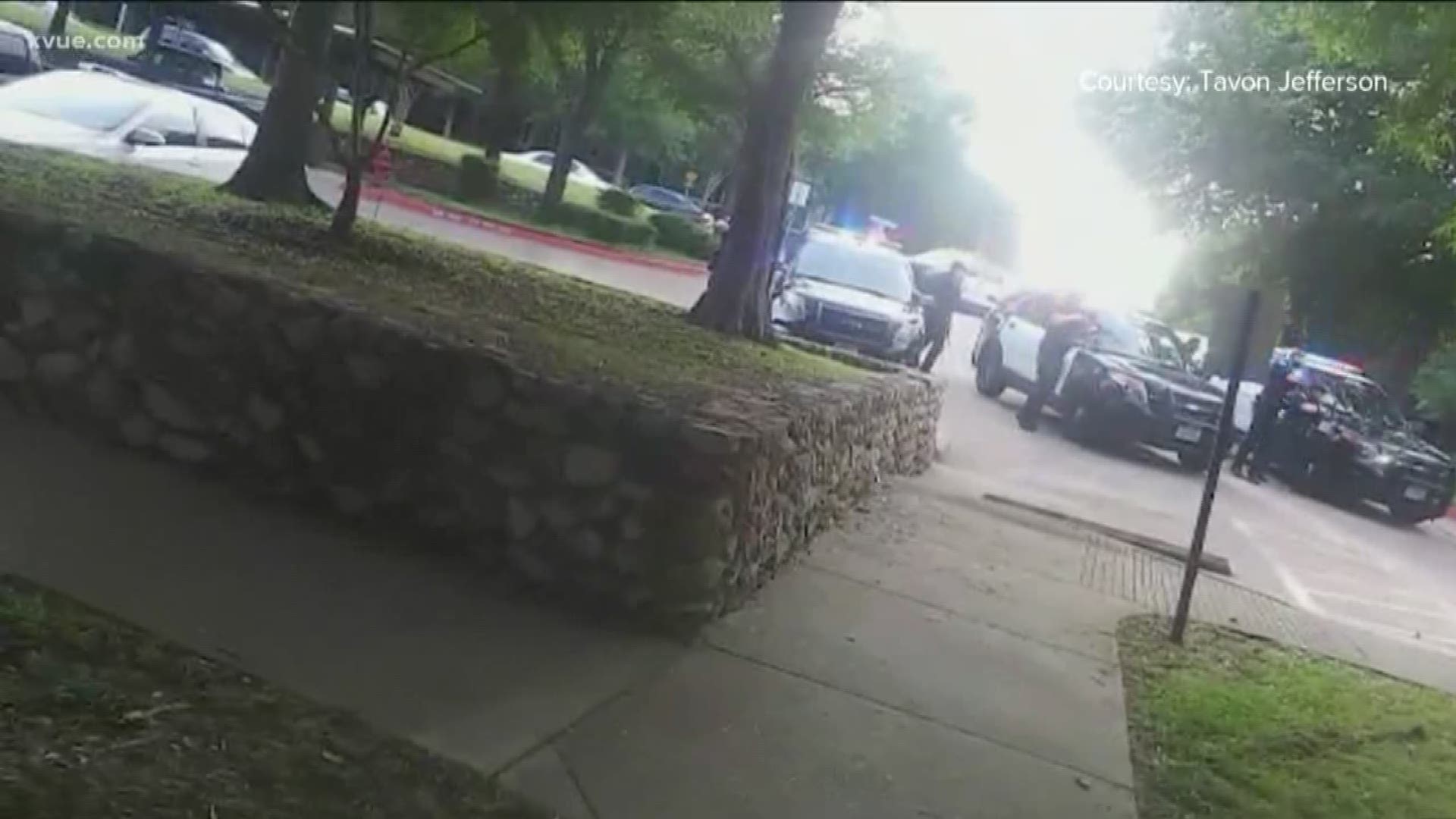 AUSTIN, Texas — A 42-year-old man is dead after an officer-involved shooting in southeast Austin on Friday evening.

Chief Brian Manley said the incident began just after 6:30 p.m. when a 911 caller reported two people doing drugs in a vehicle in a parking lot, with a man reportedly holding a gun.

Manley said a police helicopter and canine unit were dispatched in response to the incident. He said police believed the vehicle could have been involved in burglary and evading police in Austin on Thursday.

Officers arrived on the scene within minutes and waited for additional units to arrive before making an approach to the suspect, Manley said.

According to police, the suspect then got out of the car but did not comply with officers' commands.

Shots were fired at 6:43 p.m. from a less lethal "bean bag" shotgun, according to Manley, before the vehicle took off.

Manley said officers "began forcing entry into the suspect's vehicle" a minute later by firing a deadly shot, causing the car to crash into a parked vehicle.

EMS arrived on the scene at 6:46 p.m. The suspect was taken to a local hospital, where he was pronounced dead at 7:26 p.m. He was described as a 42-year-old Hispanic man.

A woman who was in the car with the suspect at the time was unharmed and has been detained, police said.

APD said the scene is safe.

Bodycam video of the incident is being investigated and police will obtain a search warrant on the suspect's car as part of the investigation. Manley said police are still looking for the firearm reported by the 911 caller.

The District Attorney's Office will conduct a criminal investigation to determine if the officers' actions were compliant with state law, along with the Special Investigations Unit.

Internal Affairs Office of Police Oversight will investigate whether the actions complied with administrative policies.

Saturday afternoon, Austin City Council Member Natasha Harper Madison tweeted about the incident, saying in part, "At a time when trust between APD and the community is at rock-bottom, we need a fully transparent and expedient investigation that pulls no punches in the pursuit of accountability ... Justice is essential, pandemic or not, and I will continue to monitor this developing situation."

Council Member Jimmy Flannigan also tweeted, saying he is demanding the city manager and the Office of Police Oversight "act swiftly for truth and justice in this case."

Council Member Greg Casar said an investigation "isn't good enough on its own."

"APD has de-escalation rules," Casar said on Twitter on Saturday. "It has training. But those things don't seem to be enough."

The Austin Justice Coalition also held a virtual press conference about the incident on Saturday afternoon.

The local chapter for the League of United Latin American Citizens (LULAC) on Saturday condemned the shooting.

"We the members of LULAC District 12 are shocked [by] the blatant killing of Mr. Ramos, in clear view of the public, and thus hereby condemn the actions of [the] Austin police officer who shot and murdered Mr. Mike Ramos, after fleeing for his life from APD," LULAC Council #22325 President Gavino Fernandez Jr. said in a statement.

Fernandez called for an independent investigation, separate from the District Attorney's Office, also saying LULAC District 12 believes Manley should resign over the incident.

In a video message on Saturday night, Manley said, "I have seen the videos that are on social media, and I understand the concern that those have brought forward our community."

Manley asked any witnesses or anyone with video of the incident to come forward.

Austin Mayor Steve Adler provided an updated comment on the incident on Monday:

“I’m very disturbed by the spectator’s video I’ve now seen on which Mike Ramos does not appear to threaten but ends up dead. There’s got to be a better way.  The use of force is the most potent and irreversible of a police officer’s tools and requires trust between officers and the communities they protect. We may not yet know all the facts and we need to before we pass final judgment, but we know what we see, people are hurting, and there are many questions. We must respond to this moment and also to the fear, anxiety and lack of confidence expressed by communities of color. I have told the Manager we need a quick and complete assessment of this shooting and then an immediate sharing of all relevant information with the community. This incident happens against the backdrop of investigations and assessments of the department that must also be full, transparent, concluded and reported. ”

“I must emphasize that this is a criminal investigation to determine whether the officer’s conduct constitutes a prosecutable offense. Therefore, collection and preservation of evidence is critical, and every effort must be made to protect the integrity of the investigation. For example, we would not approve the release of certain facts before witnesses are interviewed.”

The District Attorney's Office said it is strongly committed to maximum transparency to address community concerns.

“I will approve Chief Manley’s release of body camera videos collected by police officers, as soon as is practicable. In this instance, I do not see how the release of these videos would compromise the investigation or any subsequent prosecution,” Moore said. "I assure the public that the Travis County District Attorney’s Office is deeply committed to a full and fair investigation, and we will take appropriate action as expeditiously as possible.”

'About this well.' Officer injured in San Marcos ambush is responsive, texting with friends