An innocent bystander was hit by a car in the midst of what police referred to as a 'chaotic scene.' 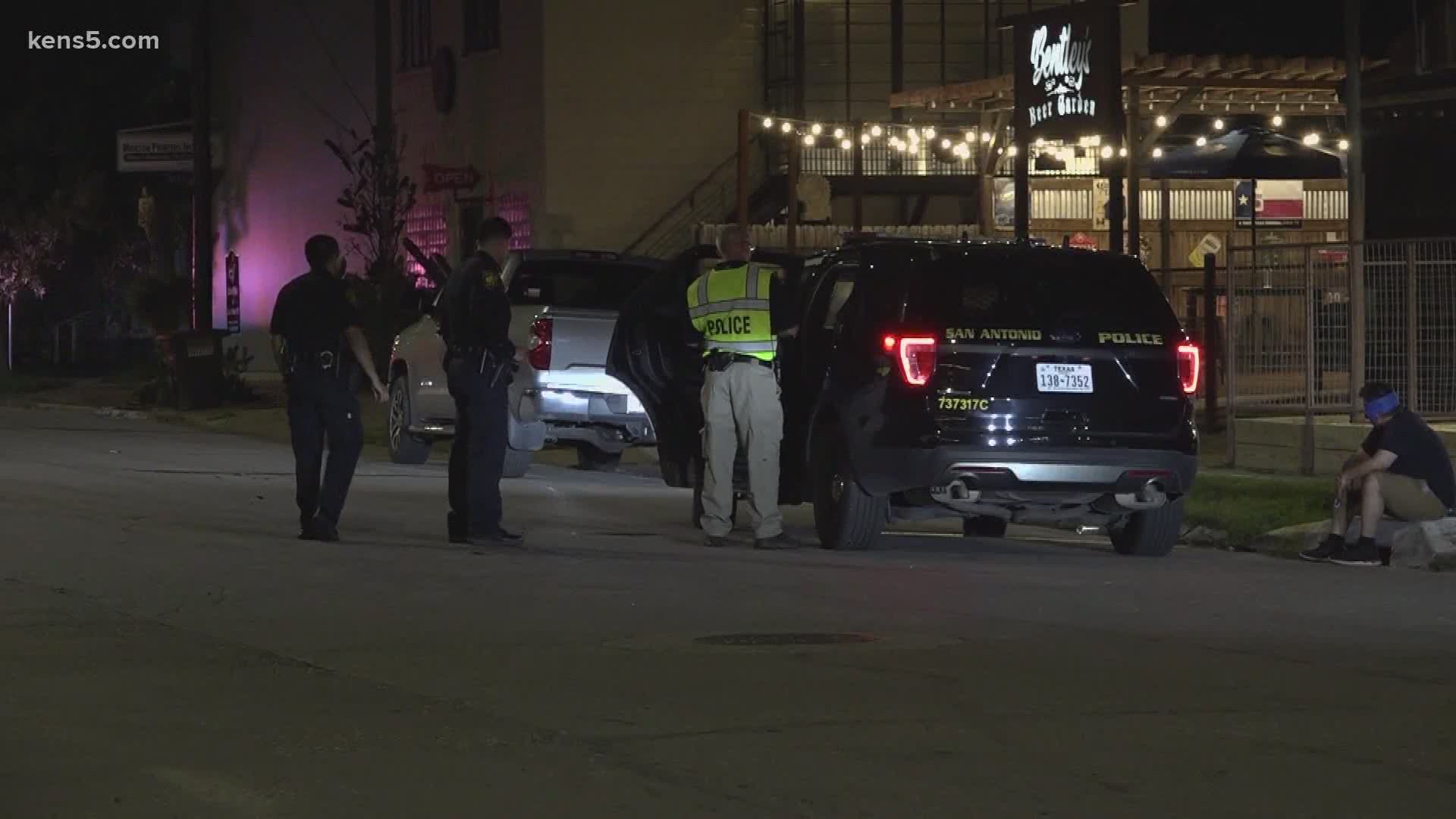 SAN ANTONIO — San Antonio Police arrived at Bentley's Beer Garden Thursday morning around 2:30 a.m. to find a man, who was hit by a car, lying in the middle of the road.

According to an official with SAPD, a large fight broke out inside Bentley's Beer Garden, which is located in the 800 block of N. Alamo. At some point, the brawl carried out into the street and multiple shots were fired.

While no one was hit by the gunfire, one person did get hit by a car as patrons began to leave what police referred to as a 'chaotic scene.'

The innocent bystander was hit by a maroon, 4-door car and left in the middle of the road. The pedestrian was taken to a nearby hospital with a broken leg and other injuries. At last check, he is in stable condition and is expected to survive.

According to an official with SAPD, many of the witnesses and victims were highly intoxicated and unable to describe what occurred accurately.