Bradley Croft, the operator of Universal K-9, sentenced to 118 months in federal prison 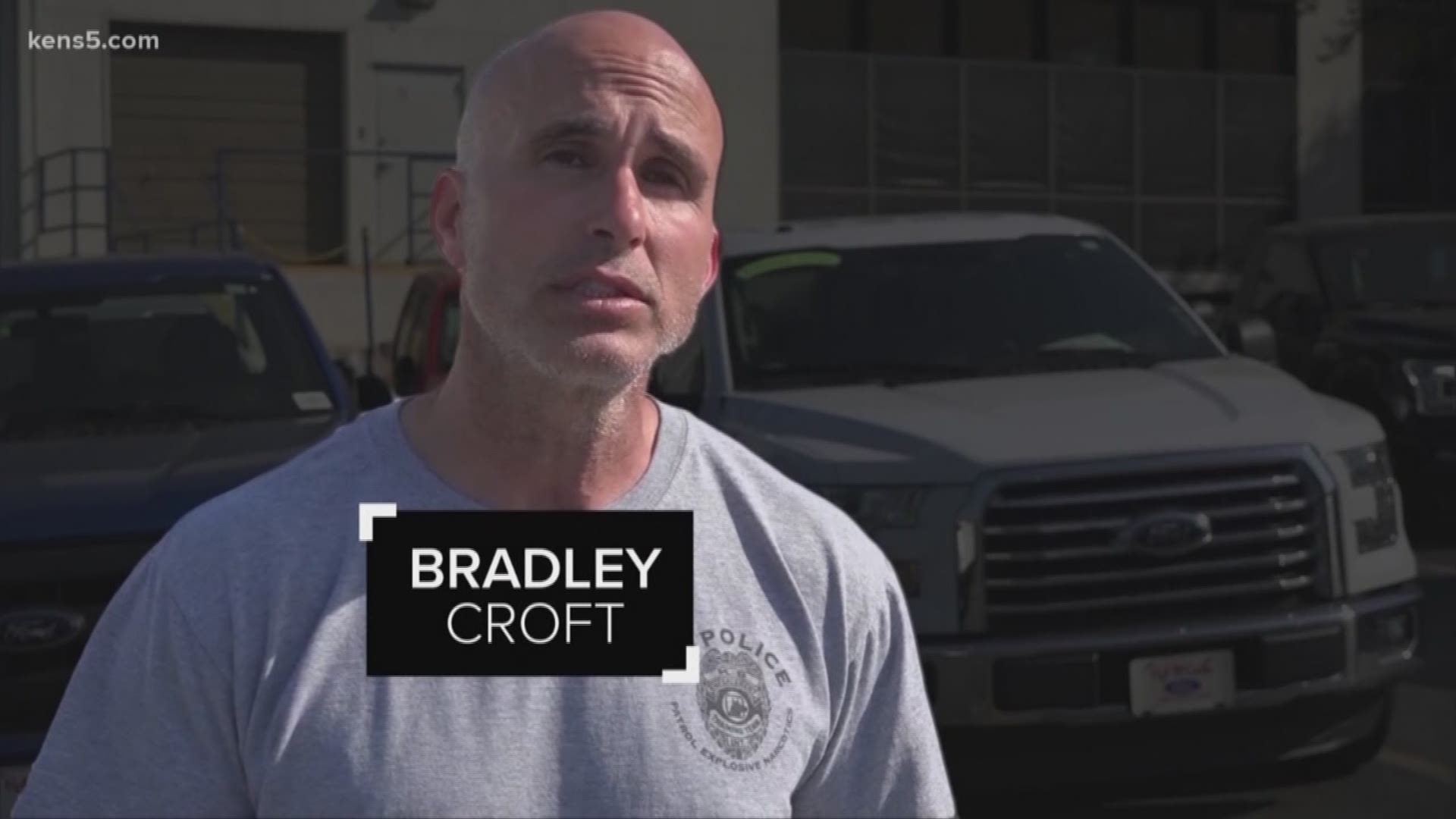 The owner of Universal K-9, Inc. Bradley Croft, who was convicted in 2019 of scheming to defraud the federal government, was sentenced Friday to 118 months in a federal prison. The sentencing comes after a denied motion for a retrial, citing new evidence.

He was found guilty on all 16 counts ranging from fraud, identity theft, money laundering, and making a false tax return. He will also have three years of supervised release after he completes his sentence, and ordered to pay $1,506,758.31 in restitution. Croft is expected to appeal.

The basis of the scheme, the FBI detailed in court documents, was that Universal K-9 sought out veterans, and offered to accept GI benefits in exchange for dog-handling courses that ranged between $6,500 to $12,000.

Up to 132 veterans were identified as potentially impacted. According to federal prosecutors, a total of 185 fraudulent claims were filed, totaling over $1.5 million. Croft used the money from the veterans’ benefits for personal assets and a medical procedure. Croft also submitted fraudulent tax returns, claiming only $2,000 in 2016 and 2017. Evidence presented showed that Croft received “substantially more” income than he reported. The VA declined to comment.

Portions of seized assets, including money, and any revenues from the sale of seized assets could go to the total amount he is expected to pay back in restitution. The assets include his San Antonio business property where he operated Universal K9, over $230,000 from a bank account, a motorhome taken from the business Croft used as a personal residence, a 2017 Dodge Ram 1500, a 2018 Ford F-150, two jet skis, trailer and other money seized from the property.

According to federal prosecutors, Croft was not certified as a dog handler, and was offering certification for dog handling courses. In 2014, while operating Universal K-9, Croft told KENS 5 he rescued dogs that could be potentially euthanized and provided training as part of his non-profit he created. Many of those dogs were then given to law enforcement agencies across the country. During sentencing, attorneys with the federal government stated that a bulletin was sent to law enforcement and district attorneys across the country, prior to Croft’s indictment, when they were made aware of issues at the facility, notifying them of potential implications with any criminal cases where Universal K9-trained dogs were used.

Prosecuting attorneys also stated that many of the dogs and handlers that went through Universal K9 went on to receive additional certification, but many did not. Other dogs, because of poor health, died after leaving Universal K9. In a survey sent out to 39 individuals who used their GI Bill benefits to attend Universal K9, eight were either currently or anticipating attending the facility. Of the 31 that had gone through the facility that responded, 25 – 81 percent – were dissatisfied with their training, and that their dogs would not perform as required.

When federal authorities arrested Croft in 2018, 26 canines were removed from Universal K9 and transported to the city of San Antonio’s Animal Care Services. Many of the dogs were rescued by other shelters or non-profits, including Mission K9 Rescue that rehomes dogs formerly used by military or law enforcement.

RELATED: Dogs seized in FBI raid being trained for new homes, no update on investigation

Three of the dogs – Lexi, Cora and Rambo -- were identified as potential working dogs by Lackland Air Force Base just days after FBI raided Universal K9. Cora went on to work for the TSA. According to the Department of Defense Working Dog School, it takes about 120 working days to train each dog to be ready for fieldwork. About 300 dogs a year go through facilities like the one at Lackland. Some of the dogs seized from Croft were Belgian Malinois, a high-energy canine often used in military and law enforcement work and are often hard to adopt to families given their drive.

The documents stated that since 2016, Universal K-9 had filed approximately 185 claims related to the courses totaling over $1.2 million.

Croft chose to have a bench trial – a trial without a jury and decided by the presiding judge. He also selected a new attorney for the sentencing portion, after dismissing his previous counsel used during the trial.

When Croft was asked if he had a statement for the court, he paused before declining. Croft did say, while weeping, “There’s a lot I'd like to say, but I can’t say it.” His lawyer also declined to comment, as well as his daughter who has repeatedly been present in court in support for her father.