Low levels of dihydroanatoxin were detected in the lakes. The toxin is the same one that the LCRA detected in other Highland Lakes earlier this year. 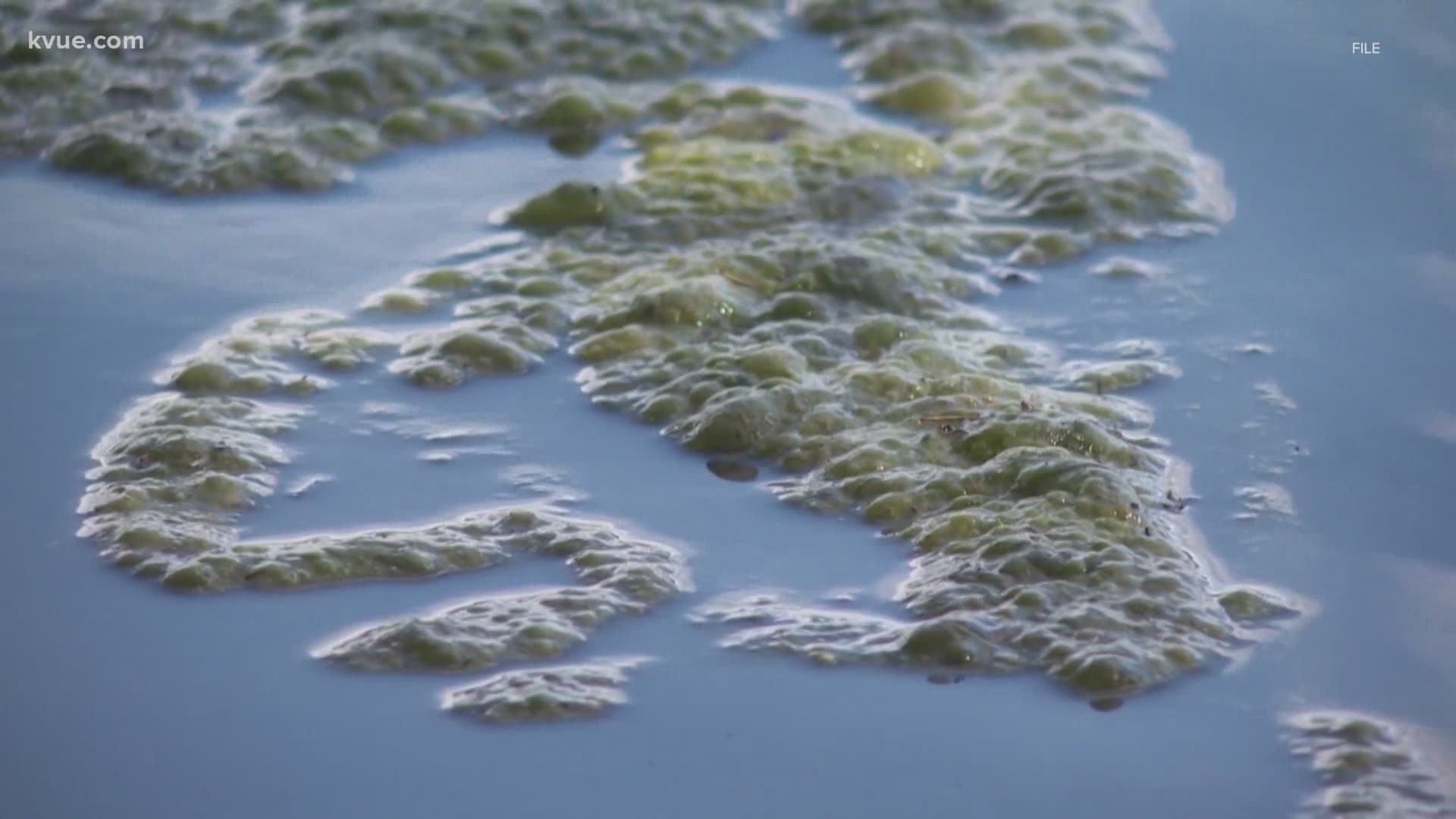 AUSTIN, Texas — The City of Austin announced Tuesday that low levels of dihydroanatoxin have been detected in an algae sample taken in mid-March from Lake Austin near Mansfield Dam. Trace levels were also detected in two algae samples from Lady Bird Lake.

Dihydroanatoxin is the same toxin that the Lower Colorado River Authority (LCRA) detected in other Highland Lakes earlier this year and is the same toxin found in 2019 and 2020 in Lady Bird Lake. The City said although the levels of the toxin are low, they indicate an increased risk for dogs in the lakes.

The source of the toxin is cyanobacteria or blue-green algae. The algae, which can be found in Central Texas waterways throughout the year, are more prevalent in warmer, more stagnant water and are more likely to produce toxins under those conditions.

The City said given the toxin has been detected during the cooler season and in at least four lakes, the Watershed Protection Department will reevaluate its monitoring program. At this time, dog owners are urged to keep their dogs from ingesting or touching algae in any area lakes, creeks or water bodies.

The City said if owners allow their dogs in the water, it is at their own risk. The City recommends rinsing dogs after contact with water bodies to help prevent them from licking algae off their fur.

Owners should take their dogs to a veterinarian immediately if they become sick after swimming in Lady Bird Lake. The City also asks owners report the illness to Austin 311.

Symptoms of exposure may include:

The risk to humans appears to be low, but people should avoid handling algae.

According to the LCRA on Tuesday, test results confirmed that toxic algae continues to be present in Lake Travis as well.

“Our ‘new normal’ is to treat all algae with caution,” said John Hofmann, LCRA executive vice president of Water. “We know blue-green algae is present in the Highland Lakes, and it is not possible to tell by looking whether it is producing cyanotoxins. With that in mind, we encourage people to stay extremely vigilant at keeping their dogs away from algae."

The most recent samples were collected on March 31 from the Travis Landing area near Hudson Bend. Every test since February has detected cyanotoxins. Testing has also detected toxic algae in Lake Marble Falls and Inks Lake.