The algae is toxic to dogs and resulted in several deaths last summer. 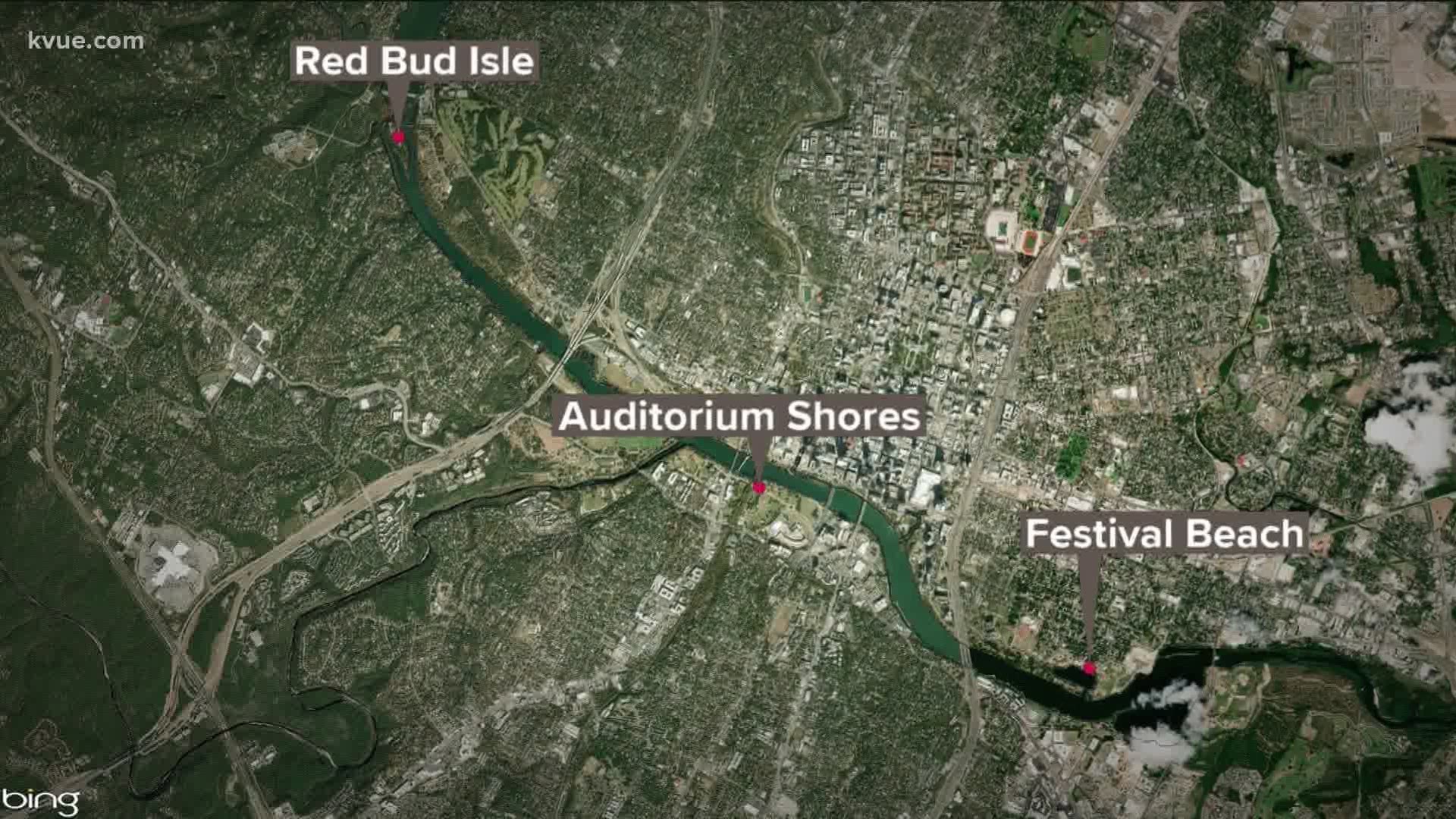 AUSTIN, Texas — It’s official: the deadly blue-green algae is back in Austin.

Initial test results showed that the same species of blue-green algae that killed at least five dogs last year has been discovered in river water near Downtown Austin from samples taken on July 14.

The City of Austin has been monitoring algae levels since the warmer weather arrived and was waiting for further testing to find out whether toxins were actually present in the algae.

The initial July test results came back, and there are trace amounts of deadly toxins known as dihydroanatoxins present within the algae at Red Bud Isle and Festival Beach. On Aug. 4, the City said toxins have now also been detected at Auditorium Shores in addition to the previous two locations.

The City of Austin has set up an online dashboard for monitoring the situation, which shows that the overall current risk level is high. At this time, Barton Creek remains at a low risk.

Officials said the toxin is contained within the algae and has not been released into the water. They say this means that exposure to the toxin would occur through touching or ingesting the algae, not through direct contact with the water itself.

Contact a veterinarian immediately if your dog becomes sick after swimming.

Although the risk to humans is low, humans should avoid touching the algae. Note: Human swimming has not been permitted in Lady Bird Lake since 1964.