“I just hope that everybody here and everybody around the country that actually do care, they remember and look to get informed," a protester said. 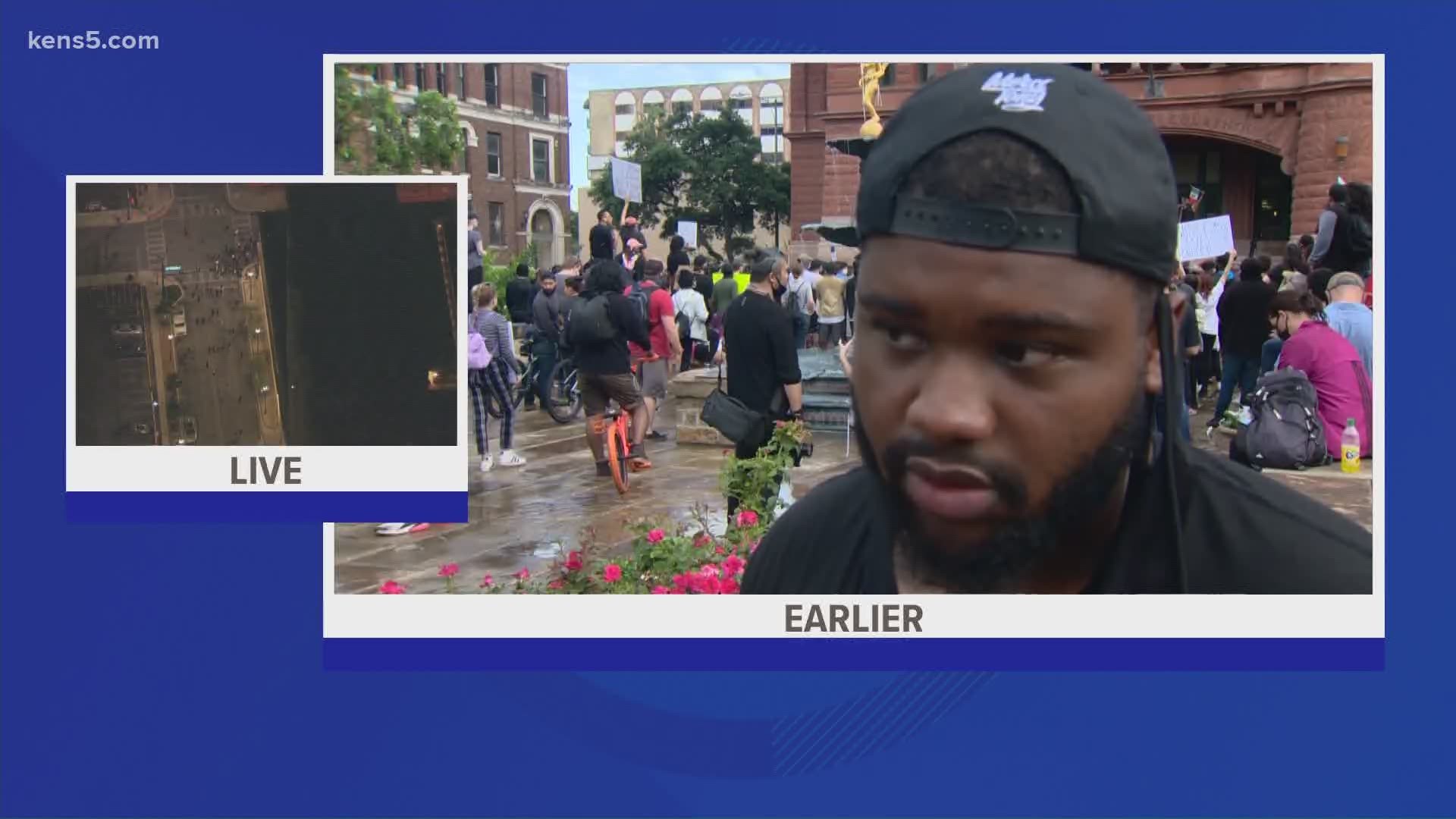 SAN ANTONIO — It was an emotional day in downtown San Antonio as the crowd estimated to be as big as 500 by the Bexar County Sheriff's Office gathered at the county courthouse, and continued calling for justice in the killing of George Floyd.

The crowd eventually marched to SAPD Public Safety Headquarters and back to the courthouse, where they continued to rally and chant on behalf of Black Lives Matter as a sheet of rain fell on them.

Law enforcement was present, but remained on the perimeter of the protest.

Sheriff Javier Salazar made an appearance and spoke to the protesters, telling them he’s proud of how they’re handling their demonstration and adding he supports their cause and understands their frustrations.

At one point, plastic bottles could be seen being thrown at the courthouse, but the sheriff says no damage was done.

“One of the protesters, I was actually pretty proud of him, stood up and asked them to stop, forcefully," Salazar said on Tuesday. "Then another one of the protesters came and picked up the bottles they left behind. I mean, you can’t get any more respectful than that.”

Protesters took turns rallying the crowd, one of them telling KENS 5 Tuesday's event was a beautiful sight.

“I just hope that everybody here, and everybody around the country that actually do care, they remember and look to get informed on these situations," Jahred Nixon said. "It’s not an every-once-in-a-while situation; it’s a daily thing that goes around in America.”

Salazar said they did have to remove one counter-protester that attempted to agitate the crowd. That person eventually complied and left.

RELATED: UTSA psychologist believes riots ripe with opportunity for a conversation with the kids

RELATED: 'We have the power and platform to affect change' | Gregg Popovich, NBA coaches committee denounce killing of George Floyd