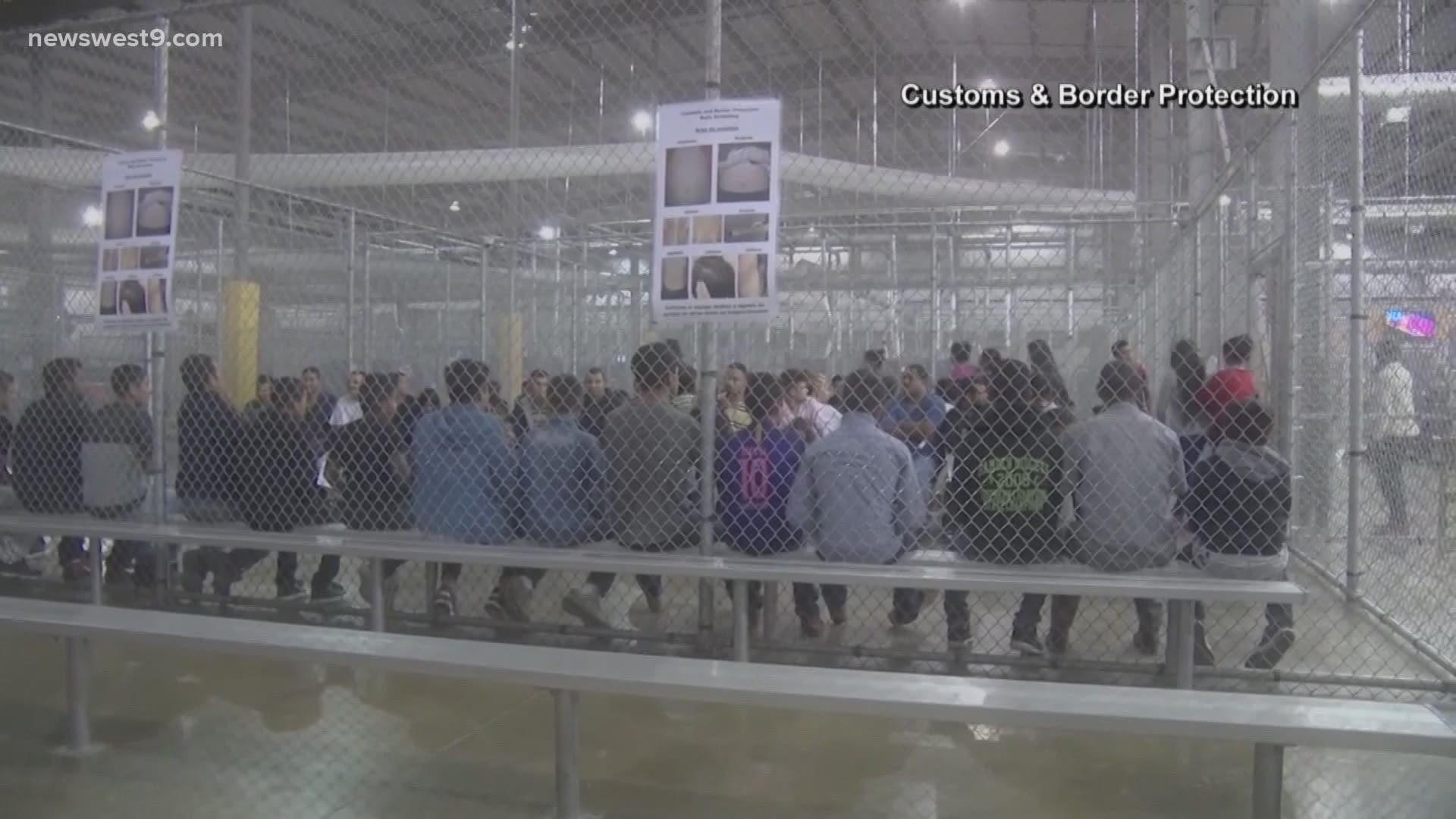 MIDLAND, Texas — Texas governor, Greg Abbott, is not staying quiet when it comes to the border crisis.

On Sunday morning, during an interview with Fox News, Gov. Greg Abbott announced the Biden administration is planning on sending migrants from the border to a holding facility in Midland.

Abbott says he learned of the news late Saturday night.

“We got surprise news from the federal (Department of Health and Human Services) that they’re going to be sending some of these migrants to a holding facility in Midland,” Abbott said during the interview with Maria Bartiromo.

The governor had multiple questions about how the holding facility will work for the Biden administration.

"How many people are they bringing in here? Where are those people going? What type of COVID protocols are they using? What are they going to do to mitigate the spread of COVID-19 concerning all the people they are bringing into the state of Texas?" Abbott said. "There are so many questions that are completely unanswered by the Biden administration and the danger they are putting on the backs of Midland, Texas."

This is just flat out false.

"108 migrants released during the past month have shown to be carrying the coronavirus, U.S. Rep. Henry Cuellar, D-Texas, said Wednesday."

On Saturday, the Biden administration announced it will utilize FEMA to manage and care for a record number of unaccompanied immigrant children who are streaming into the United States by illegally crossing the border with Mexico.

Abbott believes the Biden administration's new border policies are a "day late and a dollar short."

“If the Biden administration is going to be working with us, the governor of the State of Texas has to know exactly what they’re doing,” Abbott said.

Migrants arrived overnight at Cotton Logistics Midland Mancamp in the area of FM 1788 and CR 150.

Politicians like Rep. August Pfluger were in El Paso on Monday to discuss this situation as well as the ongoing border crisis.

Lawmakers from Texas, Ohio and Florida gathered to discuss the ongoing border crisis, calling on President Biden to help increase the security at the border and stop migrants from coming over, particularly the thousands of unattended children they are seeing.

Pfluger emphasized that in situations like this, human traffickers are often the winners, while others pointed out that some of the people arrested at the border are on terrorism watch lists.

Pfluger is heading to Midland for a press conference around 7:15 p.m., while the City of Midland and Midland County leaders held a conference at 2 p.m.

Mayor Payton and County Judge Johnson say they don't know much at this time but are working to get answers.

While they have not been told about children being shipped here beyond the two weeks, they say it would be "naive" to not expect that.

Sheriff Criner also assured the citizens off Midland County that they would be safe, stating that patrols were already set out in the area.

NewsWest 9 has reached out to Sen. John Cornyn and Gov. Abbott, they were not available for an interview today.