Wolff confirmed that the photo was taken at a restaurant at the Quarry on Father's Day, before his order took effect. He says he should've pulled his mask up faster. 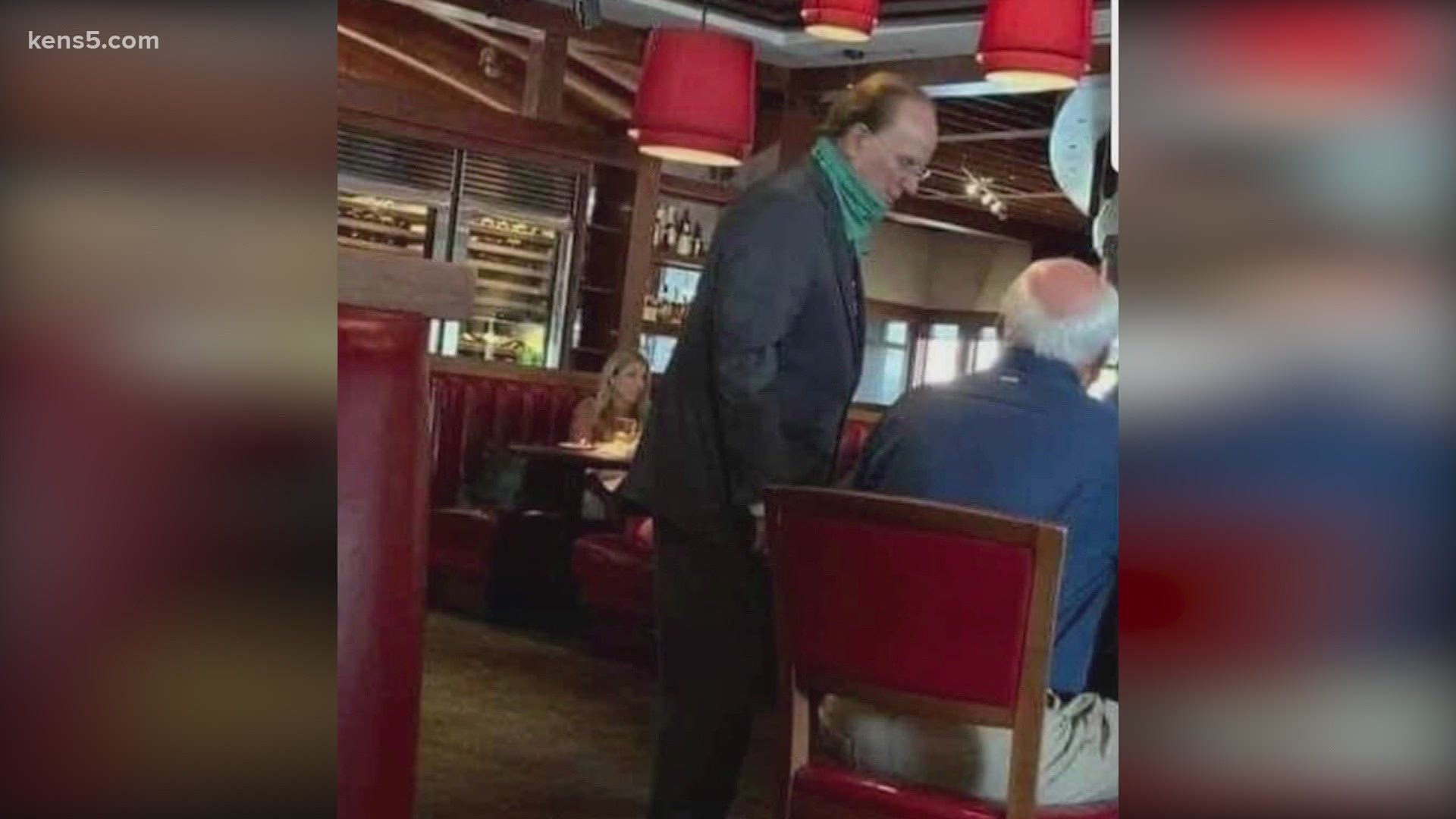 The photo captured the judge not wearing a face covering correctly while inside a restaurant. Judge Wolff confirmed during Wednesday evening's coronavirus update that the photo was taken at a restaurant at the Quarry on Father's Day, the day before his mask order went into effect.

"As I was getting up to leave, somebody was next to me and said something while I hadn't pulled my mask up yet," he said. "So, I probably should have pulled it up right away, but I didn't."

Judge Wolff said the person he was talking to was someone he knew, but admitted he should have pulled up his mask sooner.

The controversy arose hours after the judge was involved in an altercation inside a Lowe's hardware store on San Antonio's northwest side. Judge Wolff said he intervened when a customer refused to put on a mask after being asked to by an employee.

That customer "forcefully" slapped a business card out of the judge's hand and faces a felony charge for Assault on a Public Servant.