Beaumont teen paralyzed in hit and run, returns home after months in ICU

Jasmine Hamilton, 19, is still on a ventilator after she spent four months in the hospital 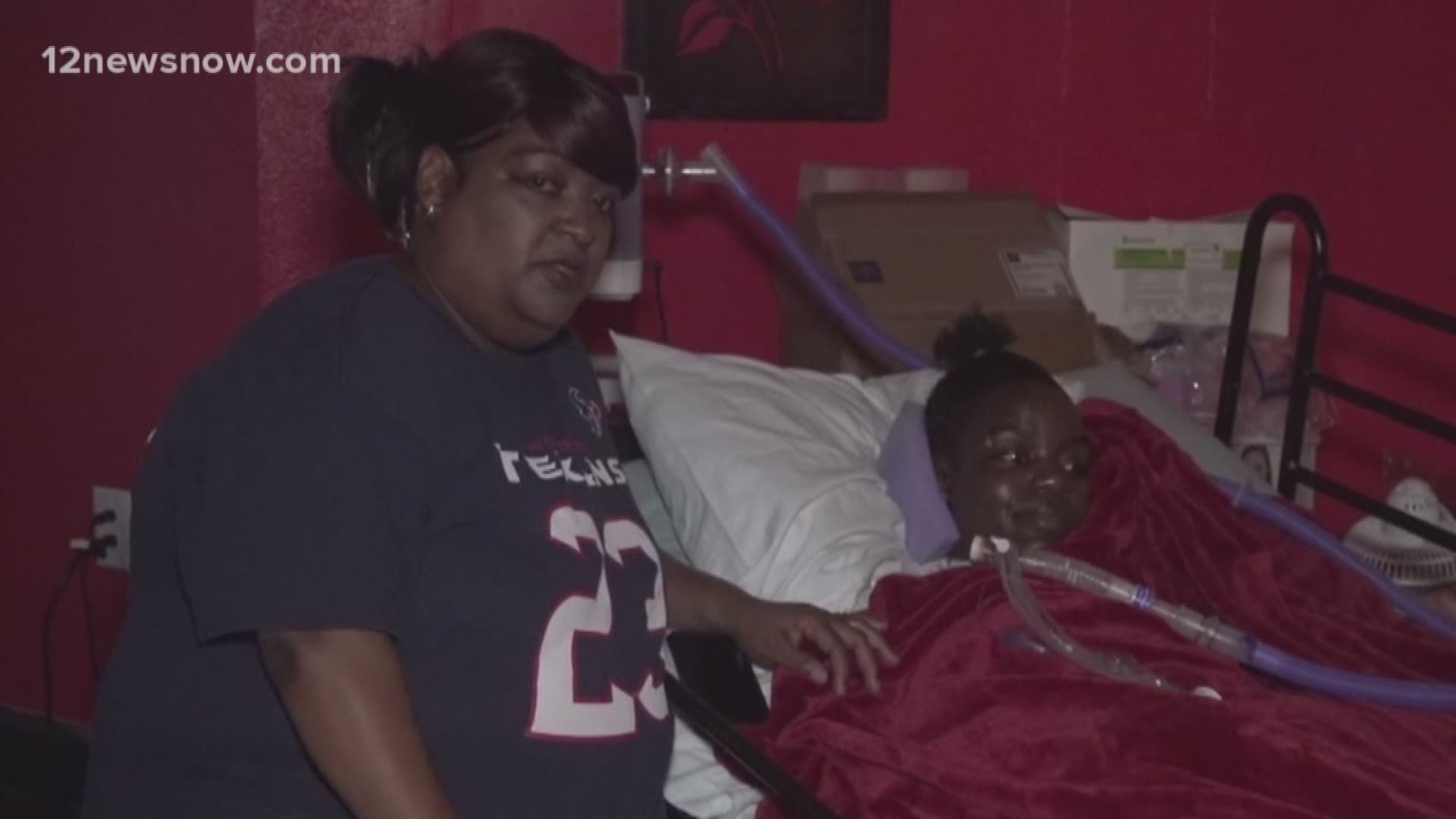 BEAUMONT, Texas — A Beaumont teenager is finally home after spending months in ICU following a hit and run that left her severely injured.

19-year-old Jasmine Hamilton was run over by a vehicle on March 27 while crossing the intersection of Gulf & Wiess Street in Beaumont's north end.

"Left my baby on the ground," her mother Erin Turner said.

In a matter of seconds, Hamilton went from being a healthy teenager to paralyzed from the neck down and spent the next four months at St. Elizabeth Hospital.

"Really hard, it's hard to see my baby like that because many nights she is in pain," Turner said.

However, on Wednesday her recovery hit a special milestone when she returned home after an ambulance arrived to the family's home last week.

"It meant the world because my baby was ready to come home," Turner said.

Hamilton ended up spending four months in the ICU, but thanks to bystanders and first responders that night in March she's still alive.

"I just want to say thank you to that lady and first responders, everybody who was there on scene and saved my baby," Turner said.

Hamilton remains on a ventilator and couldn't say much when 12News showed up at her home Sunday.

"She has a long road left, but she's going to be okay," Turner said.

But did she muster the words 'thank you,' for everyone who helped her get to this point.

Turner does want to make one request, having to see her daughter in the condiion she is now.

"I ask everyone to slow down and be careful because you got innocent kids out there," Turner said. "Mine was one of them."

Hamilton does have surgeries coming up in Houston that will allow her to breathe on her own.

12News is still waiting on information from Beaumont Police about the incident, but Hamilton's mother says the driver involved is now behind bars.

'It's just a shame,' Jefferson County Republican Party chair hopes decision will be made to allow GOP convention to happen in Houston

21 hospitalized with injuries from fire, explosion on USS Bonhomme Richard at Naval Base San Diego

Video: Young girl is OK after being struck by hit-and-run driver in Cypress neighborhood