BCSO will test all inmates and employees for coronavirus, per Sheriff Salazar

The effort to test everyone will begin today. 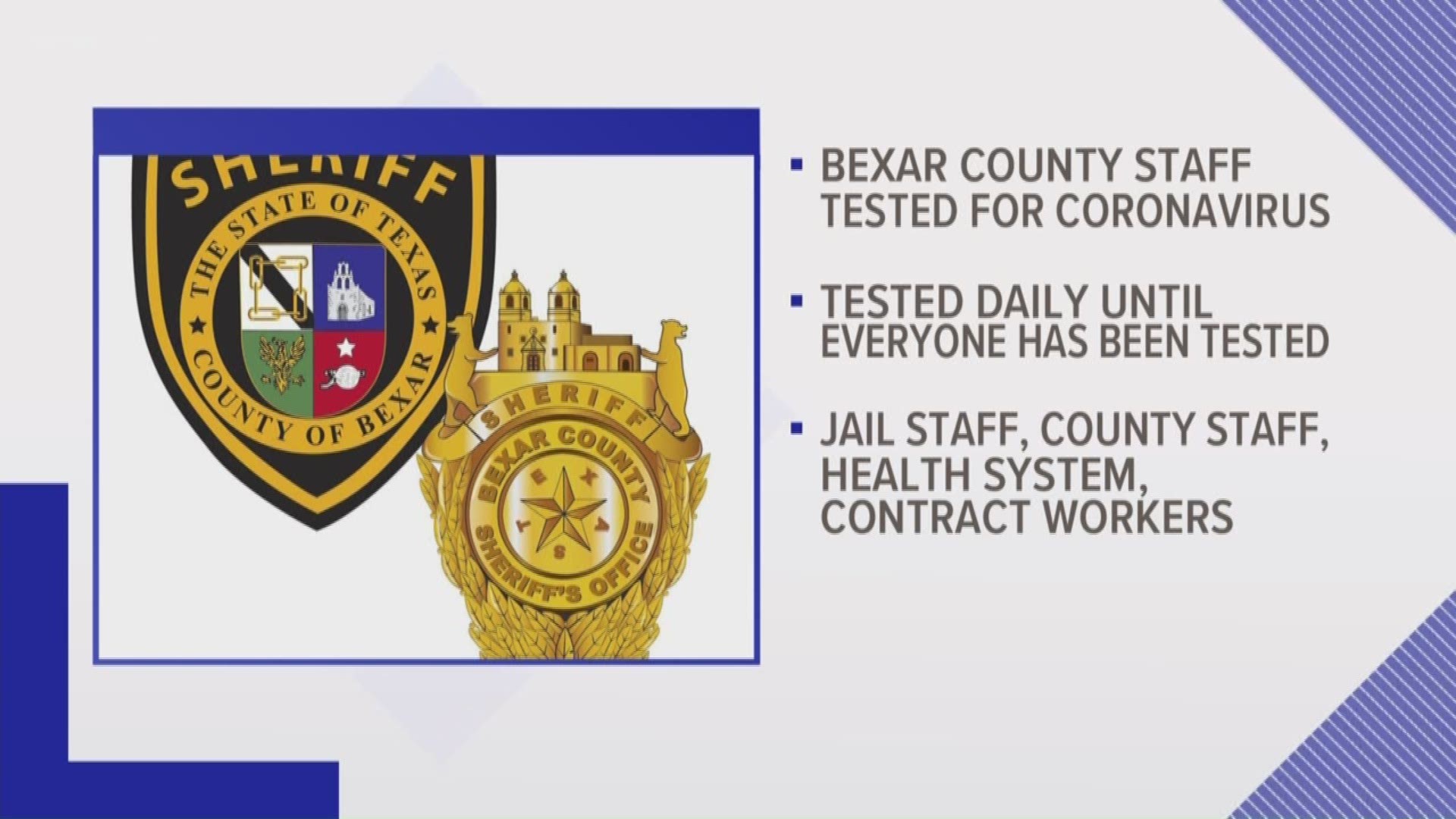 SAN ANTONIO — The Bexar County Sheriff's Office Administration announced that they will begin testing all inmates and employees for coronavirus starting today.

The announcement comes less than 24 hours after an official with the agency confirmed that 21 inmates from the same housing unit at the Bexar County Jail tested positive for coronavirus, bringing the total number of coronavirus-positive inmates to 57.

Friday night an official with the agency also confirmed that there are currently 31 deputies and 10 agency employees who have tested positive for coronavirus.

In a press release sent out Saturday morning, it was stated that the decision to test the entire inmate population and the all sworn and civilian staff "came as an effort to proactively identify any additional staff or inmates who may be positive for coronavirus, as well as to further prevent the spread of COVID-19 at the Bexar County Jail."

Testing will be conducted daily and continue until everyone has been tested.  By testing everyone, the agency will be able to gather data on what percentage of the staff and inmate population have actually contracted the virus (as many of those who have tested positive were asymptomatic carriers).

Additionally, it was noted that "units at the Main Jail and Jail Annex have been repurposed to support COVID-19 patients in the event that more cases arise within the facility."

Ongoing efforts to further prevent the spread include daily replacement of surgical masks for inmates, daily sanitation of jail units, as well as frequent sanitation in high traffic areas, and the utilization of PPE by deputies working at the jail.

It is estimated that more than 1,000 staff members will be tested, in addition to 3,000 inmates who are currently in custody.