The inmate is still being monitored, but coronavirus "has already been ruled out," per BCSO spokesperson Johnny Garcia. 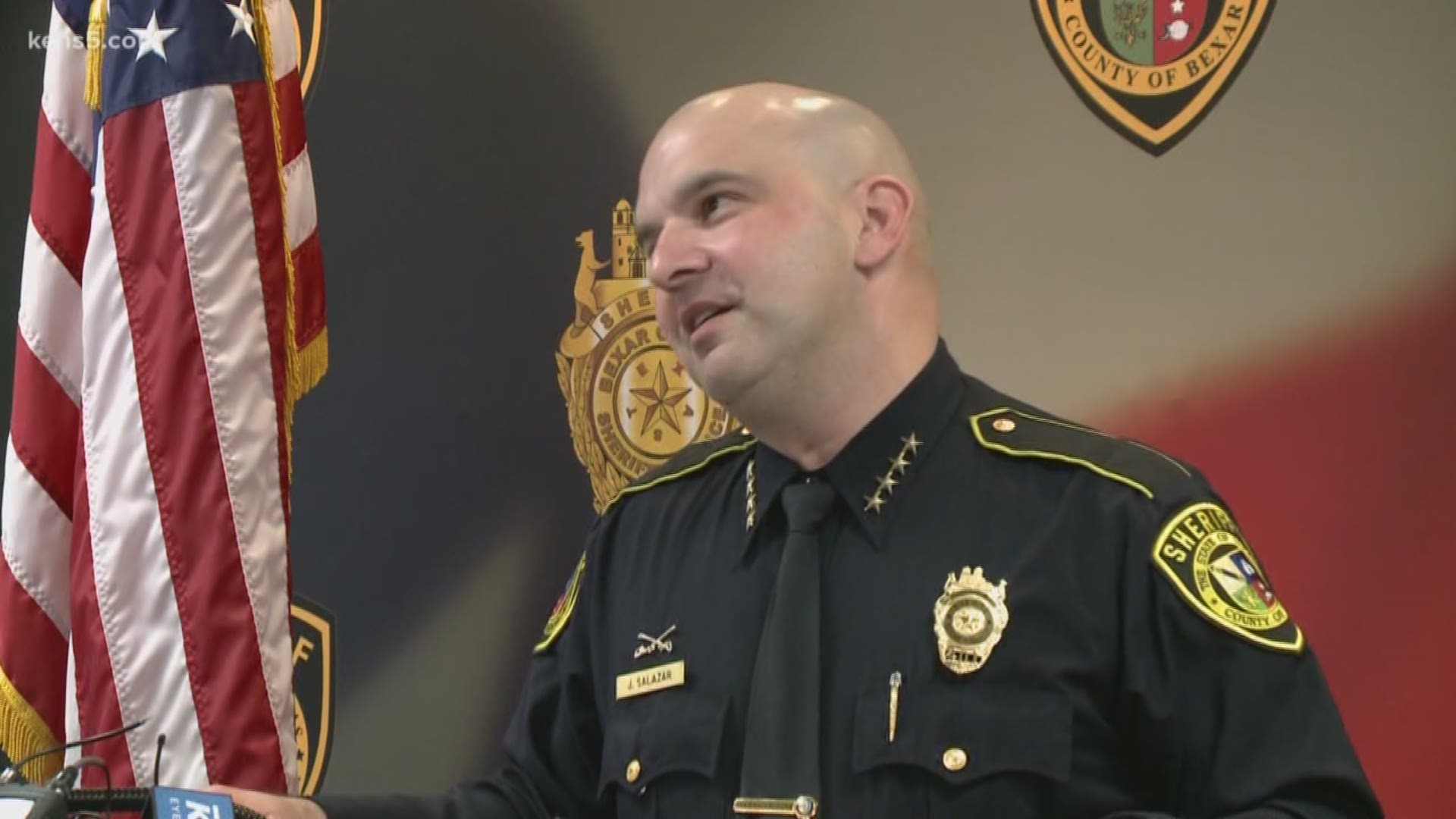 SAN ANTONIO — Update: Coronavirus "has already been ruled out" as a possible illness of an inmate who claimed he was exposed to the deadly disease, per BCSO spokesperson Johnny Garcia.

Garcia did state that the quarantined inmate, however, will continue to be monitored.

Sheriff Javier Salazar held a press conference Sunday afternoon regarding a possible exposure to the coronavirus at the Bexar County Adult Detention Center.

He said an inmate will be in a quarantined cell after that inmate told authorities they may have been exposed to the virus.

Sheriff Salazar said the inmate "more than likely" has the flu, but the jail is being cautious incase the inmate's statement is true.

"We don't believe that this is the real deal. At some point, we're going to run into the real deal, probably. But we know how to handle it," said Sheriff Salazar.

We reached out to BCSO Public Information Officer Deputy Johnny Garcia on Monday for an update. He says:

"Nothing has changed in his condition. Due to his current condition, he will remain in the negative pressurized cell. Once his condition has subsided medical will make the determination to either relocate him from that cell or keep him in that cell where he currently is."

The inmate, who has not been identified as this time, was charged with aggravated assault with a deadly weapon, assault family violence and other charges.

"If and when it does happen for real...we know how to handle it," said Sheriff Salazar.

The full press conference can be found here:

RELATED: 'There are no cases in Texas': Local doctors ease worries over coronavirus