A memo issued by Sheriff Javier Salazar says the change is "effective immediately." 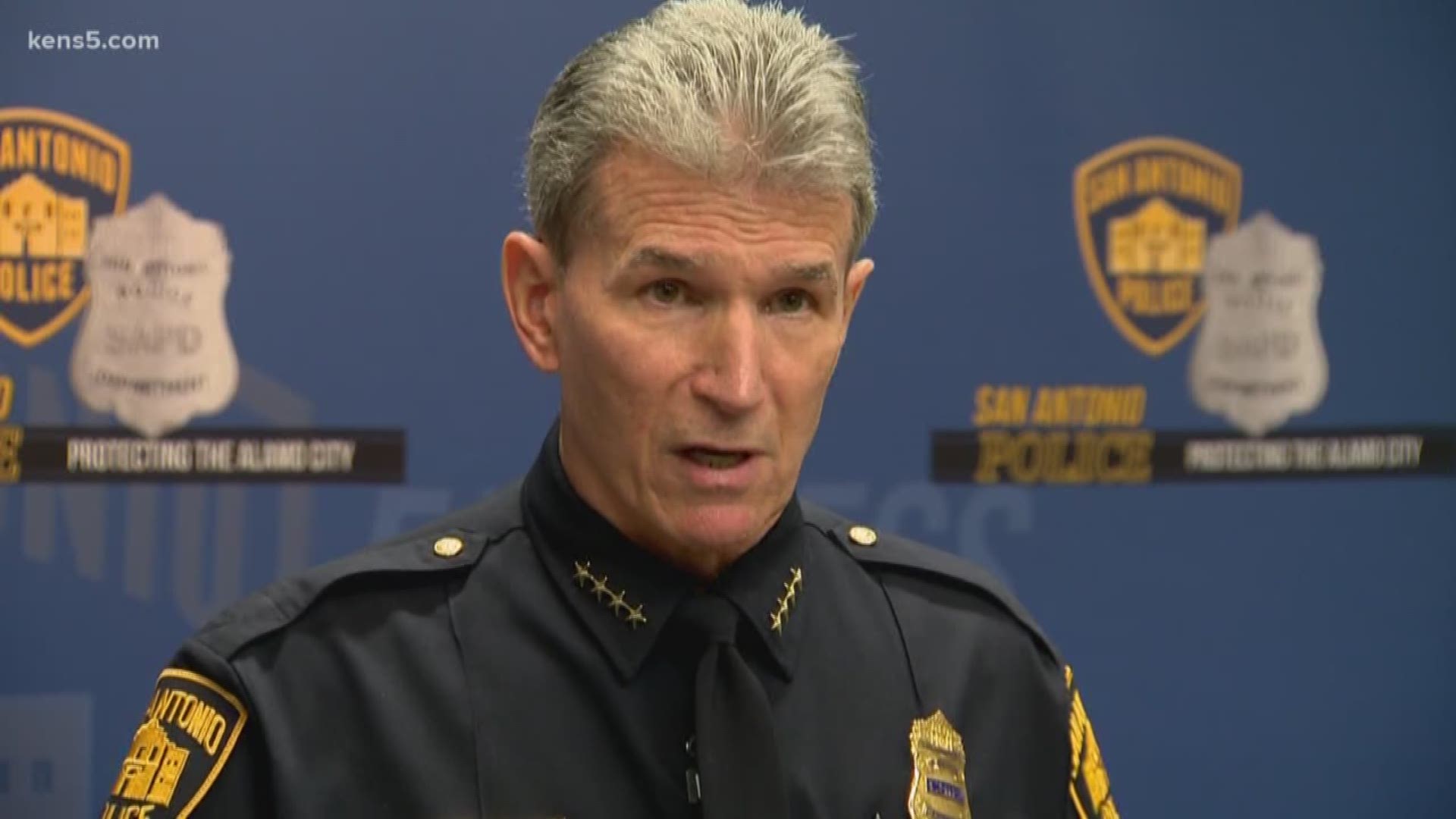 SAN ANTONIO — A Bexar County Sheriff's Office memo obtained by KENS 5 details a change in pursuit policy after the department caught heat for a chase that resulted in the injury of a San Antonio police officer.

"Effective immediately, any outside agencies requesting Bexar County Sheriff's Office assistance in initiating or continuing a pursuit that, by their own policy, the outside agency's officers are not allowed to engage in, will be declined," the memo from Sheriff Javier Salazer states.

"If the request is for assistance with a pursuit already authorized and properly conducted by the other agency's policy, assistance will be provided as needed."

Thursday BCSO deputies noticed a truck making multiple hazardous traffic violations and wouldn't stop and initiated a pursuit. The suspect led officers southbound along I-35 N near Windcrest. The vehicle came to a stop and one suspect took off running, with BCSO deputies in pursuit.

Following the pursuit, an SAPD officer was conducting traffic along I-35 when a truck struck his patrol unit, pinning him into a guard rail.

Speaking to reporters Friday, SAPD Chief William McManus identified the officer as 38-year-old Ralph Delgado, an 11-year SAPD veteran. McManus said Delgado underwent surgery Thursday evening, but his leg "is not in good shape, obviously." The officer will require more surgeries, according to the police chief.

McManus expressed his anger and frustration with the incident, during which crew members from the television show COPS rode along with BCSO deputies. When asked if TV crew affected the sheriff's department's decision to engage in the pursuit, McManus answered in the affirmative.

"Let me be very direct in my answer. The answer is yes, I do."

McManus told reporters that he had spoken to Sheriff Javier Salazar and that the two would continue to talk about BCSO's policy on when to pursue.

"The sheriff and I have been good partners since he's been elected," McManus said. "That relationship will continue as far as I'm concerned, but right now my concern is the safety of my officers and the safety of the public. And pursuing people for offenses which do not rise to the need versus the risk to apprehend that person - that just doesn't work for me."

“The Bexar County Sheriff’s Office pursuit policy was made more restrictive when I took office in 2017 with feedback from the Sheriff’s and Citizen’s Organized for Public Engagement Committee (S.C.O.P.E.). As a result, last night’s pursuit ended with the apprehension of two dangerous felons. If there is any blame to assign in these incidents, it is on the two dangerous felons that fled from deputies and on the inattentive driver who struck the SAPD Police Officer an hour after the felony pursuit and crash.”

A follow-up statement issued by BCSO on Friday evening clarified that deputies "will still assist outside agencies in pursuits that are permitted by their own policies."