A Brennan High School student is undergoing a series of rabies shots after the bat that bit him on school campus tested positive for rabies. 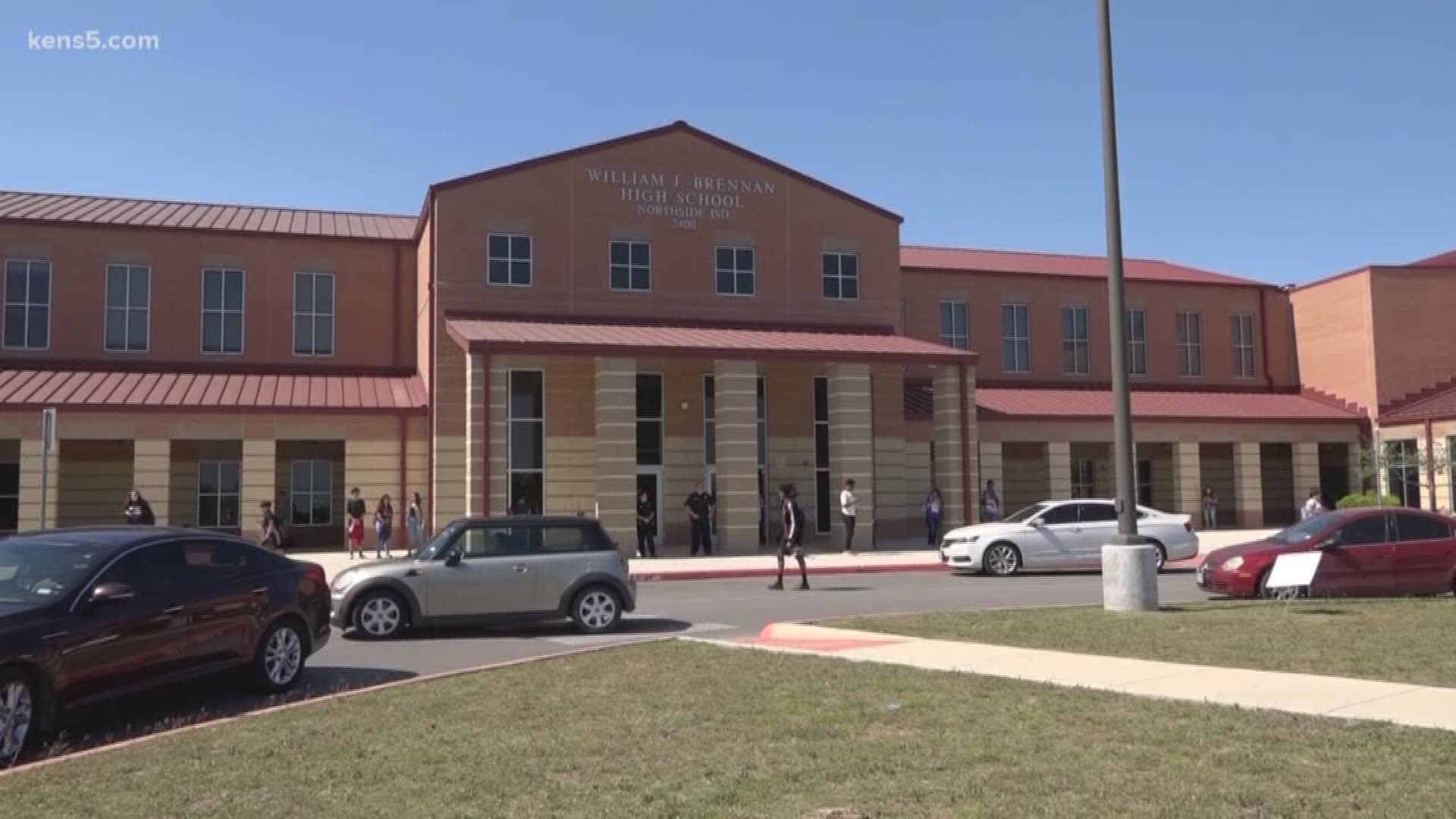 Hundreds of parents received a recorded voicemail from the high school principal. The call came after students came face-to-face with bats twice in one week.

Stefanie Cutter was one of the many parents that packed into the Brennan High School parking lot to pick up her daughter. She played the school voicemail that was left on her phone.

"The result of the first bat tested positive for rabies," the recording said. The school also released a letter to parents to inform them about the bats found on campus.

"We've had conversations with our kids about other animals and stray dogs or cats or even other people's pets, but I never thought that I would have to talk about bats," Cutter said.

"Yeah, I was a little freaked out," student Martha Leal said.

A class dedicated to learning outside last Wednesday turned into a life lesson for a student. Three teens found the bat outside the school and a teen was bitten by the bat while trying to move it to a safer place, according to Barry Perez, the school district spokesperson.

"From what my teacher told me he said that the student shouldn't be at school today," Leal said. "That the bat had went and bit the kid and now he has rabies."

Perez did not confirm if the student was diagnosed with rabies, but did add that the teen was being treated with rabies shots.

Just two days after the student was bitten, another bat was found on campus dead. According to a letter sent to parents, the lab results of the second bat are still pending.

Texas is known as the battiest state in the country and Bracken Cave holds the largest bat colony in the world. The cave is located nearly 40 miles from the school. Bats are some of the most common source of human rabies infections in the United States, according to the CDC.

The newest lecture at school: do not touch wild animals.

“Well, it seems like it would be common sense, but I guess now I do need to learn a few things," Leal said.

Pest control checked out the campus and Perez says they did not find a colony of bats nearby.