It's unclear how Michael Carter died, and the Medical Examiner's office says it could be months before they can determine the cause of death. 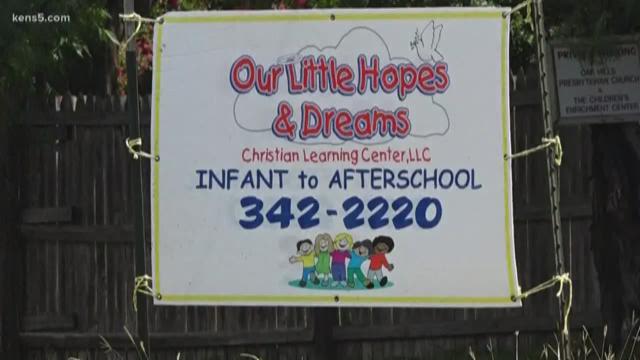 An investigation is underway into the sudden death of a seven-month-old boy found unresponsive at a local daycare.

It’s unclear how Michael Carter died, and the Medical Examiner’s office says it could be months before they can determine the cause of death.

On Monday, parents dropped off Carter at Our Little Hopes & Dreams Christian Learning Center on Callaghan Road. Carter was in his crib when daycare workers checked on him just before 2 p.m. and found he wasn't breathing. Employees tried to revive him and called 911, according to the police report filed by the San Antonio Police Department, but it was too late. Carter was pronounced dead at Methodists Children's Hospital.

We reached out to the family, but they did not want to go on camera; Richard Donnell, the boy's father, did inform us that he met with Texas Childcare investigators Wednesday morning.

The daycare owner said she is devastated and they are praying for the family, but did not release any more information. She said they are cooperating with police.

Records show Our Little Hopes & Dreams Christian Learning Center received their permit in 2015. Since then, the daycare has undergone 17 inspections. The most recent inspection was in July and no violations were reported but the report is pending.

A Gofundme has been set-up for Carter’s family to help with funeral expenses. His funeral is set for Sunday at the Castillo Mission Funeral Home.