'Just stop the bleeding': The first-aid training officers used to save lives in Austin's mass shooting

While Austin police waited for EMS to arrive during Saturday morning's mass shooting, they stepped into action and provided first aid to multiple gunshot victims. 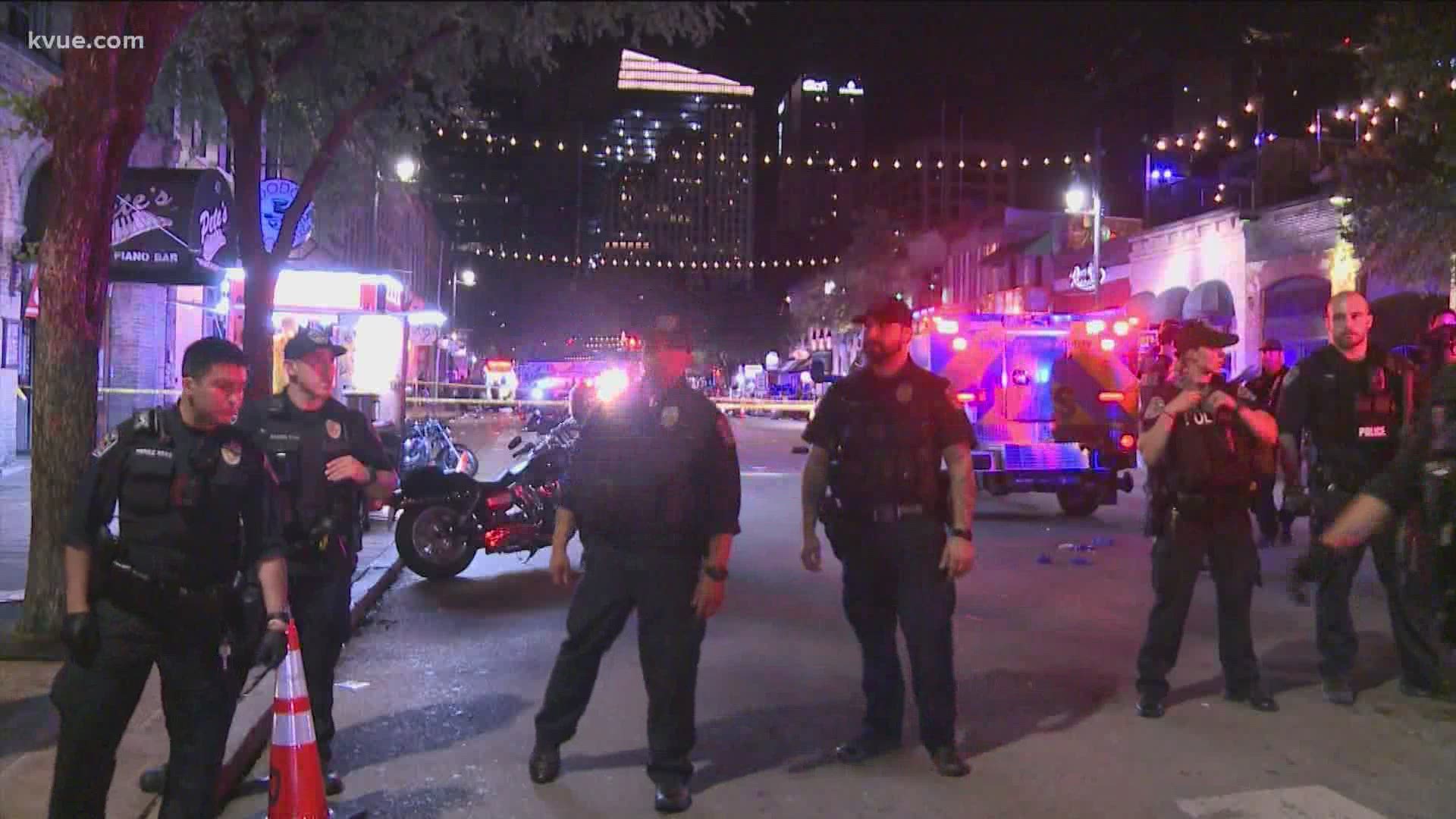 Multiple officers used tourniquets and their first-aid skills to stop the bleeding of more than a dozen people shot by the suspects. Officials said two suspects under the age of 18 are now in custody.

Interim Police Chief Joseph Chacon commended the officers overnight, saying it was their swift action and knowledge of first aid that saved multiple lives in another mass shooting in America.

"I've seen video already of them running to the victims within seconds, pulling out their tourniquets and beginning to apply tourniquets on gunshot victims," Chacon said during a press conference Saturday afternoon. "They applied those first-aid kits, the things that are in there, and they were conducting CPR on some. As the EMTs made their way through the large crowds, officers did not want to delay care and they actually began carrying victims from the immediate crime scene and in some cases, they transported those victims in their police vehicles. So not to delay that care, it was clear as people were running out of that scene, our officers were running it."

At all times, officers will carry an individual first-aid kit and a tourniquet. Chacon said every officer depleted their supply in the shooting trying to help.

Swann explained that any time there is an active shooter situation or an active attack, Austin-Travis County EMS (ATCEMS) is not allowed to enter the "hot zone." That means the shooter is still outstanding. Fire crews will come into a "warm zone" within reason.

The first EMS vehicle arrived within 10 minutes after the 911 calls started coming in, according to ATCEMS, but Austin police did not wait. They started helping the victims.

BREAKING: APD's @Chief_Chacon says there are now 14 victims. That victim is going to be okay. Two people are still in critical condition. @KVUE #Austin #shooting #ATX

When officers join the force, cadets spend at least four weeks of their training on first aid and tactical or trauma care, Swann said.

On top of basic first aid, officers learn how to pack wounds and stop wounds from bleeding.

"What we realized as a profession over the last 20 years is that we've lost a lot of people in these active attack incidents. They were just bleeding out. So if we can stop the bleeding and control the bleeding by putting a tourniquet on or preventing a sucking chest wound by applying a chest seal or even putting direct pressure to stop the bleed, we're going to save a lot of lives, which we have," Swann said. "That's exactly what those officers did."

Swann said it can take up to only 30 seconds for an individual to bleed out in some instances, and that is why it is hounded in the officers during the APD's police academy to stop the bleeding first and foremost.