The mayor clarified some of the confusion on where the money will be going and how it will be used. 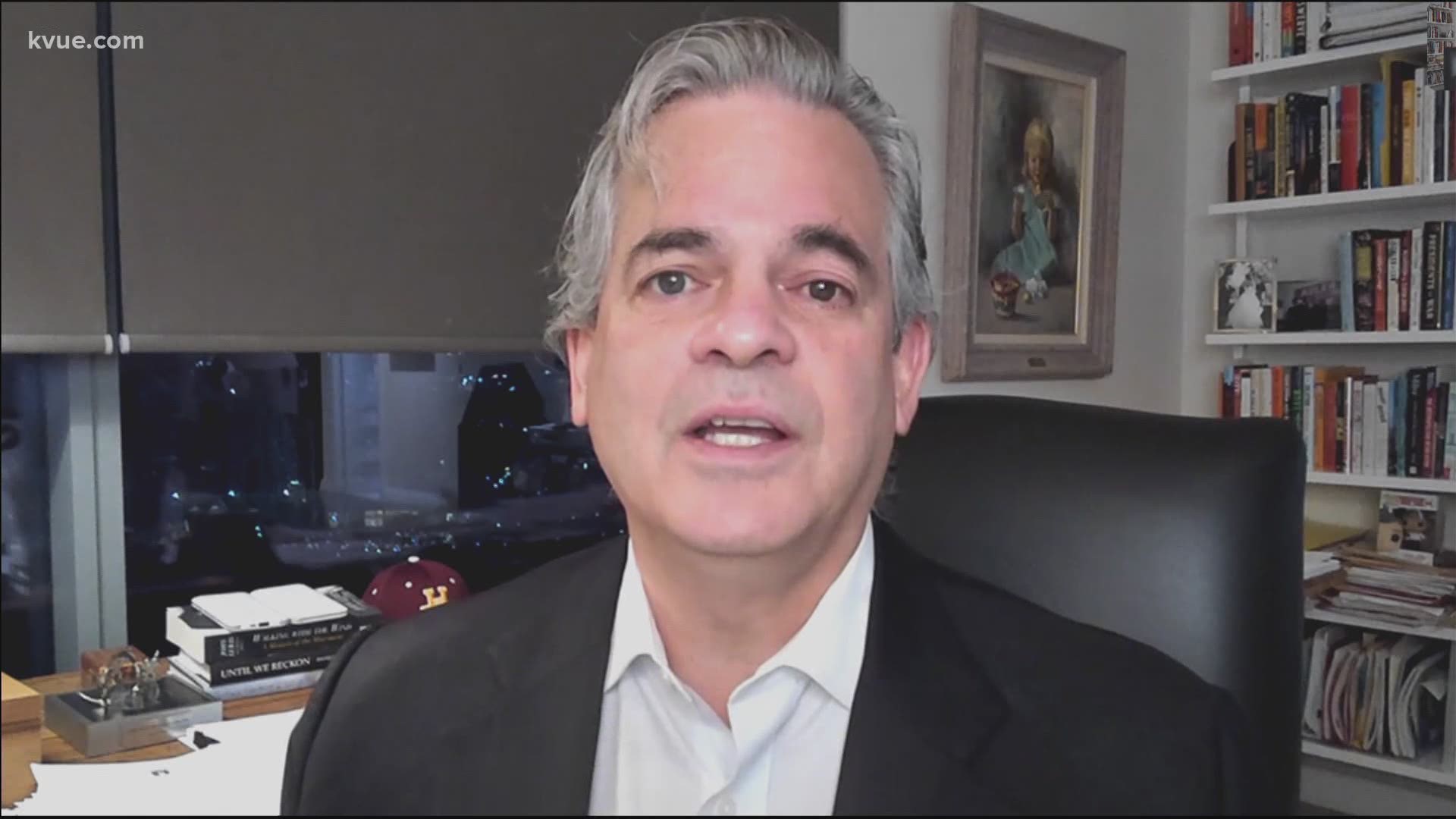 AUSTIN, Texas — The Austin City Council voted on Aug. 13 to slash the Austin Police Department's budget by $150 million, which is roughly 34% of the department's total budget.

Mayor Steve Adler joined KVUE Daybreak Monday to talk about the department's budget cuts and to clarify some confusion on where the money will be going and how it will be used.

Here's what was discussed in his KVUE Q&A.

Question: There seems to be a disagreement on the actual dollar amount of cuts. Many say you most definitely cut $150 million from the Austin Police Department. Councilmembers Greg Casar and Natasha Harper Madison did not take issue with the $150 million number. However, you disagree now with that number. Can you explain why?

Mayor Adler: We didn't get $150 million out of the police budget, but we did do real transformative change that ultimately will make the city safer. Think of it in three buckets. We took $20 million of unfilled positions of some piece of the overtime and then delayed three cadet classes in order to actually put more EMS people on the streets. So, police would take fewer calls putting in money to take people out of camps and into homes and so the police had to spend less time there. That kind of thing. That was $20 million. And then there are about $80 million of things that are for functions that won't end, but functions that we think should be independently run. The forensics lab, for example, that's been studied for several years, will continue. But over the course of the year, we want to transition it into to an independent civilian board under the government, working with the DA's office and in the county, several different functions like that that will continue like internal affairs, so that we don't have people checking on the same command structure reports on. But those are not being moved down. Those functions aren't going away, hopefully over the year. And then there are $50 million of things that we just want to take a look at to see whether or not they're a good idea to move like training. For example, police officers still need to be adjunct professors. But does the administration of that school need to be something that has sworn police officers in charge? The goal here is to get the police officers focusing on the things that we want them focusing on, like crime and taking away the responsibility to be are our mental health first responders or our social workers and getting those assignments to the people that should be doing those.

Question: You've talked about the need for better-trained officers, but the budget calls for cuts in staffing cadet classes and, as you mentioned, potential training overtime. Can you break it down for us and help us understand that decision?

Adler: I think that we want to make sure that we have the right number of police officers to do the work that we want to define as the work the police officers do. Police officers should not be our mental health first responders. We should be taking some of the dollars and giving it to mental health professionals to be doing that work. Our police officers shouldn't be the ones that are measuring noise downtown for noise abatement issues. We can't have people doing that that are not sworn officers. We really want our sworn officers to be focusing on crime. And that's what this is about. It's talking about taking those functions and putting them in civilian control that civilians should be doing so as to lessen the workload for officers. As we go through that process, we'll learn a lot more about the appropriate number of officers for us to have in order to make sure that this city is safe and that they're safe too.

Question: A lot of people, to be honest, are not on board with these cuts. Gov. Greg Abbott responded to these cuts, saying in part, public safety "is job one and often has abandoned that duty." He also added that the Texas Department of Public Safety will fill in the gaps where needed. What would you like to say to the governor, especially considering his statement recently?

Mayor Adler's response: I think that the governor just doesn't know what we did. He's just reacting to the headline about taking $150 million out of police, which didn't happen. You know, the governor has an infectivity issue right now with his virus across the state where it's going up, and I really think he should be focused on that. It is good to know that the state troopers and DPS are there if we ever need them. That's good to know. Safety is job No. 1, and we're going to stay focused on that.

Question: On your Facebook Live recently, you gave specific examples about how you feel this budget addresses community concerns. Can you just share a few of those examples in terms of the dollars that we're moving?

Adler: Well, it puts it gives it beefs up EMS because quite frankly, both the police and the fire department now are making most of their calls or medical calls and EMS should be making those calls so we increase that capacity. We have a problem in this city with domestic violence. But right now, if you're a woman in a home and fearing abuse and you call an organization like SAFE to find a safe place to go, you have to get on a waiting list. We ought to increase that capacity. And this budget does that to be able to pull people out of those abusive situations and give them a safe shelter rather than leaving them there so that they become a crime statistic that that police have to come and address. It's that kind of thing. It is addressing ways to, in fact, make us safer and to let our police focus on the issues of crime.

Question: This is from a viewer: "How do you justify these cuts when nothing has been tested? This is a trial and error that should not be an experiment at the cost of the city's safety." Care to respond?

Adler: Well, what we're doing now are things that we have seen work in our city and now we're expanding them. The forensics are making it independent. There's something that's been studied for the last two years and we've had two different consultants working on it. Now, we're moving forward on the kinds of recommendations that they make. We didn't take $150 million out of the police budget. What we're doing is more measured, and even the things that we said that we wanted to do are undergoing a review process right now, multiple people involved in the community. And what we passed specifically said that as we advance forward, if it's identified that there are unintended consequences, then we can continue to reevaluate along the way.

Mayor Adler's response: There are no funding cuts to 911. What we talked about was taking the operator service for 911 and integrating with the operator's service for 311. We have to separate call-in centers. A lot of people sometimes aren't sure whether to call 911 or 311. But we thought by integrating them, we would be better able to handle the calls, better able to send the calls to where it is that they need to go. So all we talked about taking the 911 call center and no longer leaving it as a police function, but integrating it with 311, and keeping them both as city functions. But we think that it will result in much better service for the people in the community. And the police chief on Friday said that the 911 service would not be impacted by anything that we're doing.

Cedar Park shooting: Suspect and his mom come out of home peacefully