'The unstung hero': Austin beekeeper buzzing on TikTok with millions of views

Most of her videos show the process of how she removes bees, and she hardly wears any protective gear because she knows their "bee-havior." 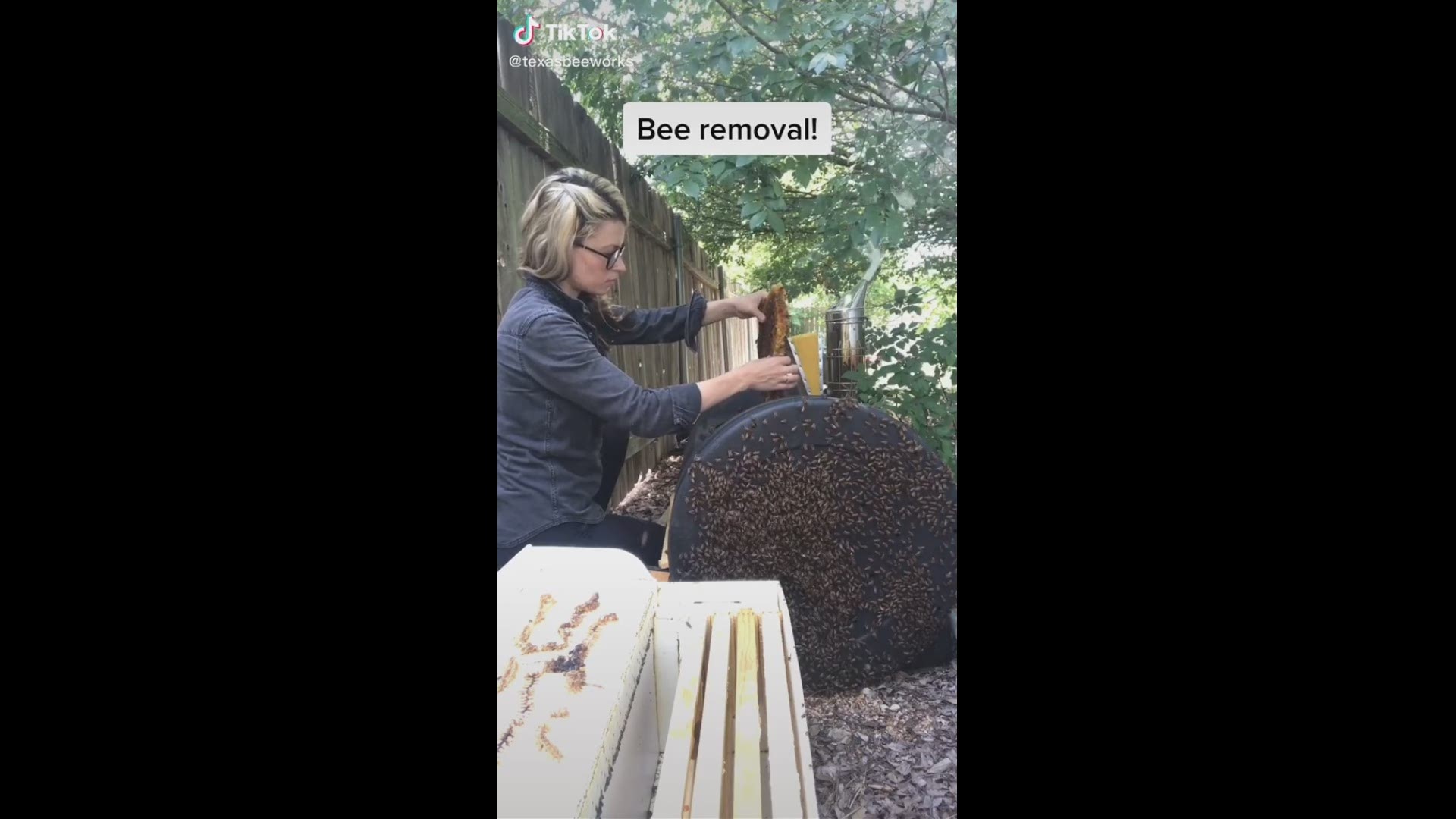 AUSTIN, Texas — "Queen of the bees," "the unstung hero" and "protector of the honeycombs" are all names one Austinite has been dubbed after her beekeeping videos went viral on social media. Erika Thompson is taking TikTok by swarm, one post at a time.

The owner of Austin-based Texas Beeworks has been sharing updates on what it's like to be a beekeeper in Central Texas, and it has created some buzz online in her mission to "save the bees."

RELATED: Meet the beekeeper who looks after 5 million bees and counting in the Austin area

Most of her videos show her process for removing bees, and to many of her followers' surprise, she wears very little protective gear. You could say she's learned their "bee-havior."

"After keeping bees for nearly 10 years, I've learned to read their behavior and can tell when they're aggressive," Thompson said in a comment. "No stings and no bee suit needed here!"

KVUE's Rebecca Flores had the chance to meet with Thompson last summer to find out what a day in her life is like. She looks after more than 5 million bees in the Austin area alone, and it takes a lot of work.

WATCH: Beekeeping 101: A day in the life of an Austin beekeeper

LIST: Multiple Longhorns opt out of the 2020 football season