Lady Bird Lake in Austin reopens after more than 3 months

Harmful blue-green algae in the area is believed to be responsible for the deaths of at least three dogs in August. 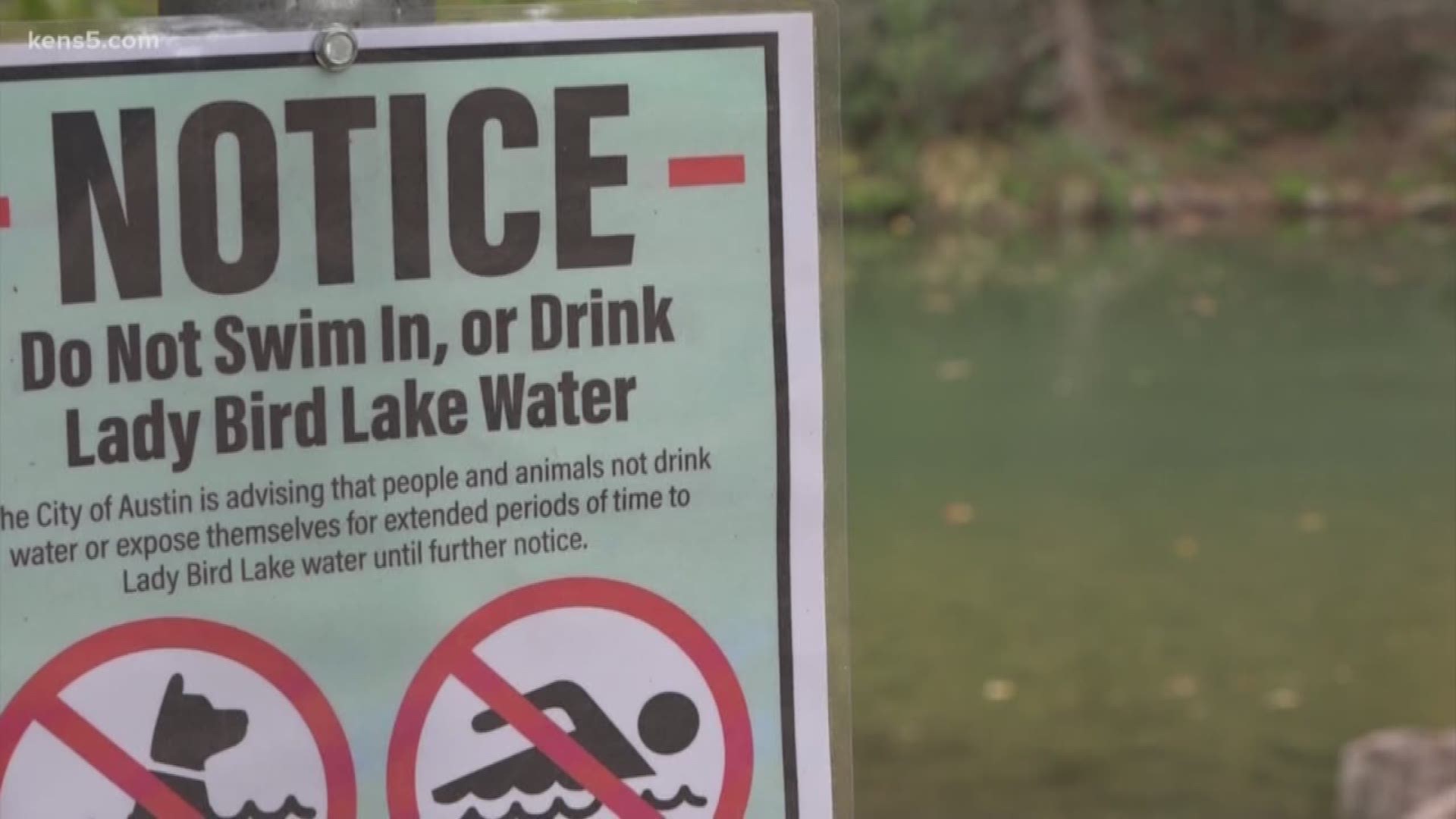 AUSTIN, Texas — More than three months after its closure due to harmful blue-green algae in the area, the Austin Parks and Recreation Department has decided to reopen Red Bud Isle to the public.

The scientific name for this type of algae is cyanobacteria. When it produces toxins, it is called a harmful algal bloom. This type of algae caused a scare in Austin in August, when reports began surfacing that dogs were dying shortly after taking a swim in the Lady Bird Lake area. At least five dog deaths were reported.

City officials said Friday that dog owners who choose to allow their pets to swim in the area should be aware that another harmful algal bloom could occur at any time or in any part of the lake. This risk is the highest when the weather is hot and dry for an extended period of time. As of Friday, the City said signs have been posted at locations where blue-green algae was identified, warning pet owners about this risk.

"We do know for sure that hot, dry weather can create these algae blooms and so we know that there's a possibility for this every summer, so we're just trying to be diligent about letting people know what the risks are and letting them assess what they should do from those risks," Watershed Protection Department Assistant Director Sara Hartley said.

The parks department closed Red Bud Isle on Aug. 7. The Wathershed Protection Department detected neurotoxins in various algae samples taken from three locations around the lake from August to October. An abundance of algae on the lake varied over the past four months, peaking in August. A lower peak was identified in October. However, on Nov. 12, there were no visible blue-green algae mats.

The City said that, during the outbreak, the neurotoxin was only detected in the algae – not in the water itself. Thus, people have been allowed to use the lake for recreation throughout the time period.

It should be noted that people have not been allowed to swim in Lady Bird Lake since 1964. Dog owners should also note that allowing dogs to swim in any natural body of water poses a risk.

Red Bud Isle was officially reopened Friday at noon. The Watershed Protection Department said this announcement applies to all of Lady Bird Lake.

RELATED: 'I love you for all of time': Woman sends warning when dog dies after swimming in Lady Bird Lake

Woman's battle with HOA ended with her losing home, them purchasing it for $3.24