Last week, the agency also announced that employees have been added to its call center. 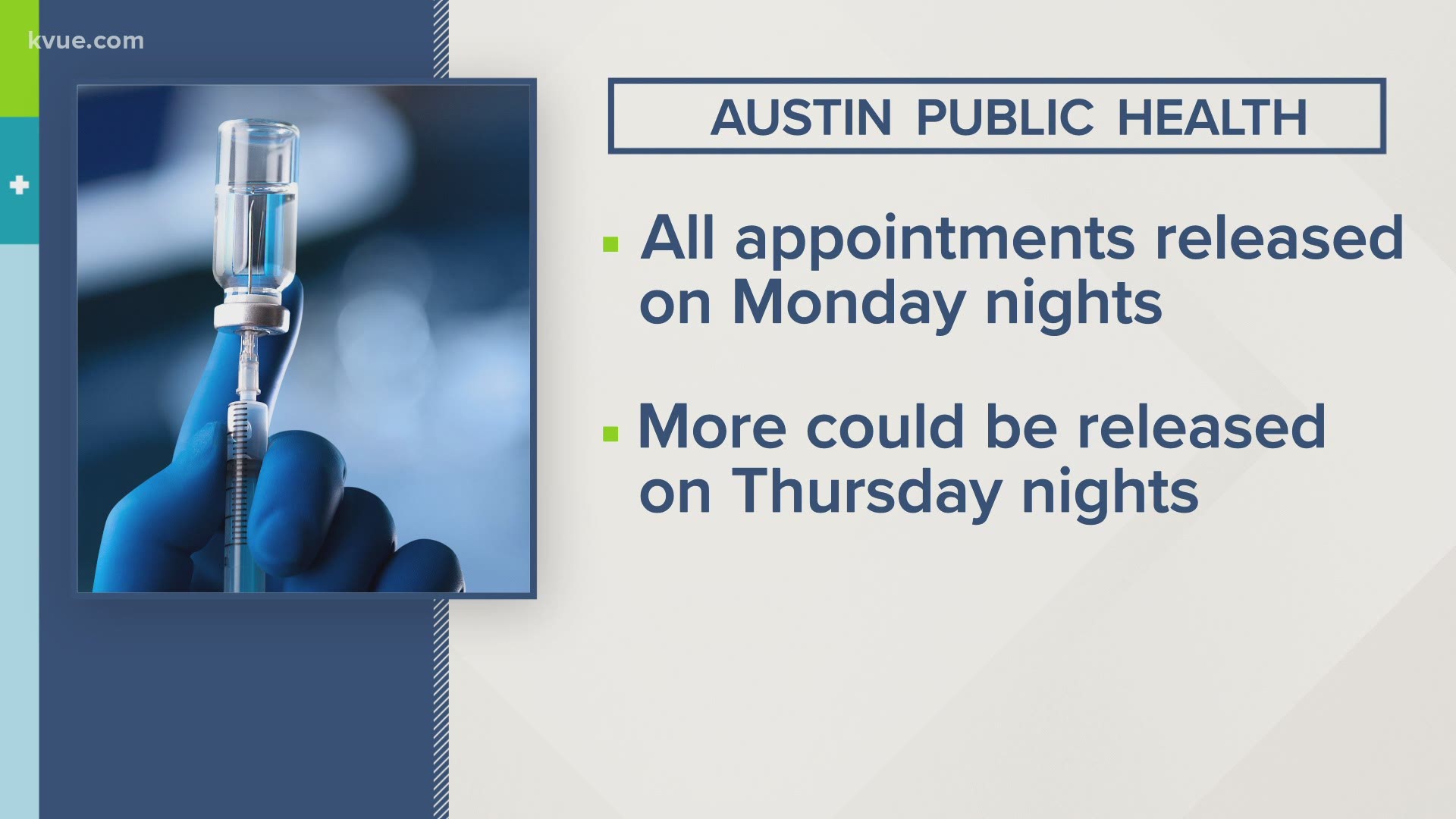 AUSTIN, Texas — For those looking to make an appointment for the coronavirus vaccine through Austin Public Health, the agency is making a scheduling change.

The agency said in a tweet on March 8 that the scheduling change was made based on feedback APH received for the first-dose scheduling process. It goes into effect Monday, March 8, but the agency did not say what time the appointment release is expected to happen.

Last week, the agency also announced that more employees have been added to its call center.

If you would like to get a vaccine through APH, and you fall in the Phase 1A or 1B category for vaccine requirements in Texas, you should create an account at AustinTexas.gov/COVID-19-Vaccines.

KVUE has put together a list of popular providers for you to register to get the vaccine in and around the Austin area. You can check out that list here.