Four adults, one child shot at Texas Roadhouse on west side

The suspect is still at large. 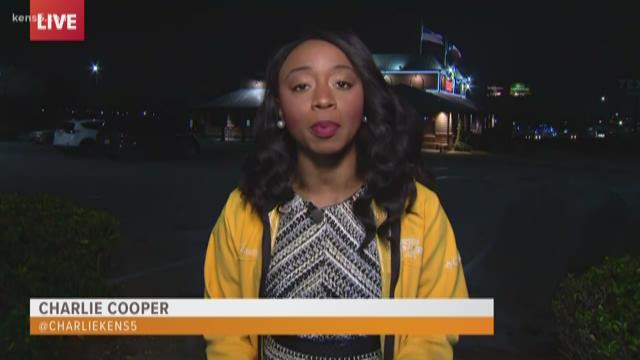 San Antonio Police Department officers responded to a reported shooting in front of a Texas Roadhouse location on Cinema Ridge on the city's west side on Sunday night.

Other people were treated on-site for anxiety and witnesses were interviewed.

The shooter is still at large and has only been described as an African American male. After opening fire with a semi-automatic handgun, he emptied the entire magazine into the family. One round penetrated the restaurant wall. The suspect fled and neither the suspect nor any of the victims entered the restaurant.

Officials believe this was not a random shooting, but a family violence situation.

This is a developing story. Please stay tuned for updates.