The Texas Freedom Force Militia group stood in front of the cenotaph to make sure it wasn't vandalized again. 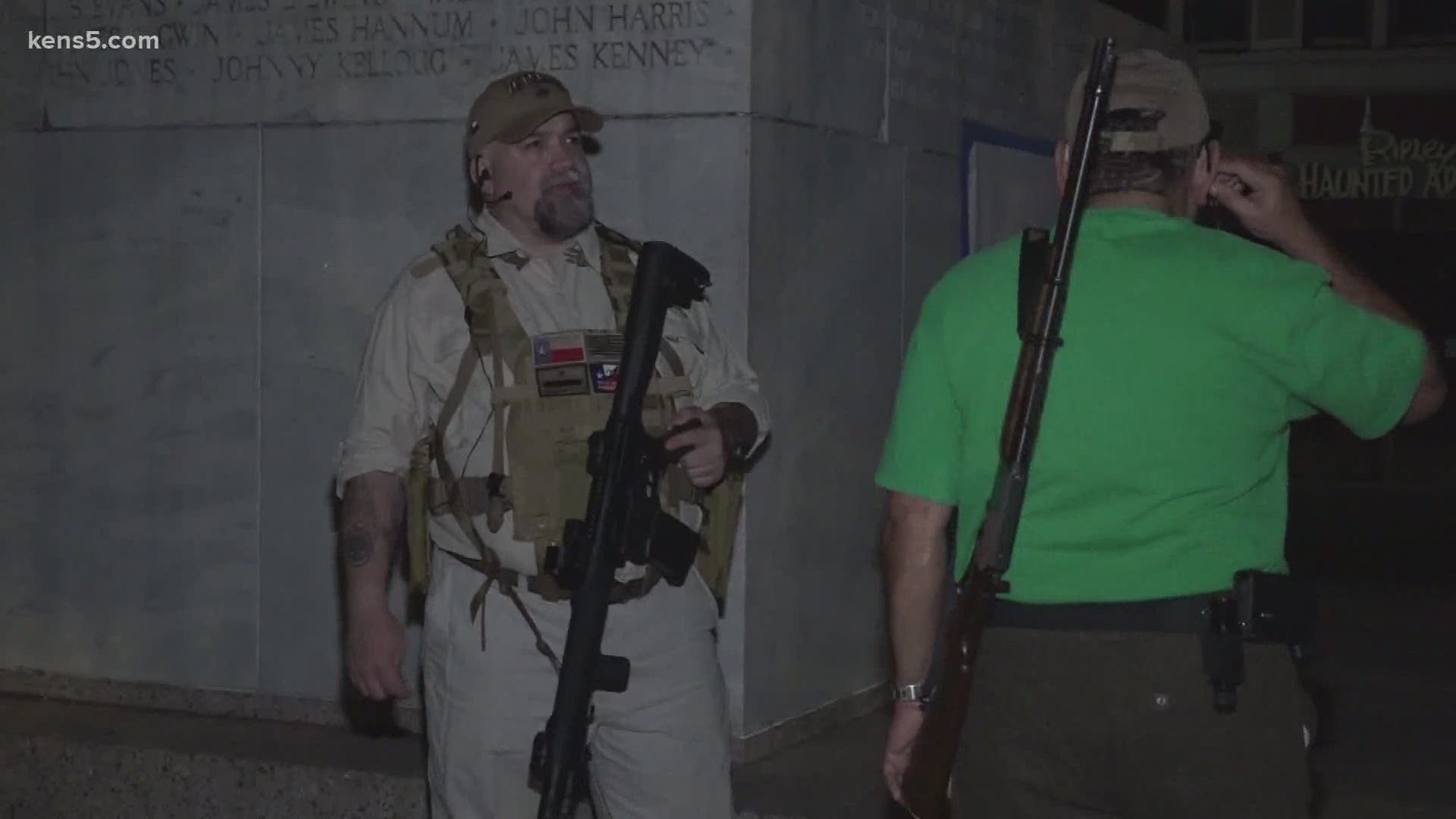 SAN ANTONIO — The Texas Freedom Force Militia group took matters into their own hands, standing guard at the Alamo Cenotaph overnight to make sure the historical marker wasn't vandalized again.

Group members stood in from of the Alamo Cenotaph with guns in hand in response to Thursday night's vandalism of the Cenotaph.

San Antonians awoke Friday to learn that the sculpture had been tagged with words like 'white supremacy,' 'profit over people,' and 'The Alamo.' Each line had a downward-facing arrow next to it.

Noah Escamilla, 25, is currently in jail but has not formally been charged in the Alamo Plaza vandalism.

SAPD Chief William McManus said that Escamilla is also a suspect in another apparent act of vandalism a few blocks away.

The graffiti that covered the marker has since been covered.