Several dozen inmates gathered for a special Christmastime Mass, in a holiday season when most of them won't be with their families. 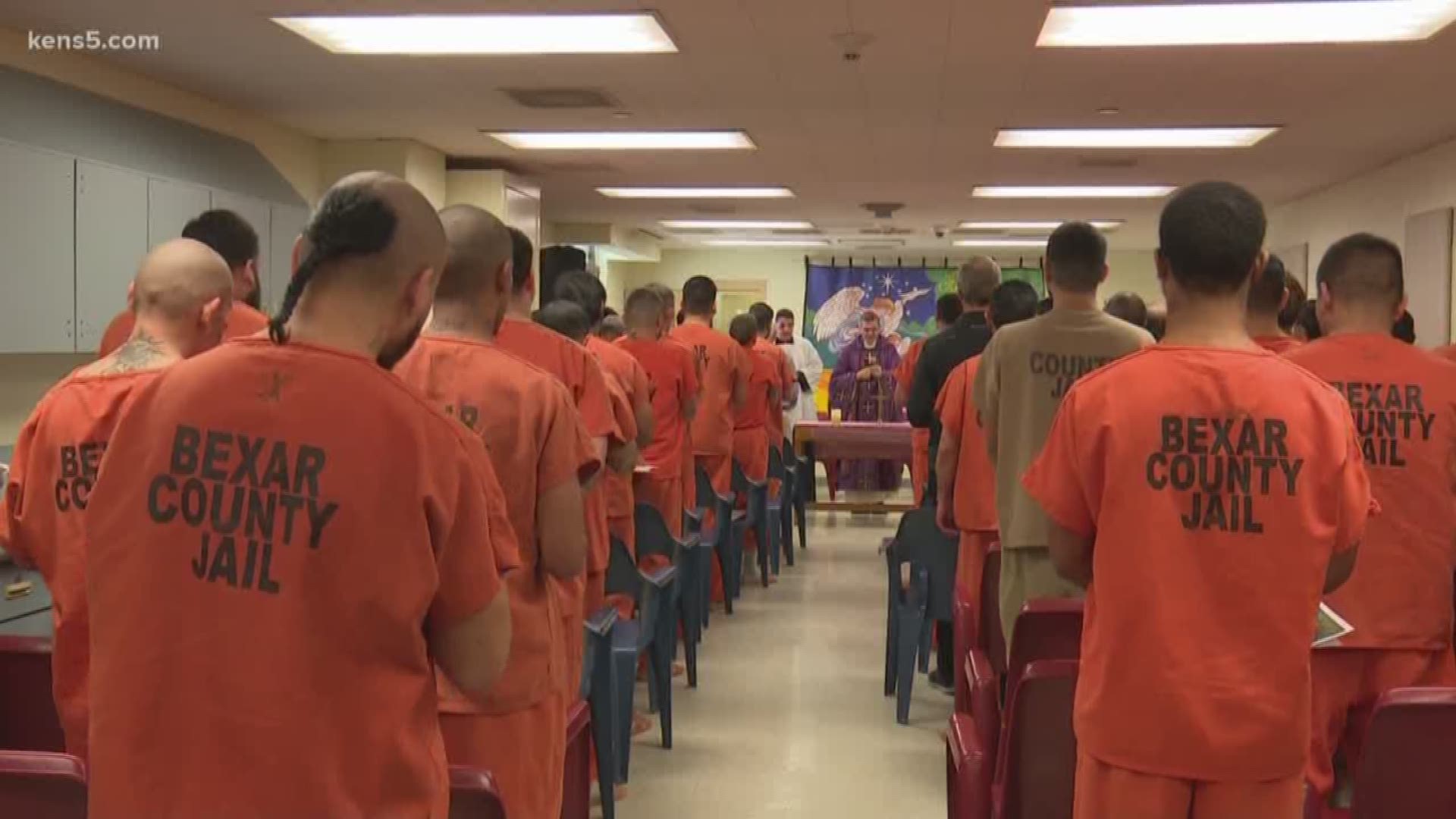 Leading a Christmas Mass for about 50 inmates at the Bexar County Jail, the archbishop told the men he hoped they were comforted by the opportunity.

Acknowledging that being incarcerated when the world is celebrating can be a difficult experience, the archbishop said he hopes everyone can lean on faith.

"We can forget people when we gather. Sometimes we forget members of our family," he said. "We forget. But the Lord, he doesn't forget."

In a place where opportunities are scarce and every movement is controlled, García-Siller spoke to those who are broken, shackled shoeless—marked, perhaps not by failure, but by faith.

He said he hopes those who came to the special Mass experienced at least a fleeting moment of freedom, the ability to worship as one.

"We are family," the archbishop said.

In honor of his birthday this week, García-Siller received a gift at the close of the Mass; original artwork of the Virgin of Guadalupe by an inmate who said when he is free he loves to worship at San Fernando Cathedral.

Recognizing that many of the men in the room are fathers who will be missing out on Christmas with their children, Sheriff Javier Salazar preached bettering themselves.

"You may be bummed out because you can't have your kids for Christmas, but I tell you what you can do. You can pledge to yourself that next year, and every year after that, the best gift that you could possibly give them is to be a better dad," Salazar said. "Be there for them. Be there."

Salazar said he hopes the fellowship of the Mass will remain long after the last notes of the Christmas carols, urging the men to aspire to better lives.

"Show up. Be better, do better and be that role model that many of you wish you had growing up," he said. "Be that guy. Be there to raise the kids."