Authorities said the building was in flames when they arrived, causing a large part of it to collapse. 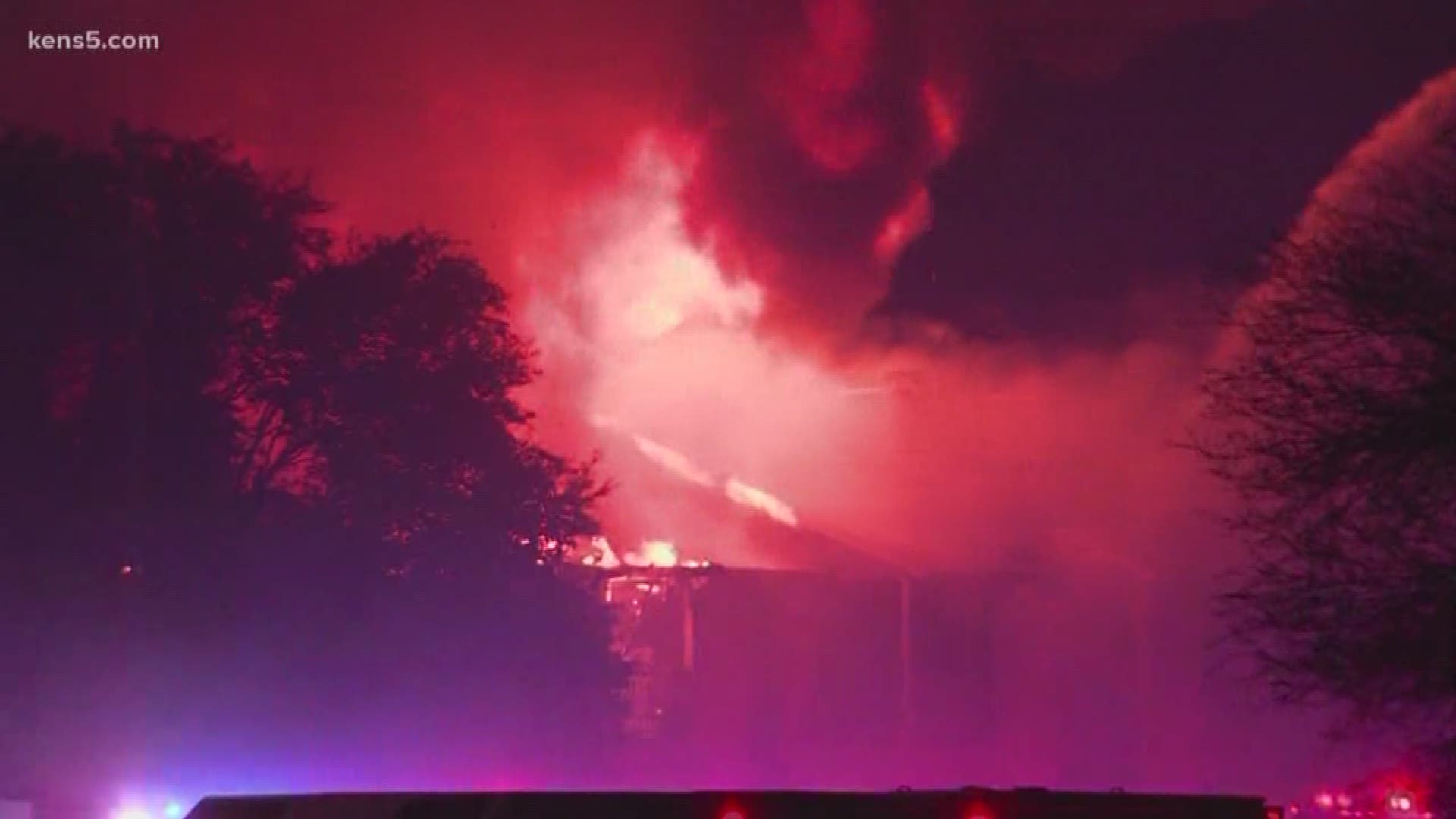 SAN ANTONIO — The San Antonio Fire Department responded to a two-alarm apartment fire that started on a balcony and quickly spread to the roof.

The incident took place just after midnight Sunday at the Avistar Apartments in the 5200 block of USAA Boulevard on the northwest side.

Authorities said building three was in flames when they arrived, causing a large part of the building to collapse.

SAFD was able to contain the fire, but sixteen units were heavily damaged, and at least six families were displaced.

The apartment complex assisted in relocating families, contacting the Red Cross for help. Arson investigators arrived to assess the fire damages and no injuries were reported. As of Sunday night, officials had not given a damage estimate.

Resident Jake Ramsey Estrada said police knocked on his door telling him to evacuate. "Not even ten minutes later, my front door was engulfed in flames," he said. "At least I am alive, and got out."

San Antonio Fire Chief Charles Hood said there have been more apartment fires this year. "We have seen about a 20 percent increase earlier in the year," he said. "We want to make sure people living in apartments have renter insurance, they are taking care, and making sure they have smoke detectors."

This is the second major apartment fire in the past week. On Wednesday, a fire ripped through a northeast-side apartment complex leaving eight families without a home.

Man reels in rifle while fishing at Texas lake