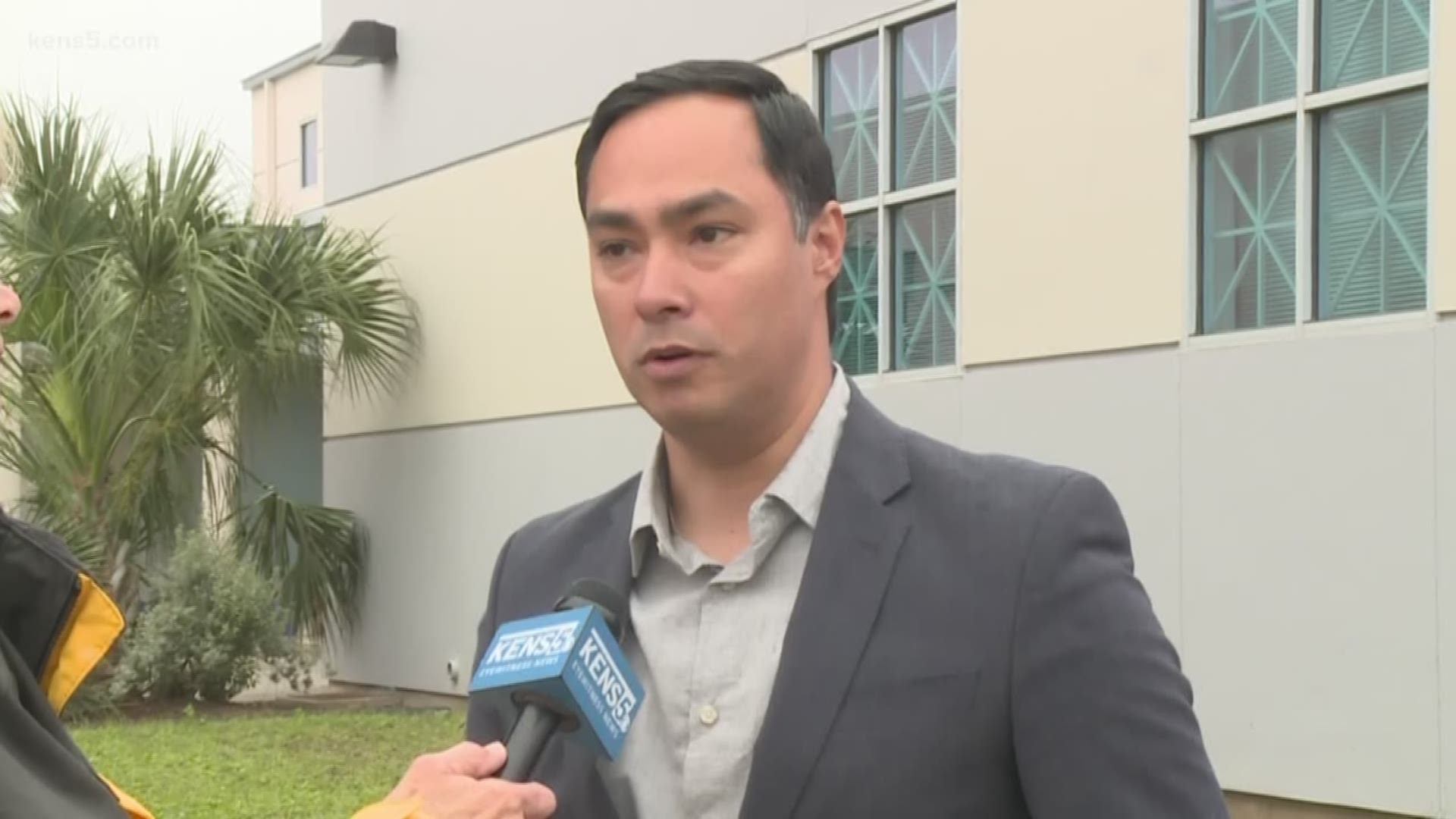 Castro claimed there was only one computer at Las Palmas Library where Bexar County residents were said to be standing in lines for hours, waiting to cast their vote.

Many San Antonians have reached out to me this morning very upset over problems with early voting sites in Bexar County. I have spoken to County Judge Wolff. This morning I also visited the Las Palmas site on the city’s westside. 1/2

At Las Palmas, there was a long line but only one poll worker to check ppl in. There are usually 3. Also, there was a problem w/ the system that prevented voter labels from being printed, meaning it had to be done by hand. Running late for work, many ppl left without voting. 2/2

Castro further called on the county to address the issues of staffing and outdated machines and vote-recording system that had been in place for many years. "Democracy only works if people have the opportunity to go and vote," said Congressman Castro.

Senator Menendez echoed Congressman Castro's sentiments Monday, speaking alongside him in the impromptu press conference. "At a time when we're asking people to come out and vote...we have got to make sure, as a county, they have the right to exercise that vote in a reasonable way," said Jose

Senator Menendez also suggested the county might look into a better electronic system for providing citizens with information on wait times. "There is no excuse for us to use antiquated methods."

Senator Menendez called on citizens that were turned away by long lines to not give up. "If today wasn't your day to cast your vote, come back tomorrow."

Bexar County elections officials held a press conference just after Castro to discuss the turnout for early voting that may break a record in the county.

As of 4 p.m., the time of the press conference, Bexar Elections Administrator Jackie Callanan said that

Callanan spoke to members of the media, to offer clarity on early voting issues and long lines that people had been reporting throughout the day.

When asked to respond to claims that the machines are antiquated, Callanan admitted the machines were from 2002, and that it might be time for a new system. "That is ongoing," Callanan said. "We are going to start that as soon as this election is over."

Despite the issues with machines, Callanan backed up the operations, stating that sites were staffed with the correct minimum amount of officials based on guidelines and laws from the state. "The election officials are doing a great job," said Callanan.

Callanan has been an elections administrator for many years in Bexar County. When asked what number election she was on, Callanan said she lost count at 360.

Callanan closed the conference with a request to the media: "Would you get your viewers and your listeners to just take a minute and thank the election officials? These people are going to work ten, eleven, and twelve hours a day for the next eleven days."