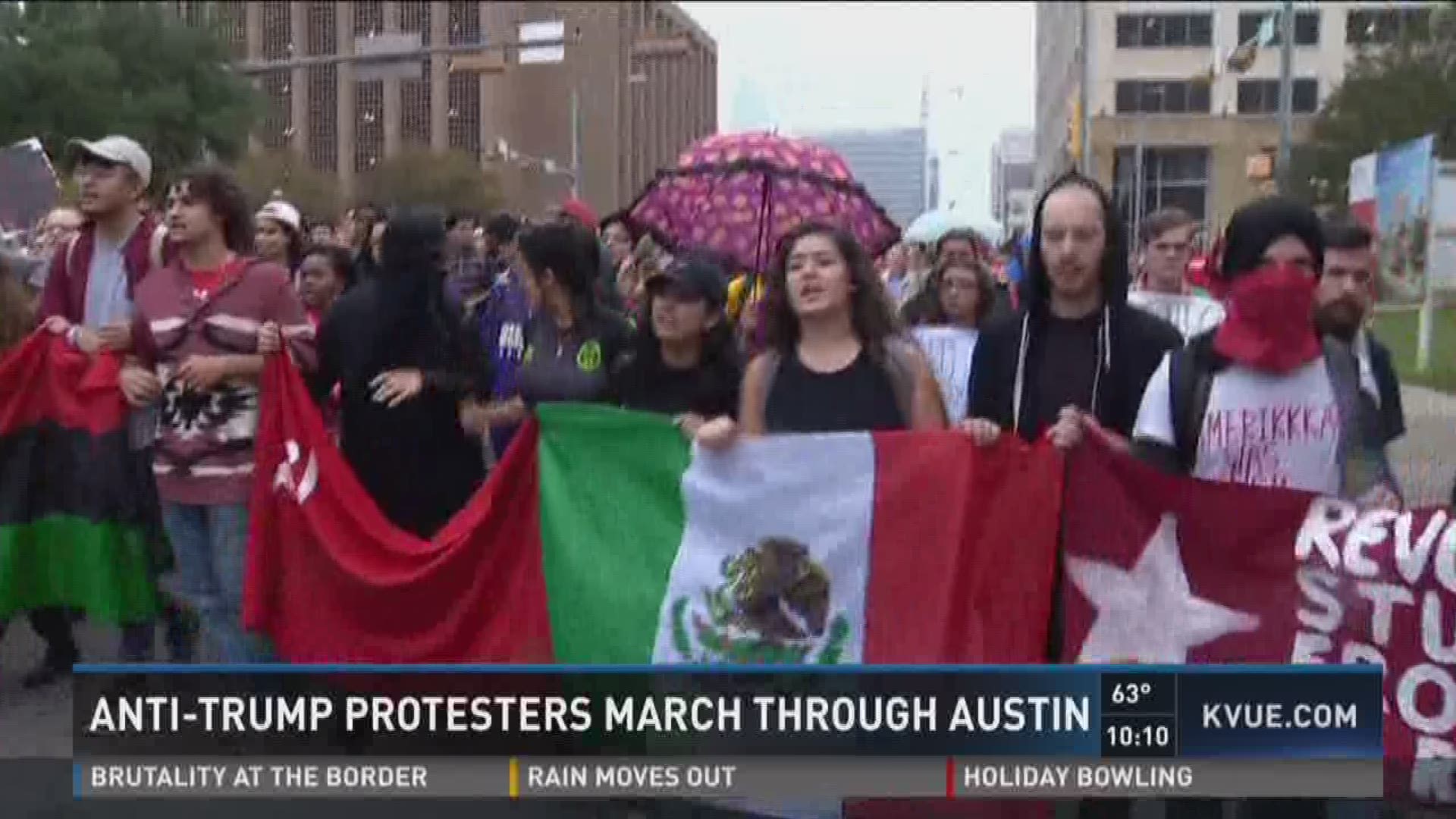 Large anti-Donald Trump protests made their way through Downtown Austin Wednesday. Protesters temporarily blocked the First Street bridge before moving east on West Riverside Drive then back up Congress Avenue towards the Texas State Capitol. The protest reached Capitol grounds then walked back to UT campus.

A second wave of protesters, hundreds strong, was the second to pass through Downtown Austin Wednesday with potent words for the President-elect.

They walked from campus to Congress Avenue and back again, blocking bridges and chanting "out of your jobs and into the streets" to onlookers.

One group on campus responded by raising their fists in solidarity.

A woman along the route said "They should be able to express themselves. If our vote didn't count the way we wanted, we should go do it."

Walking with protesters against Trump on Congress pic.twitter.com/OMYckhbqza

"We disrupt traffic for all kinds of stuff, festivals, races, everything else," Austin Police Chief Art Acevedo said. "I apologize ahead of time, but I'd rather have these young people exercise their rights peacefully."

"I don't want to speak for the group, but I'd say their message is they're not happy," Acevedo said.

Casar said "We need to begin to resist. I'm here supporting our community as we begin to fight back as a city against Donald Trump and his policies of fear."

Some protestors were students, and others were tourists. They all believed voters made the wrong choice -- except for one. A man in a Trump T-shirt said "That's the whole purpose of America. We can vote for whoever we want but guess what? At the end of the day he was elected by the electorate and that's how its gonna be. Get used to it we have to work together."

But beyond the protests and the anger, disappointment, and regret another word being carried throughout the crowd was solidarity.

UT Sophomore Josh Ellis said, "What was so powerful about this, is that we were able to stand together."