Animatronic dinosaurs can be found all around the zoo grounds, and the Zoorassic Park features are included with standard admission and zoo memberships. It runs from May 26 to August 26. 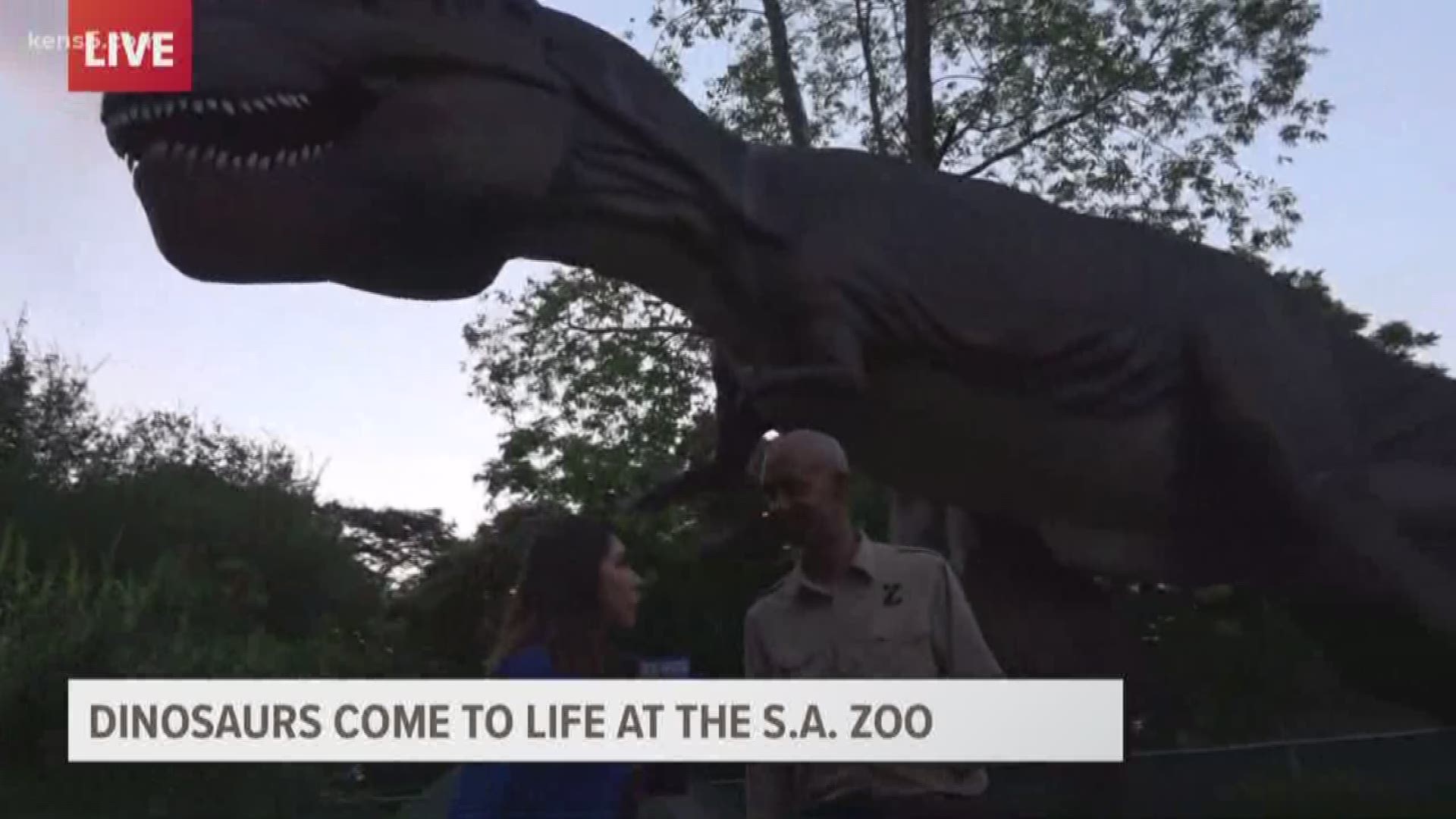 SAN ANTONIO - A T. rex, Brontosaurus and Triceratops... Oh my!

The new Zoorassic Park experience at the San Antonio Zoo officially kicks off Saturday. 15 animatronic dinosaurs have moved in, and they react to guests moving by them. The dinosaurs move and roar.

"We also want to educate people about these dinosaurs. Where were they found in the world? What period were they found in? Not all dinosaurs roamed the Earth at the same time. Ultimately, people will learn that extinction is for real," Chuck Cureau, San Antonio Zoo public relations director, said.

Zoorassic Park also encourages guests of the zoo to "rethink extinct," and learn how dinosaurs teach us about today’s wildlife and the threats they face.

"It's fun to come out to the zoo and see these larger-than-life dinosaurs here, but it's kind of a message that we need to do something now to protect animals and protect the habitats that animals live in so that they don't end up like the animatronic dinosaurs," Cureau said.

The dinosaurs can be found all around the zoo grounds, and the Zoorassic Park features are included with standard admission and zoo memberships.