A Texas non-profit is helping animals that wouldn’t have a chance to find a home. 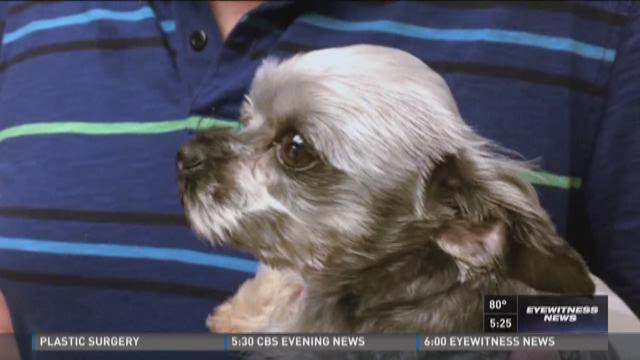 FAIR OAKS RANCH, Texas -- A Texas non-profit is helping animals that wouldn’t have a chance to find a home.

Whether they’re on the streets, or in a shelter, rescue groups will give him a call when there is an animal in need.

“They will pull animals from the city pound that are scheduled for euthanasia, and they’ll contact me and say, ‘Hey, can you help us with this dog? It has a broken leg, or it has mange.' We fix them and send them off to no-kill shelters and get them adopted," he said.

The outreach doesn't stop at the clinic. It's also online, and it all got started with the first call for a dog hit by a car. Carriker decided to pull out his iPhone and get to work.

“I took it in, started working on it and decided to film it. That’s how the Vet Ranch thing got started. The dog ended up totally recovering," Carriker said.

Carriker said he already had success on YouTube outreach through his other channel, Demolition Ranch.

"I thought I could use that social media following to do something more worthwhile," he said.

The Vet Ranch YouTube channel now has about 150 videos, along with more than 500,000 subscribers, showing the vets' treatments and animals’ recovery.

“We show the most exciting five minutes of those few months," Carriker said.

Carriker said people have expressed interest in adopting animals featured in the videos.

The non-profit also has more than 100,000 followers on Facebook.

“Even though we’re a Texas-based organization, we get donations from all over the world. We’ll get five bucks from Germany or ten bucks from Australia. It’s really cool the reach that our organization has," he said.

Carriker also said the final product makes everything worth it.

“When we finally get them out of here, and we get an email saying they’ve been adopted, or we get a picture of them with their new family, it’s really cool to see that," he said.

Carriker said he hopes more pet owners will spay and neuter their pets to avoid more animals going into shelters.

You can also donate to Vet Ranch online.