Two puppies that were found in a dumpster behind Culebra Meat Market are available for adoption through San Antonio Pets Alive! 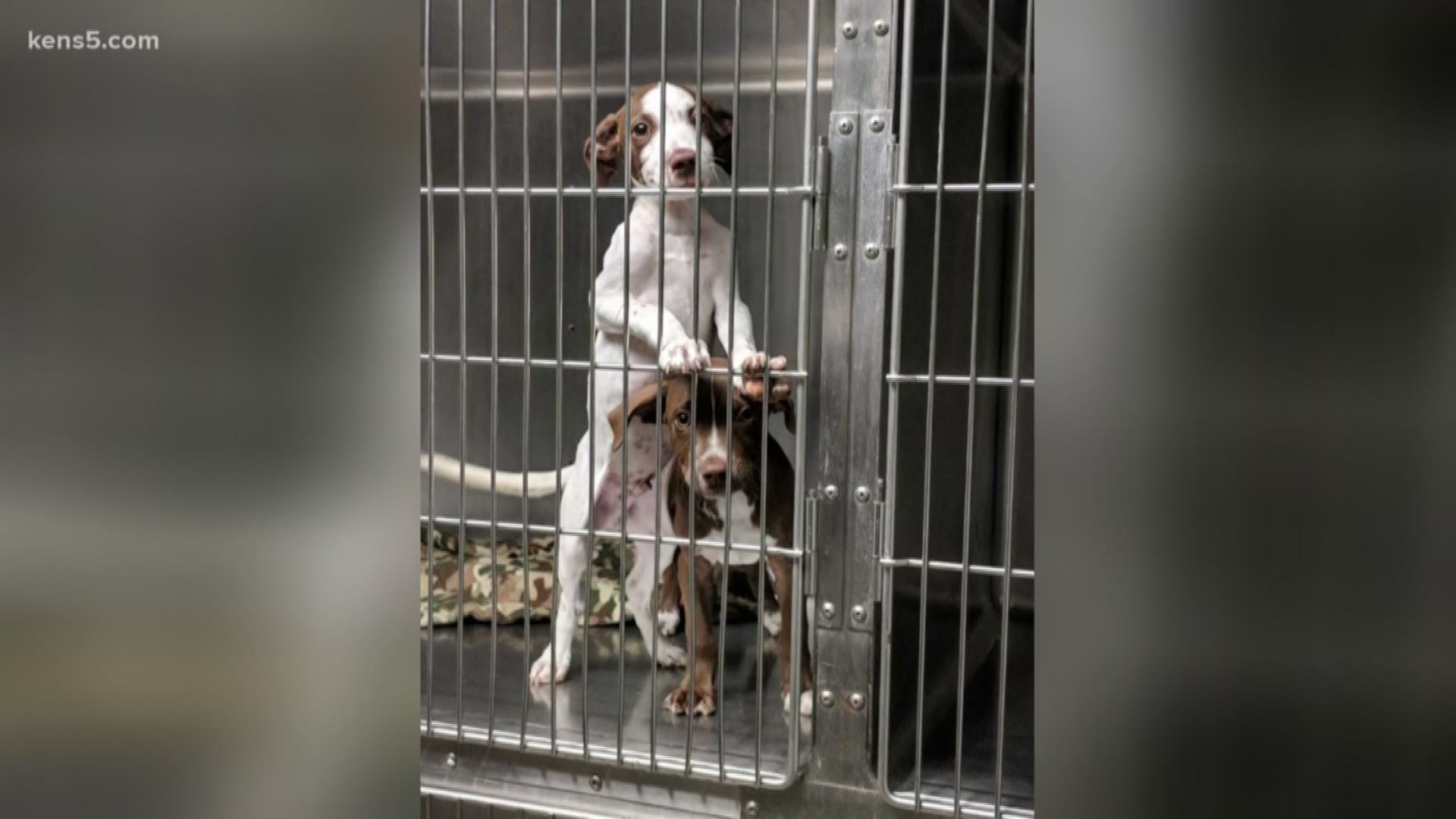 SAN ANTONIO — After a month of care from San Antonio Pets Alive!, Crockett and Bowie are now ready to be adopted into forever homes, according to a spokesperson for the rescue.

Crockett, the white puppy who was diagnosed with Parvovirus was quarantined from his brother for a few weeks while he received medical treatment. Parvovirus is extremely contagious to other dogs, SAPA! said.

Crockett and Bowie have also tested negative for all worms. They were so happy to be reunited when Crockett was healthy again and his quarantine was uplifted. Both Crockett and Bowie are available for adoptions. If interested in adopting them, please fill out an adoption application at www.sanantoniopetsalive.org/adopt.

The pups were thrown away in a dumpster behind Culebra Meat Market in October. According to San Antonio Pets Alive!, a man showed up with the puppies at their Medical Clinic, where staff asked him to take the puppies to Animal Care Services, since SAPA! does not do public intake.

PREVIOUSLY: Man dumps puppies behind dumpster after trying to turn them in to SAPA!

The man then left with the puppies, who were later found by rescue staff in a dumpster behind Culebra Meat Market, the same shopping center as the Medical Clinic. The man may face charges, as dumping of pets is illegal.