A Rhesus macaque escaped its crate Monday at the San Antonio Airport, airport officials confirmed with KENS 5. The 10-year-old primate later was delivered to a sanctuary in Cotulla. 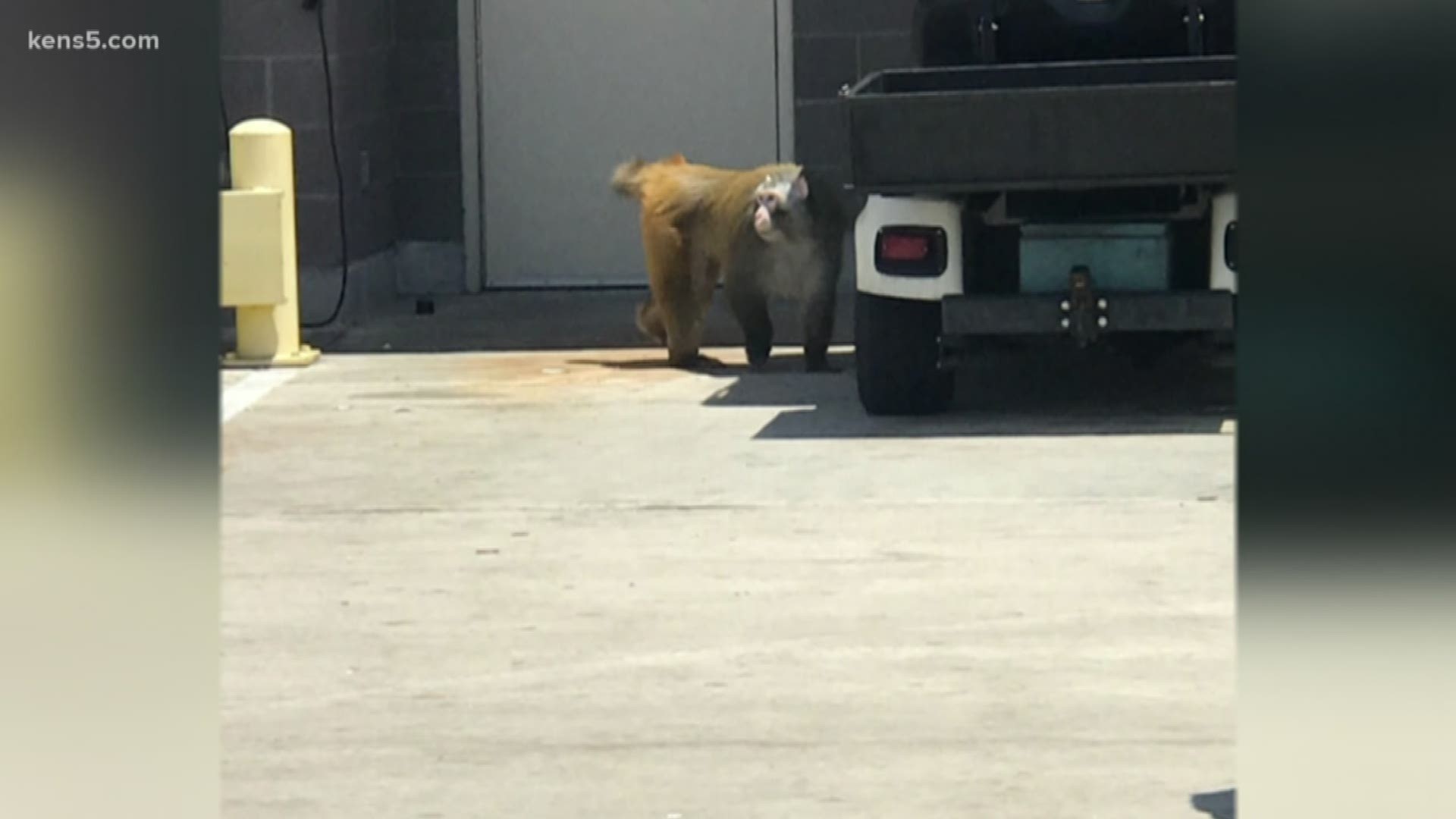 The primate, which the San Antonio Zoo later identified as a Rhesus macaque, was on board American Airlines flight 1014 from Chicago. While moving the crate from the plane's cargo hold and to the baggage area, the monkey got loose.

A #kens5eyewitness was able to capture this video of the escaped monkey at the San Antonio Airport. The baboon has been contained, SAPD confirmed with KENS 5. pic.twitter.com/JOimlyoxtZ

Viewer video captured the macaque moving from the American Airlines facilities and towards the United Airlines baggage area, where it was able to evade authorities for almost an hour.

San Antonio Police say that the monkey was contained around 3:45 PM. Crews were able to isolate the monkey to a room at the airport. Operations at San Antonio International have returned to normal, though the airport has announced that some flights may be delayed due to the "wildlife issue."

According to American Airlines, the macaque, named Dawkins, was flying to San Antonio to be placed at the Born Free Primate Sanctuary in La Salle County, Texas.

🐒 UPDATE: Monkey is from @BrownUniversity and is now going to Born Free USA Sanctuary in the San Antonio area. According to their post, it looks like the monkey’s name is Dawkins. #kens5eyewitness pic.twitter.com/Q986cCtDmk

By Monday night, Dawkins made it to his new home, a nearly 200-acre sanctuary in Cotulla called Born Free USA.

"The hope is to really have his life be as close to being in the wild as possible," said Prashant Khetan with Born Free USA. "We can't replicate what it would be like in Africa, but our goal at the Born Free USA Sanctuary is to get as close as possible.">