Man dumps puppies behind dumpster after trying to turn them in to SAPA!

Two puppies were left behind a dumpster on Friday by a man who tried to turn them in to San Antonio Pets Alive! 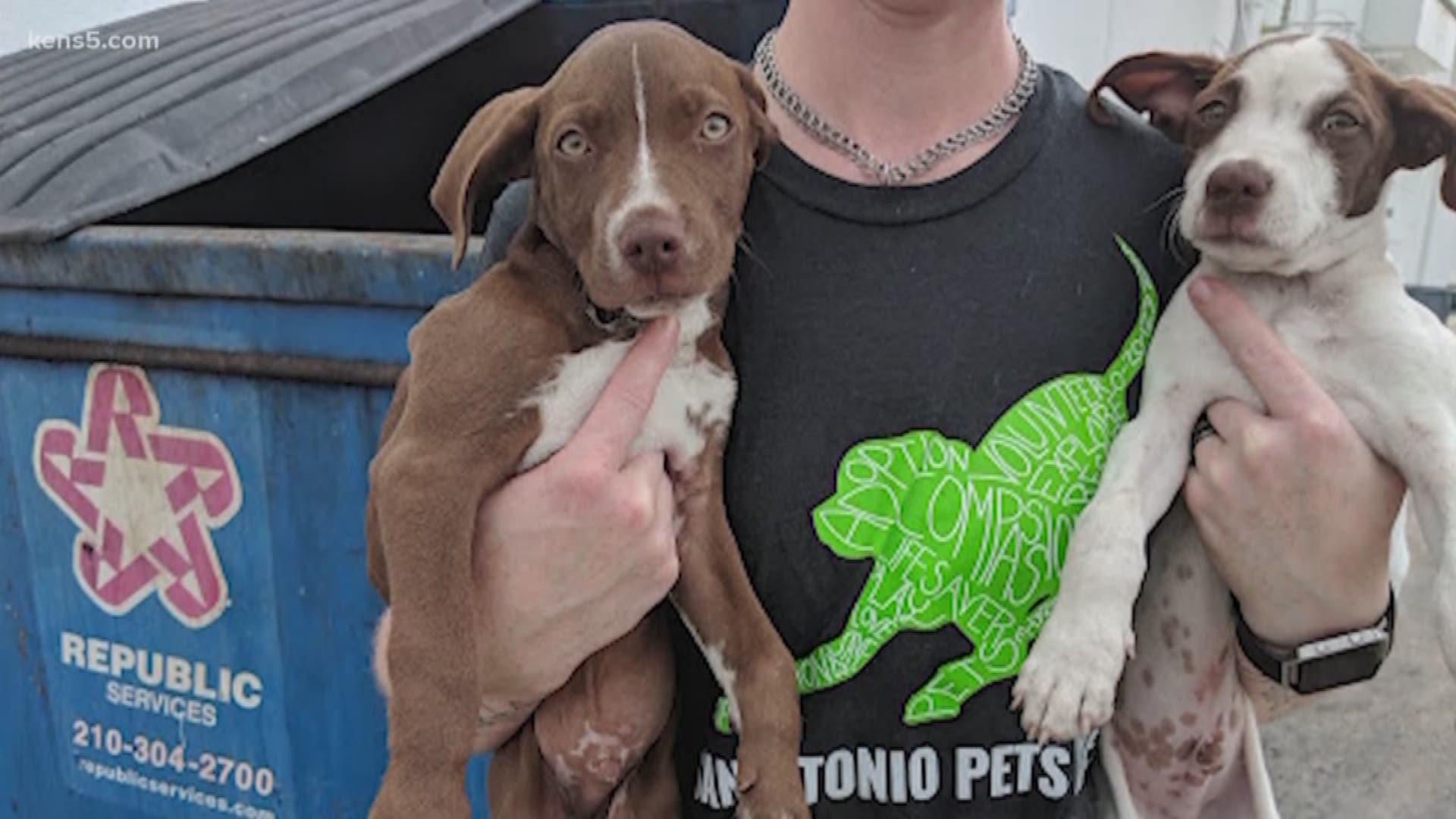 Kylie Brasher with SAPA says that the puppy brothers Bowie and Crockett were left in a dumpster behind Culebra Meat Market after a man showed up to SAPA trying to drop them off.

“We let him know that the city shelter is the best place to take in strays, that way, if someone is looking for them, they have a chance to reclaim or get adopted from there,” Brasher said. “[There was] no indication he wasn’t willing or able to take them there and no indication that the puppies were sick.”

“Every time it rains and floods, we see more sick puppies coming in, especially those that are strays and exposed to the elements,” said Brasher, who noted that SAPA is working to get them healthy and eventually adopted.

But they need help.

“It costs $500 to treat parvo, so any donations would be helpful,” she said, adding that they’re also working to pursue legal action on the man who dumped the pups. “This is very much illegal and inhumane and we want him to face charges.”

If you’d like to donate to San Antonio Pets Alive!, you can visit their official website here.