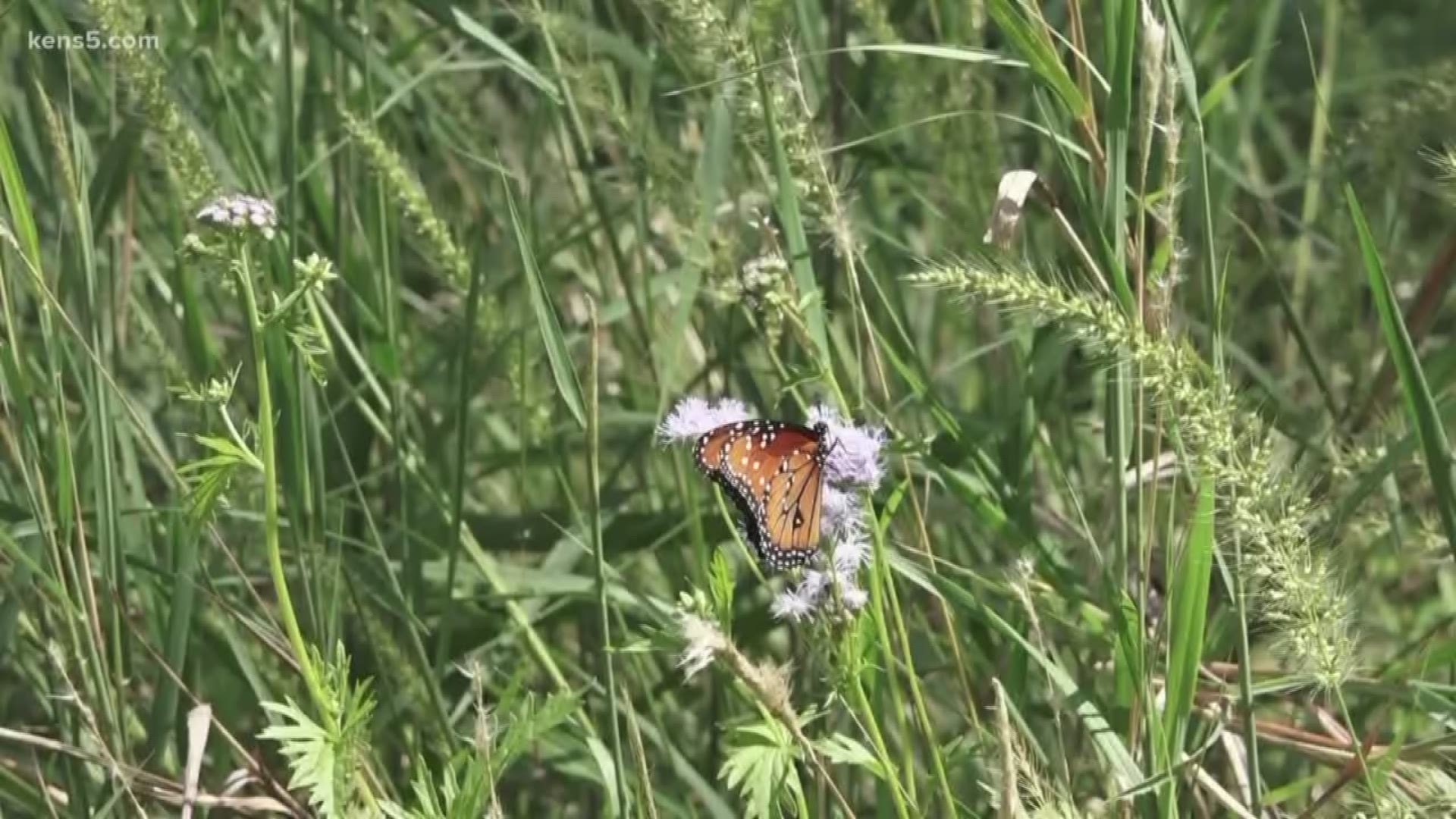 You may have spotted an unusual amount of butterflies swarming your yard or your car on the drive home. The critters are called American snout, more commonly known as the snout butterfly.

They are native to Texas and their populations typically boom after late summer rains.

Terri Matiella, a lecturer at UTSA’s Department of Environmental Science and Ecology, says the butterflies have a brownish yellow color.

“They also have a long snout, which is why they get their name,” said Matiella, who added that their population booms are annual, but recent rains make conditions just right. “When we get the summer droughts and then heavy rains, it increases their food source, which are hackberry plants and shrubby-looking trees. The caterpillars feed off those shrubs, then turn into butterflies, and then you have massive populations of butterflies everywhere.”

The American snout’s brown wings are not to be confused with the monarch butterfly, which we start seeing around late October.

“This big boom starts a little north of San Antonio and they come down the I-35 corridor, looking for resources and mates and travel in this big mass,” Matiella noted.

If you haven’t noticed them fluttering around just yet, you’ve probably noticed them caked on your car grill and windshields. Matiella says that it’s nothing to worry about.

And yes, they might be tough to get off your ride but, aside from that, they’re just out to feed off your flowers. And they make for a pretty sight.

If you have driven through a swarm of these butterflies, it’s a good idea to get your car washed as soon as possible. Experts say that the chemicals in the butterflies that can actually stain your car.