Neighbors said they could see several individuals in the garage sacrificing animals with knives. 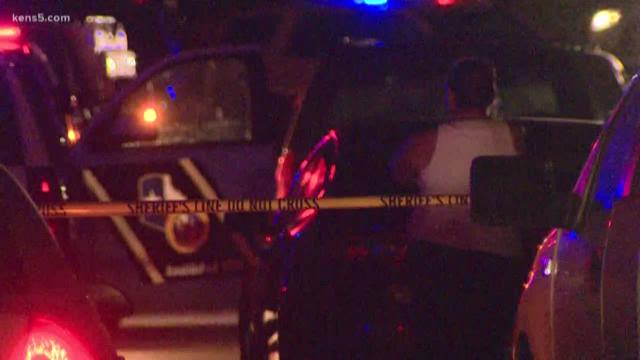 Around 7 p.m. Friday, BCSO said neighbors said they could see several individuals in the garage sacrificing animals with knives.

When deputies arrived to the 11400 block of Bronze Sand they saw the garage open with 12-14 people inside and several dead chickens, goats, and other animals.

Sgt. Elizabeth Gonzalez said one individual was seen cutting up an animal.

"It appeared that they were having some sort of ritual," Gonzalez said. "One of the other persons was holding up a chicken and draining blood into a container. There was containers there. There was heads of what looked like goats and animals dead and alive inside."

Neighbors spoke with Eyewitness News Reporter Roxie Bustamante on scene who said they saw several people standing in the garage all day and hear animal noises.

"That's pretty scary I can't get to my house," one neighbor said. "I can't believe this is happening. Before I saw a rooster or something in the backyard. I've had some issues with their dogs, but I've never seen them sacrifice anything before that but it looks like a table was out there."

Investigators are on the scene to conduct a further investigation.