A statement says that the fencing on Alamo Plaza will remain in place, "as long as events indicate it is needed." 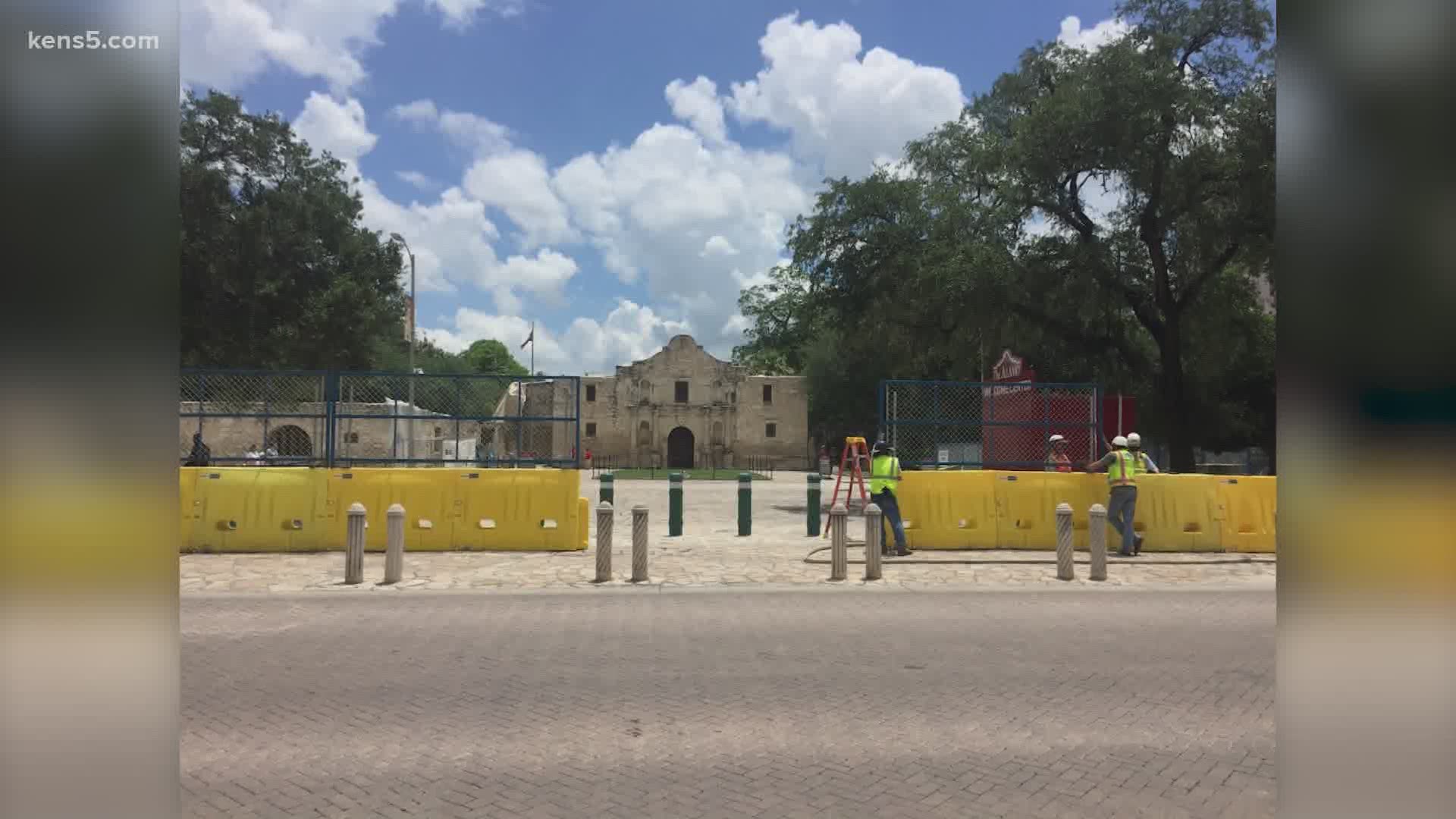 SAN ANTONIO — The Alamo is putting up new temporary fencing on Alamo Plaza in response to the unrest downtown this week.

The video of Minneapolis Police killing George Floyd has triggered widespread demonstrations across the country. Many of the protests have been peaceful, but there has also been property damage and some clashes between police and protesters. The Alamo cenotaph was defaced last week, and a group of armed citizens came with the stated goal of protecting the historic building.

Officials say this temporary fencing was put up in consultation with the San Antonio Police Department, which has been enforcing the city's downtown curfew and shutdown of the Alamo Plaza area.

They say there will be some access points for pedestrians on Alamo Street and Houston Street, and the barriers will remain in place for as long as they are necessary.