An Air Force plane crashed in northeast Bexar County on Tuesday. Thankfully, the pilots survived after ejecting from the aircraft before the plane hit the ground. 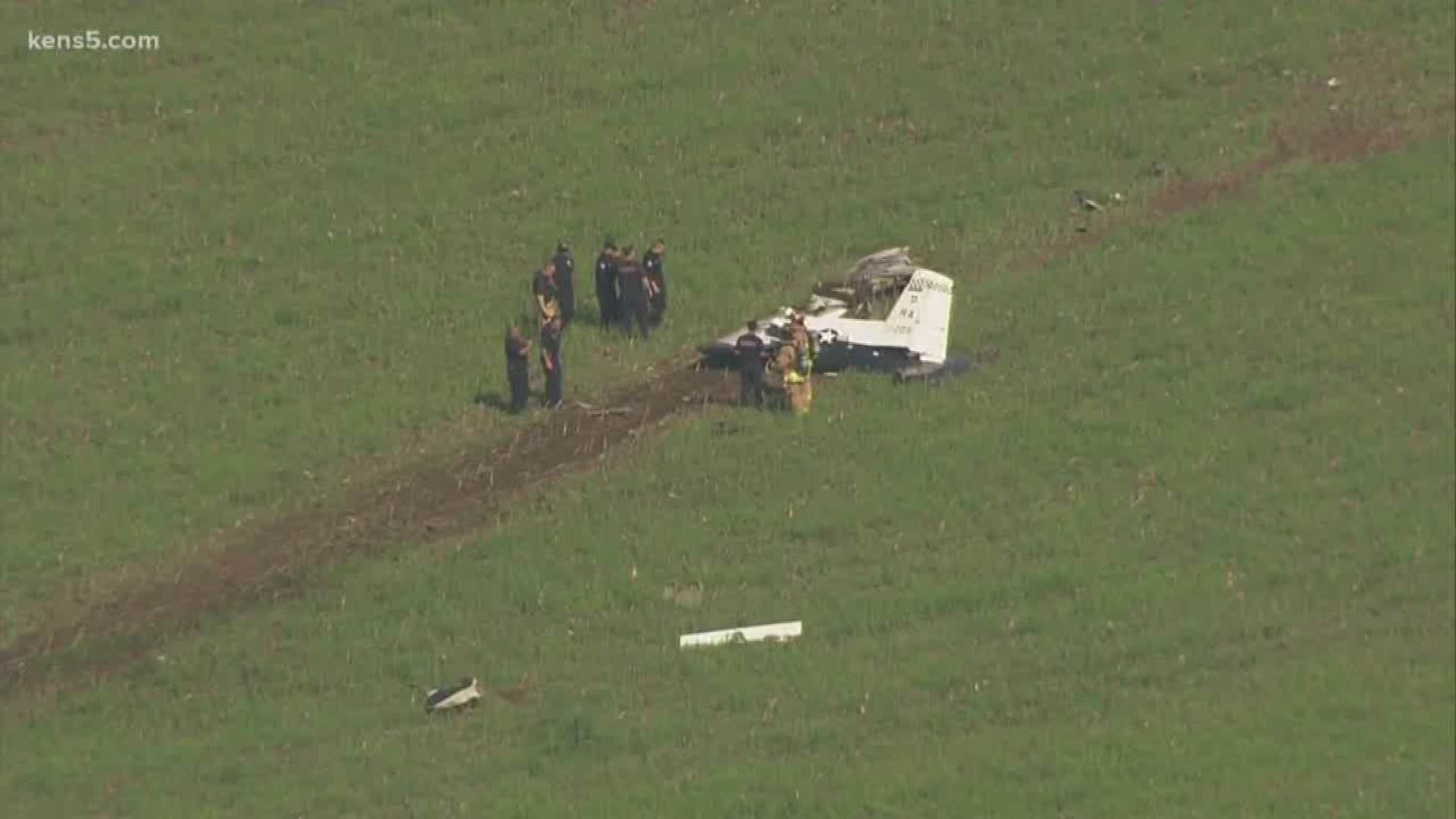 According to the San Antonio Fire Department, an Air Force plane has gone down in northeast Bexar County near Rolling Oaks Mall and Veterans Memorial High School.

Joint Base San Antonio Randolph Air Force Base public affairs says that the plane that went down was a T-6A Texan, a pilot instructor training plane designed to teach instructors, which is why two pilots were involved in a one-plane incident.

SAFD says that there was only one plane involved in the incident and both pilots have survived after ejecting from the plane.

In a press release, JBSA-Randolph said that it has suspended flight training for now. And, according to Randolph officials with the 12th Flying Training Wing, all the evidence will be preserved for a formal safety board to review.

Cesar Rodriguez, an eyewitness who saw the plane crash, is a retired Air Force photojournalist.

"I witnessed one of the parachutes coming down, which I think was the pilot, because he's usually the last one to eject on any aircraft fighter," he said. "He barely missed the power line."

The two crew members were taken to the Randolph clinic as a precaution.