The retired pastor said he tracked the package to the North Houston postal distribution facility, where he said it sat for 10 days. 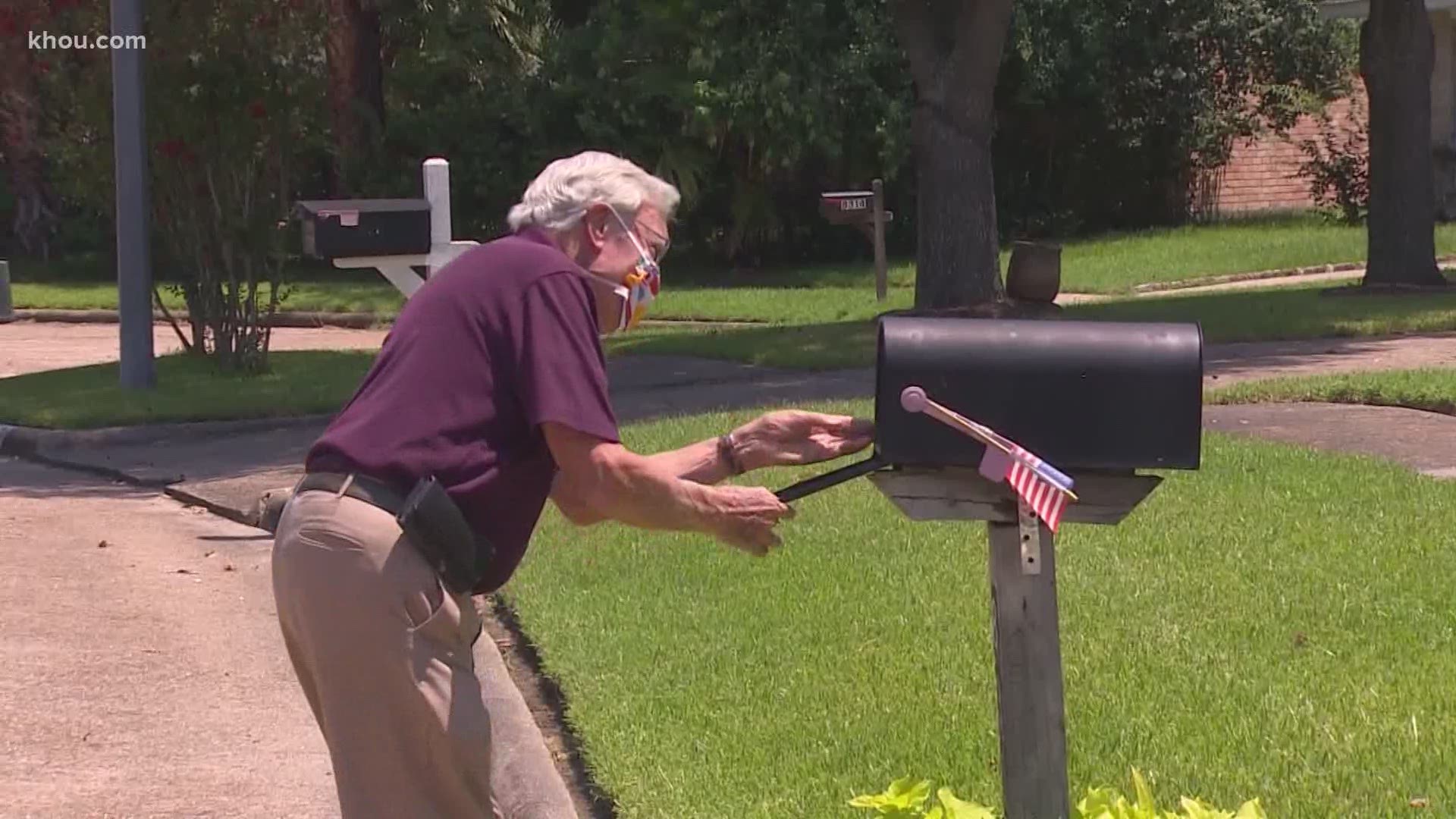 HOUSTON — We’ve been reporting on a man from Humble who experienced a long delay in getting his heart medication in the mail.

He said, despite his experience, he intends to vote by mail in November.

He went a week without the pills he needs daily for his heart condition.

"I'll admit, I began to get nervous after about the fourth or fifth day, and I had already gone through my emergency supply,” White said.

The retired pastor's prayers were answered when the package finally arrived Monday afternoon. He said he tracked it to the North Houston postal distribution facility, where he said it sat for 10 days.

White said he worries about the postal service and those who depend on it.

"Apparently funding is the critical issue, which it hasn't gotten," White said.

He said despite what’s going on with the postal service, he and his wife Vivian, who also has health issues, will be voting by mail.

“That’s mainly because Vivian's mobility issues make it difficult for her to go out and go into the election place," White said,

But he likes the convenience of mail-in ballots, and in a pandemic, the safety.

White said he and his wife will vote by mail extra early this time and may even drop off their ballots in person at the county clerk’s office.