The crash happened along I-10 westbound at Roosevelt just after 9 p.m. Friday. 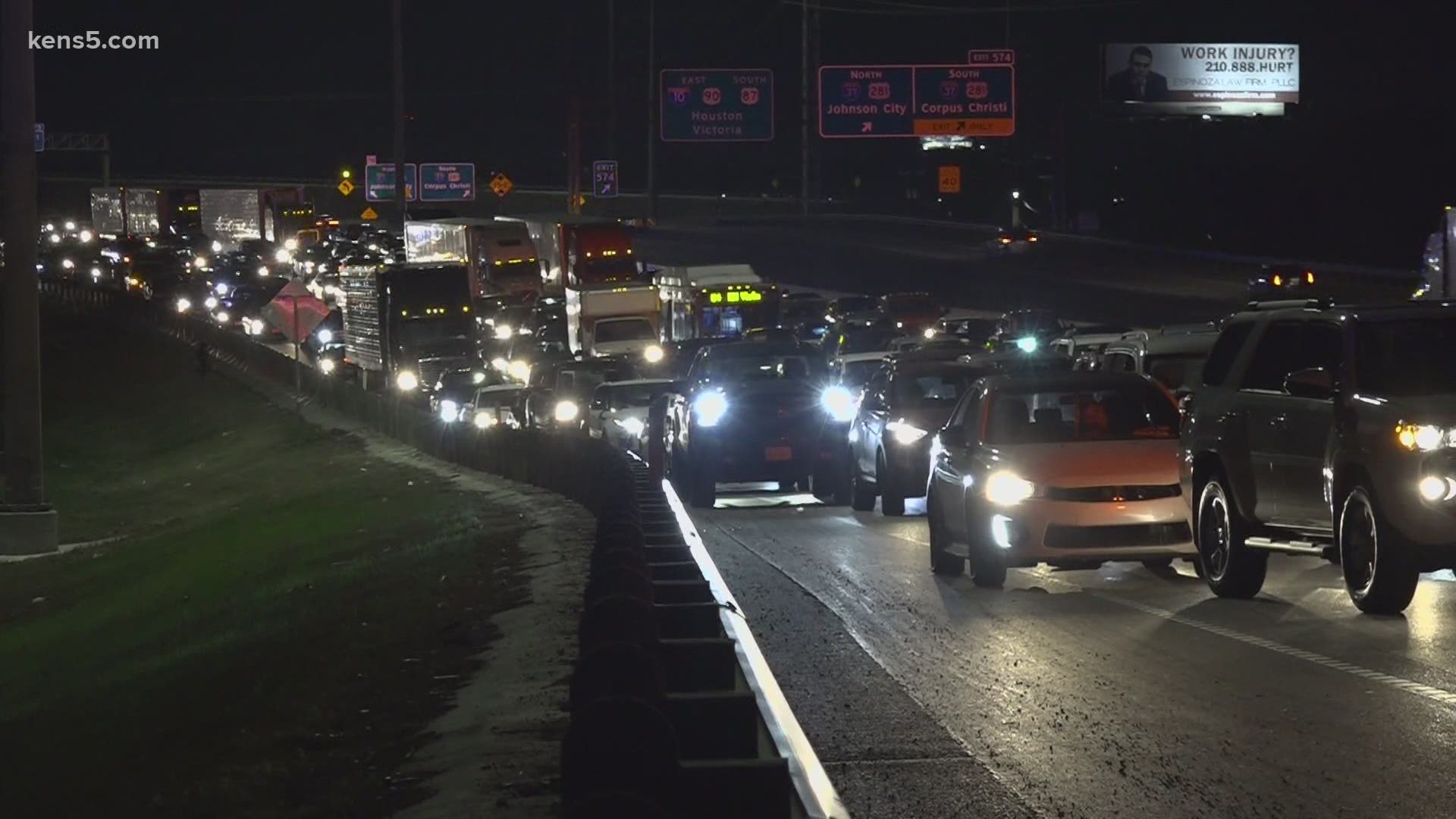 SAN ANTONIO — Five people were taken to the hospital and several lanes of I-10 were shut down Friday night following a 6-car pileup.

SAPD and SAFD were called out to a major crash at I-10 westbound near Roosevelt shortly after 9 p.m. Friday.

When they arrived at the scene, crews found a 6-car pileup.

According to an official with SAPD, it is believed that a gold Mercury Mountaineer SUV was driving the wrong way, which caused a crash that resulted in the pileup.

The driver of the SUV took off from the scene on foot and has not been arrested at this time.

A total of five people were taken to various hospitals as a result of the pileup, with at least one person being transported in critical condition.

The westbound lanes of I-10 were shut down at I-37, backing up traffic for multiple hours. Those lanes have since reopened.