At least 26 animals have been seized from a Northwest-side dog training facility Wednesday following an investigation launched by the FBI. 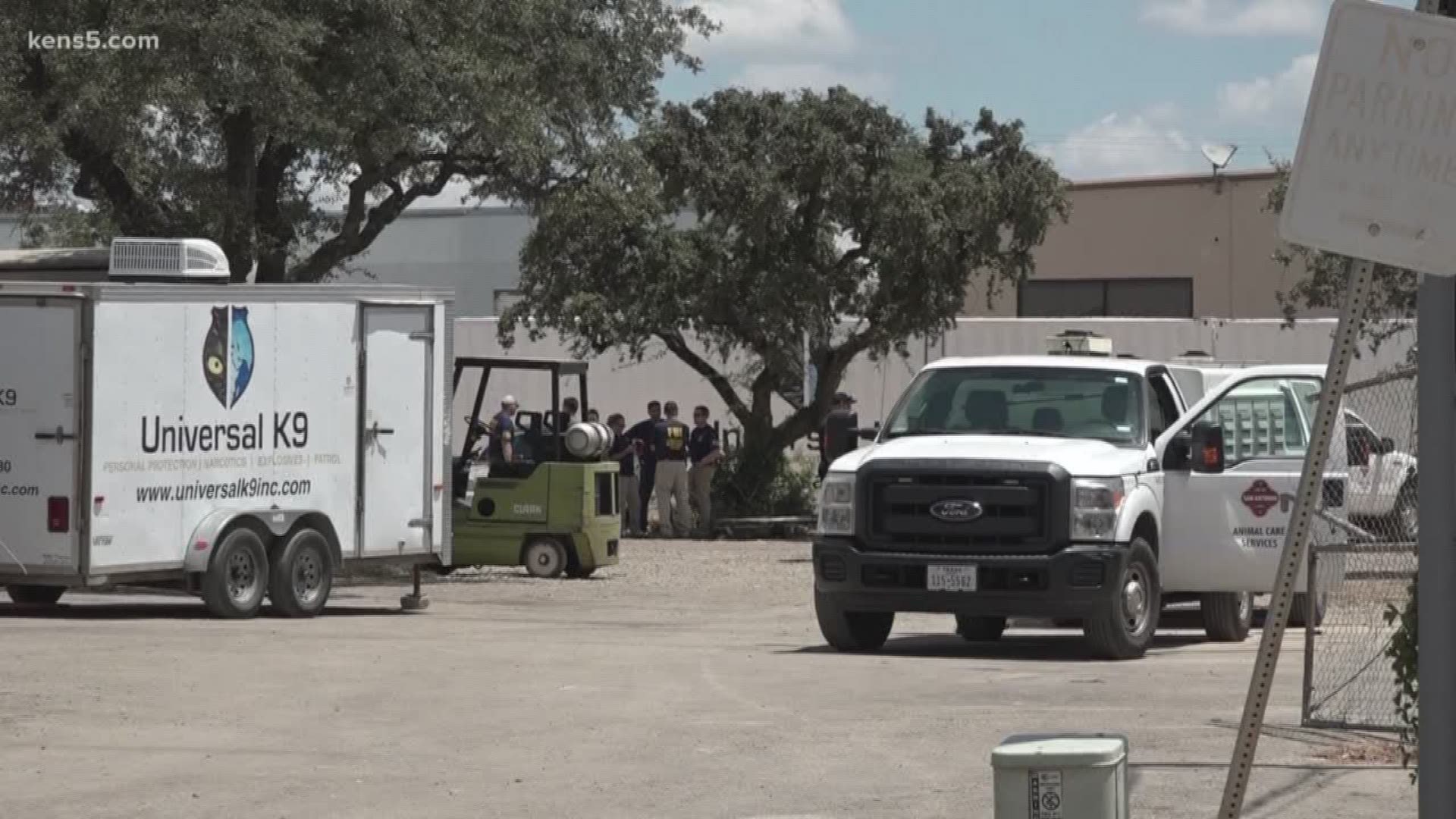 At least 26 animals have been seized from a Northwest-side dog training facility Wednesday following an investigation launched by the FBI.

According to its website, Universal K9's mission is, "to save dogs to help law enforcement and veterans succeed in the real world."

However, Animal Care Services reported it seized 26 of the 31 animals living in the facility in the 15000 block of Tradesman Road Wednesday.

ACS said they were only involved to help transport and house the animals and were not involved in the investigation in any way.

"The dogs are in relatively good condition. We're not taking animals here for cruelty reasons or anything like that...just in support of the investigation that the agents have going on,” said Shannon Sims with Animal Care Services.

Sims says the animals will be screened and sorted. ACS is trying to determine ownership, adoptability and possibly whether some of the dogs have to be put down.

In the meantime, students who came to Universal K9 for its recertification training, handler’s course, training and K-9 interdiction don't know what to do.

All the way from Washington State, Andres Torres Chavez's future is on hold because of an investigation. “They keep saying fraud or something like that,” he said. “Some of the students figured something kind of shady was going on."

KENS 5 reached out to Universal K-9, but has not received a response.