Not that many people needed a reason to pop open a bottle of Idaho's finest, but Thursday is National Drink Wine Day 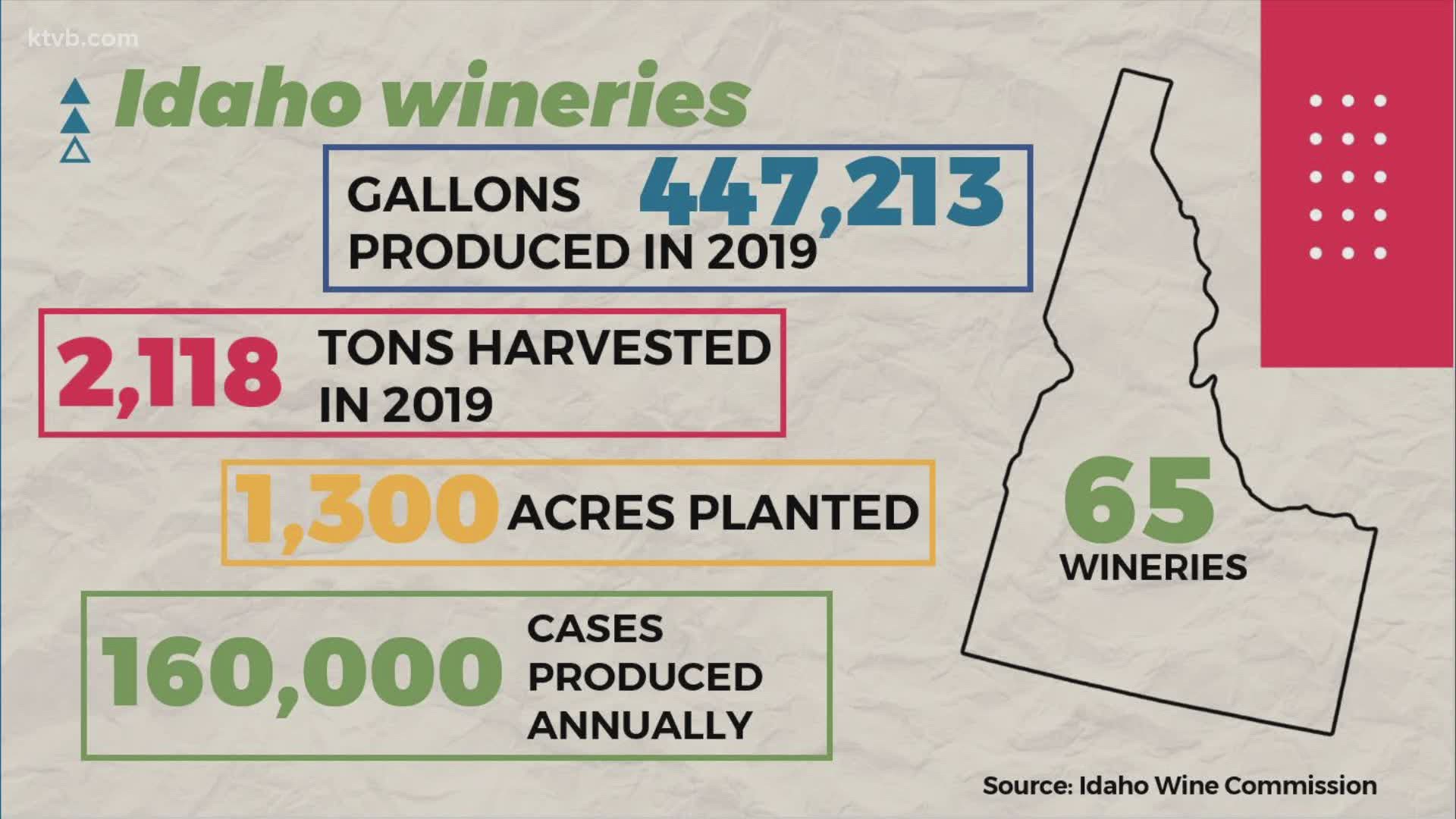 BOISE, Idaho — Idaho may be the Gem State and known for its famous potatoes, but another agricultural industry has its own deep roots in the state; wine.

With over 65 wineries across the state, Idaho's unique climate is perfect for growing grapes used in wine. In 2019, the Idaho Wine Commission estimated that the state harvested over 2.1 tones of grapes, producing 447,000 gallons annually, equaling to 160,000 cases of wine.

While many Idahoans pop open a bottle of their favorite red or white wine on National Drink Wine Day, they should raise a glass two French and German immigrants who planted grapes in Idaho in 1864, before any were planted in Oregon or Washington.

Idaho's wine industry was doing well until prohibition started in 1916. While it officially ended in 1933, it'd be another 40 years until grapes were planted in Idaho again.

Thanks to Idaho's cold winters, grasp are able to grow their vines dormant, while waiting out the cold and ridding itself of bugs and diseases. The grapes also grow well thanks to Idaho's hot summers.

Idaho's cold nights and hot days work to balance out the acids and sugars in the grapes, providing a better tasting wine. The state's lack of rain also helps farmers control water through irrigation.

Last month, a study found that Idahoans drink 1.21 gallons of wine per capita, the highest amount in the country. Georgia was in second place with .25 gallons consumed per capita.